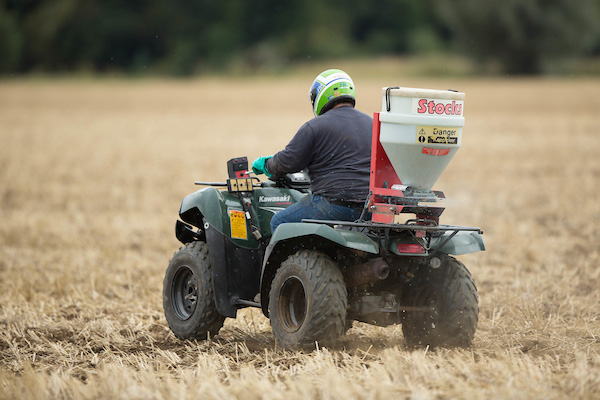 The government faces a High Court challenge over Defra secretary Michael Gove’s decision to ban metaldehyde slug pellets – with a view to declaring it unlawful.

Permission to bring a judicial review of the decision has been granted to Chiltern Farm Chemicals – one of the UK’s largest suppliers of molluscicides, Farmers Weekly can reveal.

The High Court hearing is expected to take place as soon as next month.

As it stands, the sale and distribution of metaldehyde slug pellets will end on 30 June because of what the government argues is an “unacceptable” risk to birds and mammals.

Farmers will have a further year to use up existing supplies.

“It is clear that the risks to wildlife are simply too great,” he said.

But Chiltern argues that the government ban ignored advice from its own chemicals regulation division, which had proposed in 2015 that essential uses of metaldehyde could continue in conjunction with a form of stewardship programme.

“We hope that this legal challenge will have a positive result for the industry,” said Chiltern’s director Philip Tavener.

“We are seeking to quash the re-registration decision, which will mean it has to be reconsidered afresh.”

The approved stewardship programme was launched in 2017 by the industry-led Metaldehyde Stewardship Group.

Concern over the withdrawal of plant protection products was repeatedly raised by farmers and industry leaders during a series of arable seminars at this week’s Cereals event, held on 12-13 June at Boothby Graffoe, Lincolnshire.

NFU combinable crops chairman and Essex grower Tom Bradshaw said: “We continue to have challenges – including the removal of chlorothalonil and metadehyde – and we continue to lose active ingredients.

“We have to turn this into a positive discussion about what our sector provides for society.”

Chiltern argues that the situation is especially unfair because 21 other EU member states continue to have access to metaldehyde products.

The government rejected a formal request to extend the use-up dates for metaldehyde on 11 April.

The UK ban leaves the more expensive ferric phosphate pellets as the only approved active for use on arable crops, although metaldehyde will still be permitted within glasshouses.

A Defra spokesperson said: “As set out in the 25 Year Environment Plan, we want to make sure that farming in this country minimises the need for pesticides, with alternative methods used whenever possible.

“In December 2018, we announced further restrictions on the use of metaldehyde due to the risks to wildlife. There are alternative pesticides containing ferric phosphate which provide effective control of slugs and snails without carrying the same risks to wildlife.”