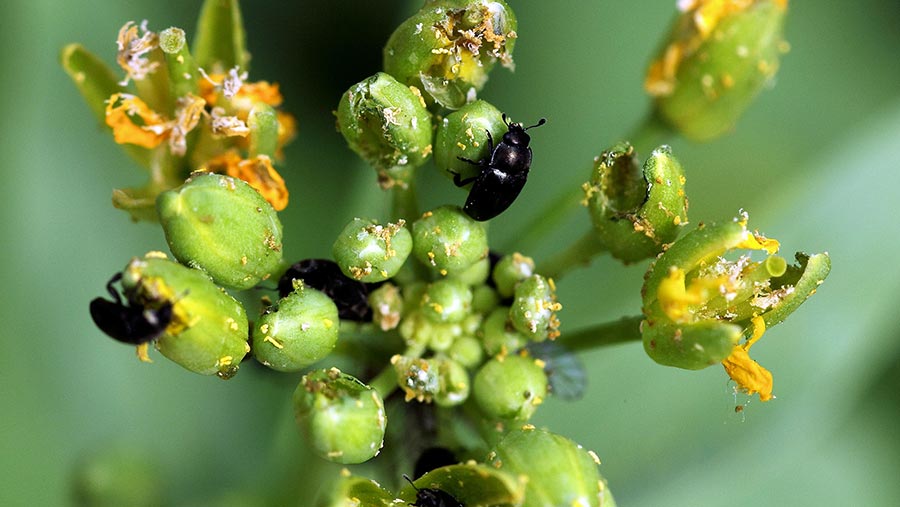 The neonicotinoid insecticide thiacloprid, as used in Biscaya and applied to oilseed rape, cereals and potato crops, is set to be banned by the EU.

A majority of EU governments has voted against renewing the licence for thiacloprid, but details of when sales will be restricted and use-up periods are yet to be confirmed.

The neonicotinoid is a systemic insecticide which controls pollen beetles and the aphids which transmit turnip yellows virus in oilseed rape and aphids in potatoes. It has emergency clearance for control of the aphids which spread virus yellows in sugar beet.

It can also reduce the damage from wheat blossom midge in wheat crops and also aphids in a range of vegetables, including peas.

In 2013 the EU banned three other neonics – imidacloprid, clothianidin and thiamethozam – for use in flowering crops, such as oilseed rape, due to the dangers they pose to bees.

It then extended the ban in 2018 to include crops such as winter cereals and sugar beet, and this is the first season that winter cereal growers have been unable to use neonicotinoid-containing seed dressings such as Deter (clothianidin).

Biscaya manufacturer Bayer said it respected the decision of the EU member states regarding the non-renewal of the thiacloprid licence, but it continued to believe that the product could be used safely when appropriate risk mitigation measures were applied.

The company added that thiacloprid-based products were an important tool for farmers across the EU, especially for minor crops.