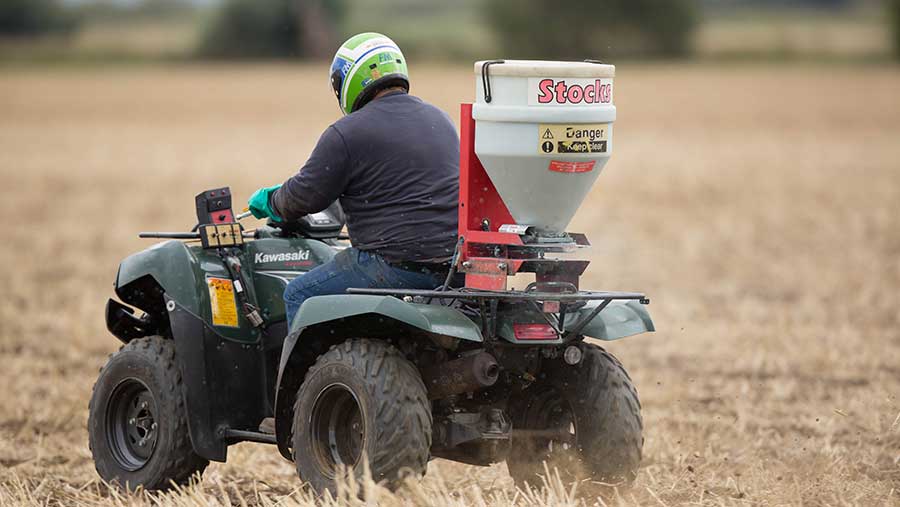 Arable farmers in Cheshire and North Wales can benefit from half-price slug pellets this winter, as part of a water company initiative to encourage the use of ferric phosphate instead of metaldehyde.

Traditional slug pellets contain the active ingredient metaldehyde, which is being detected in water at times of peak use and high rainfall.

To address this risk, the industry has in recent years implemented a number of measures, including strict application limits and promoting best practice for using metaldehyde pellets.

However, United Utilities is taking a more proactive approach by attempting to encourage farmers in three of its surface water safeguard zones (River Dee, River Dane and the Llangollen Canal) to use more expensive ferric phosphate pellets, by offering a financial incentive.

Kate Snow, from United Utilities, said: “We’re offering farmers 50% off the price of ferric phosphate pellets and, if they’ve already bought metaldehyde, we can help them make the switch at no extra cost.”

Switching to ferric phosphate also simplifies slug pellet applications, with just one product being used. That is because many farmers are already using some ferric phosphate, as metaldehyde cannot be used within 10m of a field boundary or watercourse.

Farmers can find out if they are eligible for any of United Utilities’ offers by contacting their local catchment adviser.