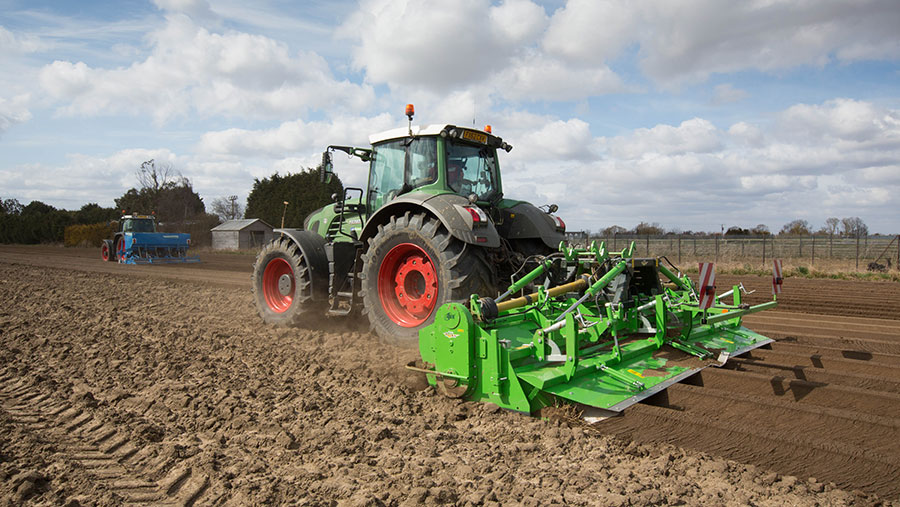 See also: What agronomists say about a urea fertiliser ban

Until now, application was limited to in-furrow at the time of planting, and it is the only potato nematicide option that can be sprayed.

Jack Hill, Bayer roots and horticulture commercial manager, said the news would be welcomed by growers, as it extends the opportunities for nematode control while reducing the workload at the time of planting.

“In terms of performance, there is little to separate either means of application,” said Mr Hill.

While performance is comparable across both methods, there are two important practical distinctions worth noting.

“The application rate of 0.625 litres/ha is the same for both methods of application,” said Mr Hill. However, he points out that where Velum Prime is applied by overall spray it should be done in at least 200 litres/ha of water rather than 100 litres/ha for in-furrow applications.

“Second, incorporation to a depth of 10-20 cm must take place up to three days before planting,” added Mr Hill.