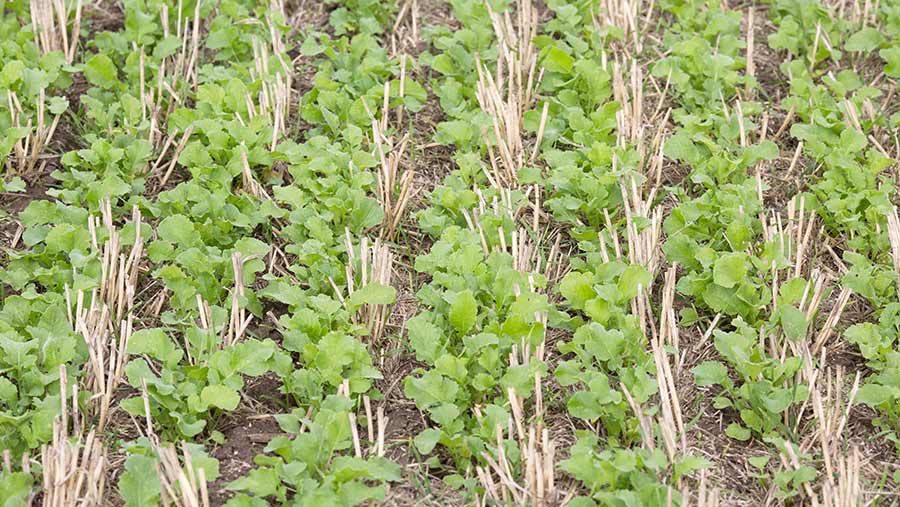 Growing cover crops does not increase slug pressure in the following spring crop, according to new research.

There has been anecdotal evidence that establishing a cover crop will lead to increased winter populations of the pest, thereby increasing the risk of crop damage in spring crops drilled after a cover crop.

A key concern for Natural England was that while farmers were being encouraged to grow cover crop mixes in the autumn to reduce nitrogen leaching, it could inadvertently lead to another water quality problem.

“We didn’t want to incidentally increase the need for slug pellets, by encouraging the use of cover crops,” explained Andrew Russell, catchment sensitive farming officer for Natural England.

“This could potentially increase metaldehyde usage and have an adverse effect on the positive work we are doing to protect water quality,” he said.

To investigate the impact on slug numbers, field-scale trials were carried out in Oxfordshire and Hampshire. Five to six plots per location were planted with cover crops, and a field of wheat stubble was used as a control.

Slug numbers were monitored on a weekly basis and they found very little difference in slug numbers when comparing cover crops such as mustard, winter vetch and forage rye and the wheat stubble.

“We also discovered that slugs had aversions to particular crops, such as mustard,” Mr Russell added.