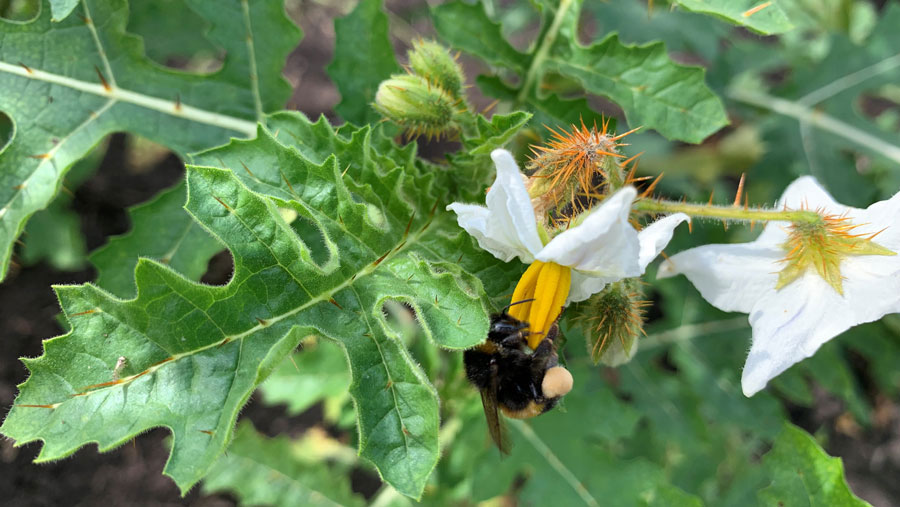 Funded by Defra and Innovate UK, the project will look at solanaceous trap crops, which stimulate PCN to hatch at a different point in the rotation to when potatoes are planted.

As a result, mature female PCN are prevented from completing their lifecycle, which reduces the impact on potato crops.

Work will focus on investigating the performance of three solanaceous trap crops to determine the best species and agronomic guidelines for effective PCN suppression. These being:

Matthew Back of Harper Adams said: “PCN is the most prevalent potato pest in the UK. Infestation can mean yield losses of up to 80%, and is estimated to cost the GB potato industry a huge £25.9m each year.”

He said that as crop protection chemistry such as nematicides are revoked, and control measures limited, growers have to investigate alternative methods such as trap crops, to ensure a viable future for potatoes within their rotations.

It is hoped that by understanding agronomic best practice such as sowing dates, weed control and general management, trap crops will become more appealing to growers.

James Lee, of Produce Solutions, said: “We need all the tools available to us to control PCN, particularly if we lose a further nematicide option, and adoption of solanaceous trap crops could mean an increase in resilience and maintain productivity for the UK potato industry.

“An additional benefit is because they are chopped and incorporated into the soil, they add organic matter and increase carbon storage. This is especially important given the move to more regenerative farming systems and emerging carbon markets.”