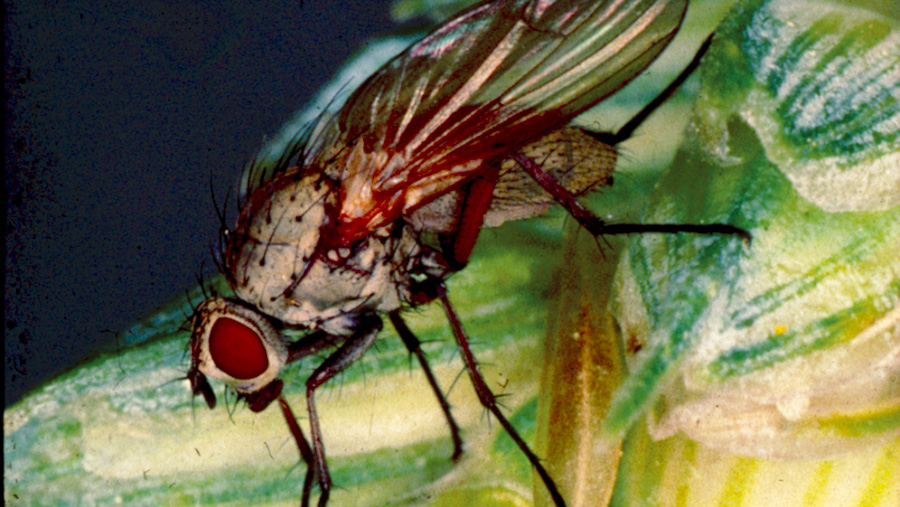 A recent survey’s prediction that it is likely to be a low-risk year for wheat bulb fly will be welcome news for cereal growers, especially as some chemical treatments are now banned.

All cereals, except oats, can be attacked by the pest, although it is largely reported in wheat.

Incidence of the insect is likely to be low this season due a dry harvest time.

The AHDB survey shows 2016 ranks among the lowest-risk years for the pest since records began in 1984, and comes after the recent losses of authorisations for egg-hatch (chlorpyrifos) and deadheart (dimethoate) sprays.

Steve Ellis, who led the survey at crop consultants Adas, said: “Monitoring began back in 1984 and only four years, including this year, have seen risk levels so low.”

The recent loss of control options has resulted in the simplification of the threshold recommendations for the pest, which are now based on seed treatment alone.

The latest survey findings reveal that average egg numbers were low for both eastern sites (90/sq m) and north-eastern sites (89/sq m) and that most sites could be categorised as low risk.

“The basic message is simple: the higher the egg count and the later the drilling date, the greater the risk to wheat and barley,” said Caroline Nicholls who manages the pest research at AHDB.

The most appropriate threshold to use depends on drilling date: