More than three-quarters of surveyed growers and agronomists say they have suffered yield loss from aphid-spread barley yellow dwarf virus (BYDV), with the emergence of tolerant winter barley varieties seen as a key development in control of the disease.

The virus is considered to be in equal third place with slugs as having the most detrimental impact on the farm – behind blackgrass and Septoria tritici.

Most growers and agronomists agree the development of varietal resistance and tolerance is critical to controlling BYDV.

This comes after neonicotinoid insecticide seed treatments in winter cereals to control the aphids that spread BYDV were banned in late autumn 2019, leaving pyrethroid spraying as the only means of control and so focusing attention on plant genetics. 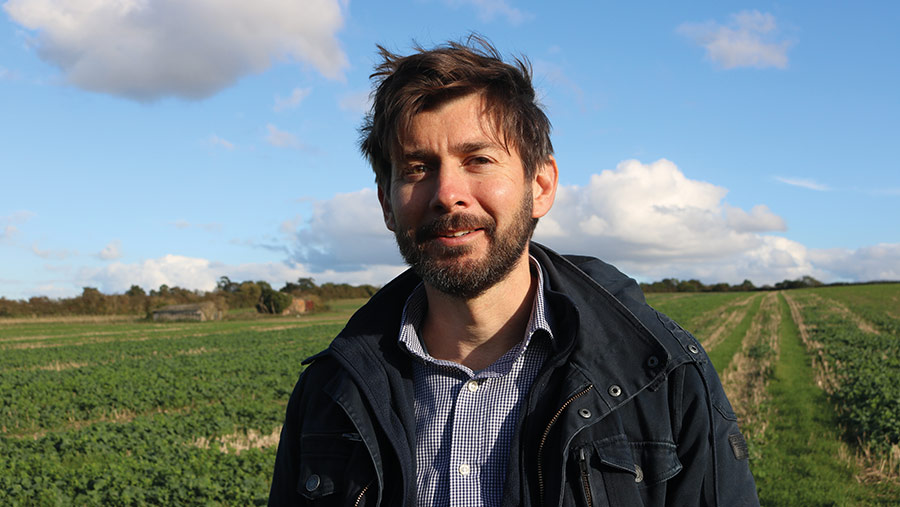 “In autumn 2021, winter wheat and barley crops faced the highest BYDV pressure since the loss of neonics, although conditions in recent years haven’t really favoured the virus,” he says.

Some 77% of growers and agronomists say they have suffered a yield hit from BYDV in a survey conducted by plant breeder KWS from 237 respondents after harvest 2021 – the first full year winter cereals could not be treated with neonicotinoid seed dressings.

In addition, 70% of growers and agronomists say developments in plant breeding are critical to control BYDV in the future, especially as winters tend to be getting milder and so aphid survival is higher.

“For 77% of growers to say they’ve suffered a yield hit as a consequence – that’s an astonishing figure,” says Olivia Potter, technical specialist at KWS.

BYDV is transmitted into crops, mainly during the autumn by the bird cherry oat aphid (Rhopalosiphum padi) and grain aphid (Sitobion avenae).

Their numbers are monitored by Rothamsted Research through a network of suction traps and by Adas at a network of farms.

Dr White adds that although more of these aphids were found in-field than in the previous two years, it not all bad news, as analysis of the aphids shows fewer carried the virus compared with in the autumn of 2020.

An AHDB-funded project is in its final year and aims to give growers a more refined approach than the current T-Sum model, as the main risk to crops come from secondary transmission.

Initial infection comes into spots in the field and spreads out from these primary foci as aphid numbers multiply.

However, he says the T-Sum tool, based on cumulative temperature after aphids first appear in crops, could result in spraying with pyrethroids five or more times in a typical season, so guidance hasn’t really moved on much since the 1980s.

“A new model, the Adas Crop BYDV Assessment Tool (ACroBAT), takes into account the proportion of aphids carrying the virus, crop type, drilling date and plant density, weather and also makes a financial assessment of whether it’s worth spraying,” he says

Initial results from tramline trials show that ACroBAT is recommending about half the number of pyrethroid sprays compared with the T-Sum tool, while providing similar protection.

The new tool, however, won’t be ready for use until autumn 2023 at the earliest.

Drilling later is one of the more effective ways to avoid infection as aphid activity generally slows down after late October, while taking out green cover between harvest and drilling reduces the habitat aphids favour.

However, varietal tolerance or resistance is a really key integrated pest management component available to growers.

The first winter wheat variety resistant to BYDV Wolverine was included in the AHDB Recommended List (RL) in 2021-22, while the following year the tolerant six-row conventional winter barley variety Feeris was added to the list for 2022-23.

The main difference between the two is that the virus doesn’t develop in a resistant variety.

“The virus will spread in a tolerant variety and can be transferred from there to other crops. But the tolerant variety itself will show few symptoms and suffer little or no yield loss,” says Dr White.

So how does BYDV tolerance translate into value?

This has also been the subject of AHDB-funded work, and two Recommended List barley trials in Dorset, 1.5km apart, were drilled on 15 and 25 September 2020, with only the earlier trial receiving a pyrethroid spray in November.

There were two varieties in the trial claiming to have BYDV tolerance that developed little or no symptoms of the virus, and these scored 103% and 108% of the trial mean where there were no BYDV symptoms.

“But in the BYDV-infected trial, tolerance to the virus translated into a 21% and 23% respective yield increase.

“So where BYDV is a serious threat, it does look as though this trait is useful with measurable yield benefits,” says Dr Gosling. 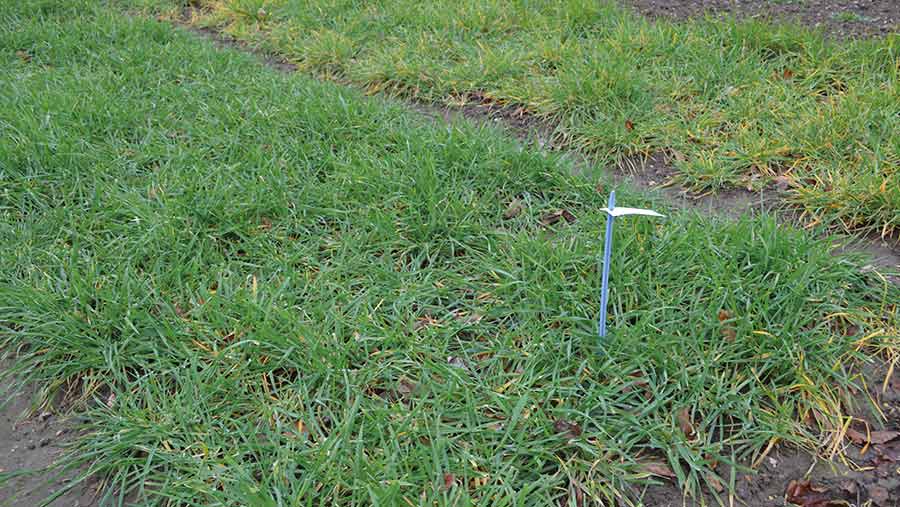 The KWS variety Feeris was one of the varieties in the trial, and the outcome of the Dorset trial comes as no surprise to the group’s UK winter barley breeder Gabriella Everett, as she has seen similar results in the group’s own trial plots.

“Pressure from the virus is much higher in France than in the UK. The tolerant gene, ryd2, has been around for about 50 years,” she says.

Amistar was the first of these to come to the UK, while Feeris is a cross of this with Kosmos, a high-yielding six-row variety that’s proven popular in Germany.

The newcomer comes on to the 2022/23 RL with a treated yield score of 103%. While that puts Feeris just behind the hybrids, it has the lowest screenings of the six-rows on the RL, adds Ms Everett.

“Feeris does particularly well in the West and fills the grain. It’s notably stiffer than most of the hybrids, with good scores for rhynchosporium and net blotch. Feeris has a thick leaf and vigorous growth that smothers out blackgrass, just like the hybrids,” she says.

BYDV tolerance brings a step on in resilient genetics

Philip Simons, agronomist with consultant Prime Agriculture in Norfolk, says the fall out from autumn 2020 – the first year of no neonicotinoid use – brought home just how much growers missed products such as Deter (clothianidin) and how important alternative solutions are going forward.

“For winter barleys drilled at the end of September, the cleaner-looking crops received two sprays before Christmas,” he says.

In the bad spots, BYDV infection can be devastating, with up to 30-40% yield losses seen. But for barley, Mr Simons wouldn’t recommend late drilling to reduce the risk.

“Growers looking to drill in September should seriously consider growing a BYDV-tolerant variety. The advantage with Feeris is that it holds its own even where BYDV isn’t a problem, and it buys you time,” he adds.

David Hill, who farms 700ha near Thetford, has been growing Feeris for two years for seed on his lighter soils in Norfolk.

Last year’s crop yielded 8.75t/ha with a good sample and a “decent” yield of straw, and this year he is growing 16ha.

He says Feeris is pretty stiff strawed with a good yield and it tillers well.

The Feeris barley was direct drilled with a John Deere 750A on 20 September into broken-up ground coming out of a fescue seed crop.

Liquid nitrogen was applied in two splits to bring the crop to 140kg/ha.

“It’s been clear of any disease, and we’re trying to avoid using insecticides across our crops, so having a variety that looks after itself is definitely a benefit.”