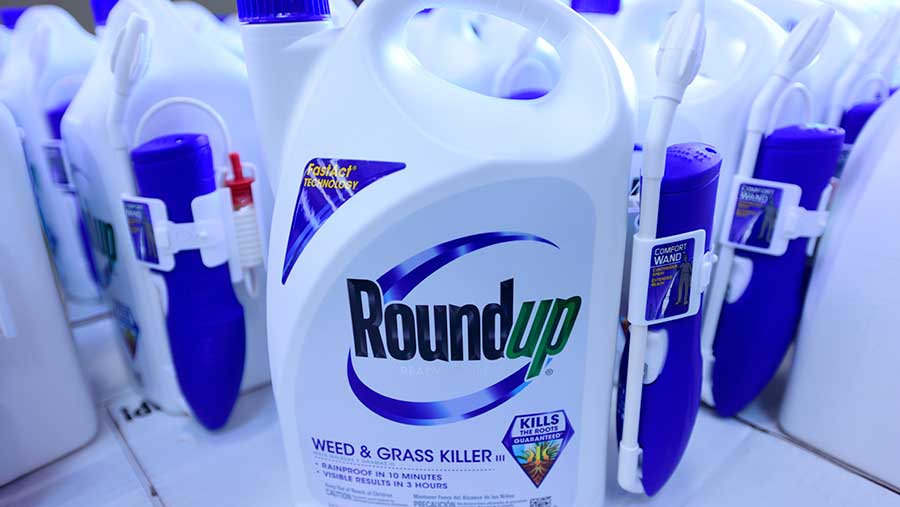 A US judge will decide whether glyphosate could cause cancer after hearing evidence from expert witnesses this week.

More than 365 lawsuits are pending against agricultural company Monsanto over its Roundup herbicide, which includes the active ingredient glyphosate.

Plaintiffs are alleging that exposure to the herbicide caused them or their family members to develop non-Hodgkin lymphoma, and that Monsanto covered up the risks.

The hearing, dubbed “Science Week”, will take place from 5-9 March in the US District Court in San Francisco.

Experts in cancer science will be called to analyse relevant research in front of Judge Vince Chhabria, who will decide whether legal action against the company will be able to proceed.

Last November the EU Commission Appeals Committee voted to renew the glyphosate licence for member states, meaning farmers in the UK will have access to the weedkiller for at least another five years.

In 2015, the International Agency for Research on Cancer (IARC) published a report that concluded glyphosate is “probably carcinogenic”. However, this news divided scientific opinion, with the cited evidence described as “a bit thin”.

Monsanto developed glyphosate in the 1970s and the weedkiller is now sold in more than 160 countries. Last year, a draft report by the US Environmental Protection Agency concluded that the herbicide is not likely to be carcinogenic to humans.

“There are more than 800 published studies — scientific, medical and peer-reviewed — which demonstrate that glyphosate is safe and there is no association whatsoever with any form of cancer,” said Scott Partridge, vice president of strategy at Monsanto.