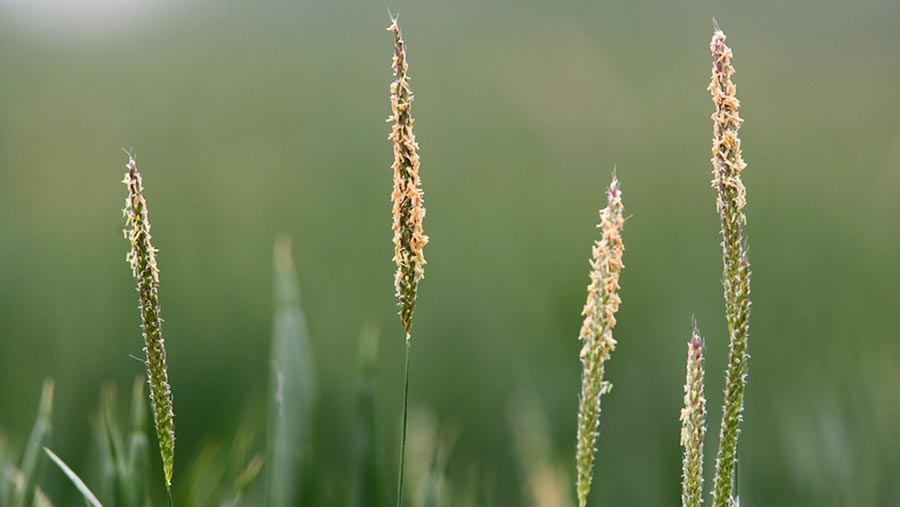 Freshly shed blackgrass seed may be slow to germinate this autumn after tests confirmed high to moderate dormancy levels, meaning growers will need to be patient when seeking to control the grassweed.

Based on weed seed samples taken across 27 parts of the UK, testing carried out by crop consultancy Adas found that on average, germination was 27%. This means the grassweed will take longer to emerge before growers can spray it off in stale seed beds.

Just as the warm, dry season pushed some crops to mature earlier than usual, these conditions had the same effect on blackgrass plants, which flowered and ripened earlier than in any season previously.

See also: How to reduce the risk of costly OSR failures

The earliest samples were collected in Cambridgeshire on 22 June, over a month earlier than in previous years.

Adas research consultant Sarah Cook says she would class 2017 as a year of moderate to high blackgrass dormancy, as last year saw average germination even lower at 22%.

Germination from seed shed this season will be slow to emerge, even where soil moisture is good – 90% emergence will occur by 60 days after drilling.

It is important to remember that these test results refer only to freshly shed seed, and any blackgrass seed that is already in the seed bank from previous years will have a different level of dormancy.

Highly dormant weed seed will have a low germination figure, while less dormant seed that germinates more promptly has a higher germination percentage.

5 points on tackling blackgrass in a high dormancy year