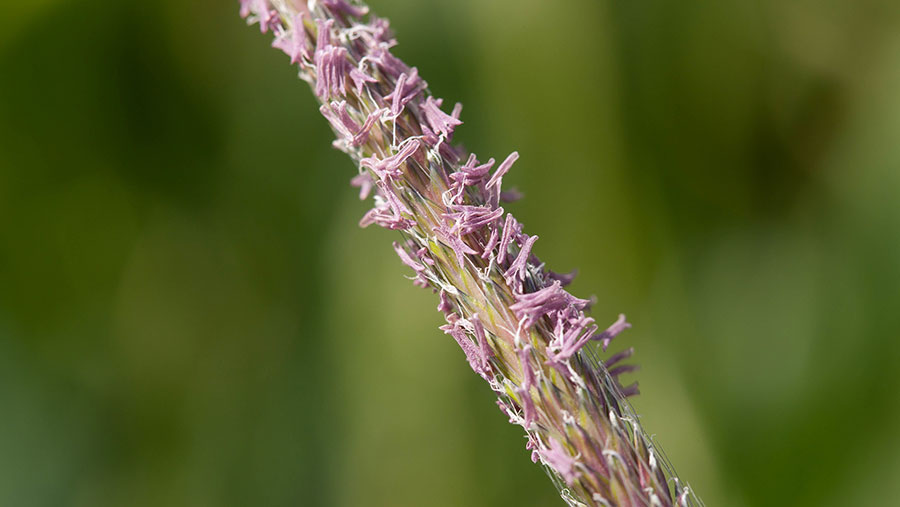 Development of a “pregnancy test”-style kit to help farmers detect herbicide-resistant blackgrass is progressing well, agronomists have been told.

The project is being led by researchers from Newcastle University. It also involves Rothamsted Research and commercial partner Mologi.

“Within plants that evolve resistance to herbicides, there are certain proteins that are produced at higher concentrations,” explained Paul Neve, of Rothamsted Research.

“This test is basically detecting the levels of those proteins in plants. We know that if they are present at high levels, it tends to be quite diagnostic of herbicide resistance.”

Once developed, farmers or agronomists would be able to go out into the field with the testing kit and test for the presence of herbicide-resistant blackgrass.

Dr Neve described the idea as a “pregnancy test”-style kit during a presentation to the Association of Independent Crop Consultants (AICC) on Wednesday (11 January).

About 250 agronomists attended the AICC annual conference, which was held at Whittlebury Hall, near Towcester, Northamptonshire.

“It is still very much a prototype but the idea would be that agronomists would have a few of these kits in their back pocket,” he said.

“When you are talking to farmers early in the season about their blackgrass or weed control options, you would be able to do a quick test to establish the resistance status of those populations.”

“It is a very similar principle to a pregnancy testing kit,” he said.

Dr Neve also told agronomists about the idea of developing “seed hoovers” to vacuum up blackgrass seed after it had been shed.

“It is a speculative idea but it is something that people have talked about,” he said.

“The idea is that after harvest there is a huge amount of blackgrass seed on the soil surface, and is there any way we can remove that seed?”

Some people had speculate the seed could be sucked from the soil surface – although the idea was in its infancy.