A quick-and-easy test to detect herbicide resistance in blackgrass could serve as an early warning of problems ahead as growers look to combat Britain’s most yield-robbing weed.

The prototype “pregnancy test”-style kit looks for a protein that is overproduced in blackgrass plants that are resistant to certain herbicides and can give a clear result in about 10 minutes.

If the protein is present, a red band will show in a small window on the hand-held device, which is sensitive enough to detect the molecule in the early stages of blackgrass growth.

The aim is to help growers and agronomists make management decisions early on, as the protein related to resistance will be present in blackgrass even before any herbicide is applied.

Still in its developmental stage, the pocket-sized molecular diagnostic device is part of a wider blackgrass resistance initiative, funded by the Biotechnology and Biological Sciences Research Council (BBSRC) and the AHDB.

The science behind the tester has been developed by scientists at Newcastle University in partnership with Rothamsted Research, Sheffield and York Universities and the Institute of Zoology. 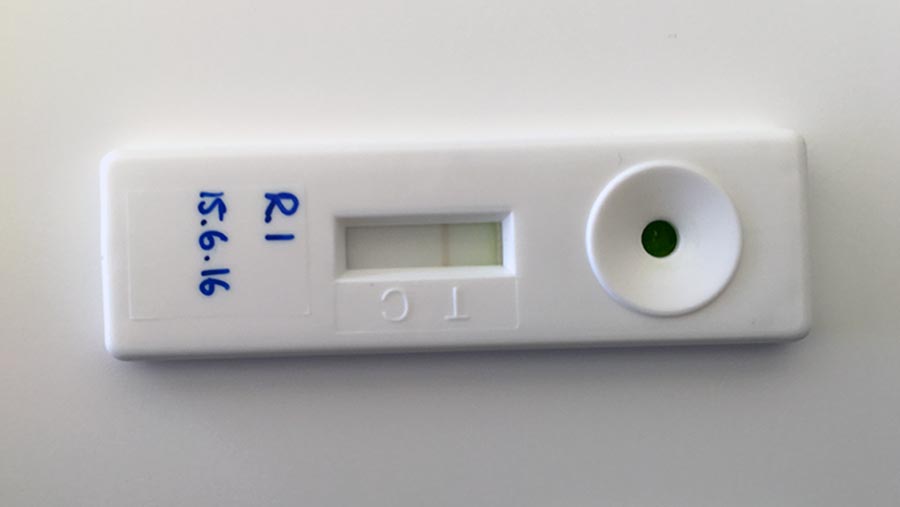 “This is a very strong candidate biomarker for herbicide-resistant blackgrass. It is very much research at the moment but moving towards commercialisation for a standardised test that can be used on other weeds as well.

“We are hoping eventually to be able to distinguish between the proteins overproduced in plants with resistance to the different herbicide actives.”

The prototype was demonstrated at the Cereals event by Rothamsted and Newcastle University scientists working on the blackgrass resistance project.