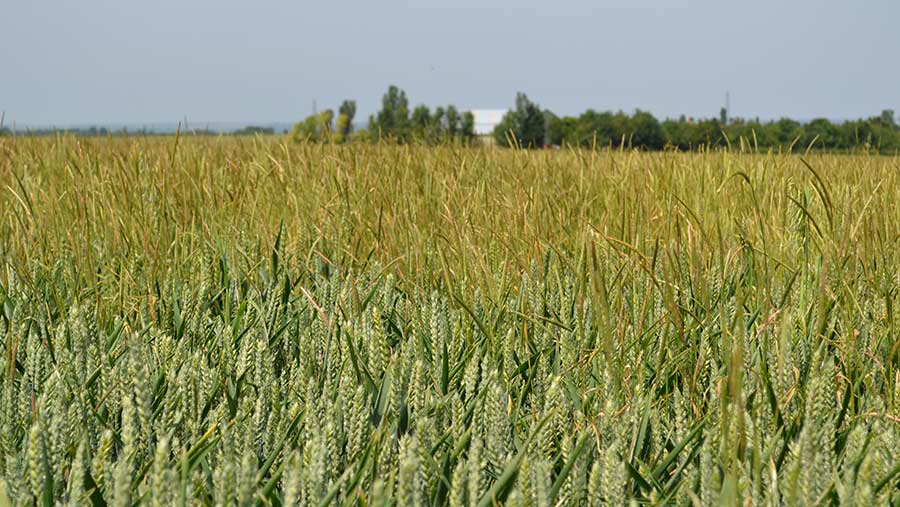 Growers need to step up their efforts to tackle the arable industry’s most damaging weed, blackgrass, helped by some new herbicide options due next season.

Control of this grassweed was good this season due to favourable weather which allowed cereal growers to drill later in the autumn, while frosts helped limit blackgrass growth in the winter.

“The weather was a big benefit this season, but we must keep the momentum going in the control of blackgrass,” he told Farmers Weekly at the Cereals 2017 event, held at Boothby Graffoe in Lincolnshire.

Bayer has an improved version of its Atlantis blackgrass herbicide for use in the spring, which give 10% better control of blackgrass and is claimed to be the best post-emergence product for bromes.

This product, Monolith, takes one of the two components of Atlantis, mesosulfuron, and adds propoxycarbazone, which has good contract activity and some residual action against the grassweed.

Mr Coombs admits this is no “silver bullet” to control blackgrass, but it gives an incremental benefit in the fight against these weeds.

The group already has an improved autumn-applied Atlantis-type product, Hamlet, which adds the residual herbicide diflufenican to the two contact weedkillers in Atlantis (iodosulfuron and mesosulfuron), while it is looking to test market a new pre-emergence herbicide this autumn.

This will look to better the performance of Bayer’s diflufenican + flufenacet product Liberator by add in metribuzin, which improves blackgrass and ryegrass control by 10% and widens the broad-leaved weed spectrum controlled.

Mr Coombs’ advice for this autumn’s fight against blackgrass is to delay drilling, create a good seed-bed with little soil disturbance, and applied a diflufenican + flufenacet product within 48 hours of drilling.

If blackgrass appears in the November, he suggests a product such as Hamlet, as if the grassweed is left unchecked it will tiller and then be tougher to control in the spring.