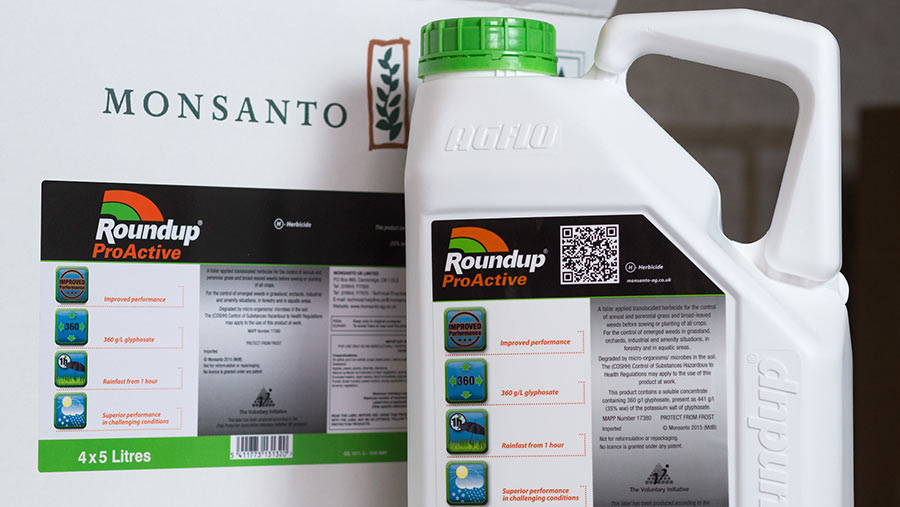 The licence for one of Monsanto’s glyphosate-based weedkillers has been cancelled in France over safety concerns – less than two years after its approval was renewed.

An immediate ban has been placed on selling, distributing and using Roundup Pro 360 as of Tuesday (15 January), news agency Reuters has reported.

A court in Lyon ruled that the approval granted by French environment agency ANSES in 2017 for the weedkiller had failed to take into account potential health risks.

It added that ANSES had not respected a precautionary principle in French law, notably by not conducting a specific evaluation of health risks for the product.

“Despite the European Union’s approval of the active substance (glyphosate), the court considered that scientific studies and animal experiments showed Roundup Pro 360 … is a potentially carcinogenic product for humans, suspected of being toxic for human reproduction and for aquatic organisms,” the court summarised in its ruling.

Germany’s Bayer, which bought Monsanto for $63bn (£48bn) last year, faces thousands of US lawsuits by farmers, landscapers and consumers who blame Roundup for developing cancer.

Bayer, which said it disagreed with the French court’s decision and is considering legal options, has cited regulatory rulings as well as scientific studies that found glyphosate to be safe.

The firm is also appealing the first US court ruling that awarded $78bn (£60m) in damages to a school groundskeeper from California.

“Bayer disagrees with the decision taken by the Administrative Court of Lyon to cancel the marketing authorisation for Roundup Pro 360,” the company stated.

“This product formulation, like all crop protection products, has been subject to a strict evaluation by the French authorities (ANSES), an independent body and guarantor of the public health security.”

Glyphosate generally is due to be phased out in France within three years.

EU regulators based a decision on whether to relicense glyphosate on an assessment plagiarised from industry articles, according to a new report.

The study found plagiarism in 50.1% of the chapters assessing published studies on health risks.

The European Food Safety Authority based its recommendation that glyphosate was safe for public use on the BfR’s assessment.

“This helps explain why the World Health Organization assessment on glyphosate as a probable human carcinogen was so at odds with EU assessors, who awarded this toxic pesticide a clean bill of health, brushing off warnings of its dangers,” she said.

The BfR has rejected any notion of deliberate deception, saying its authors had evaluated the relevant industry reports before selecting passages of text to “integrate”.