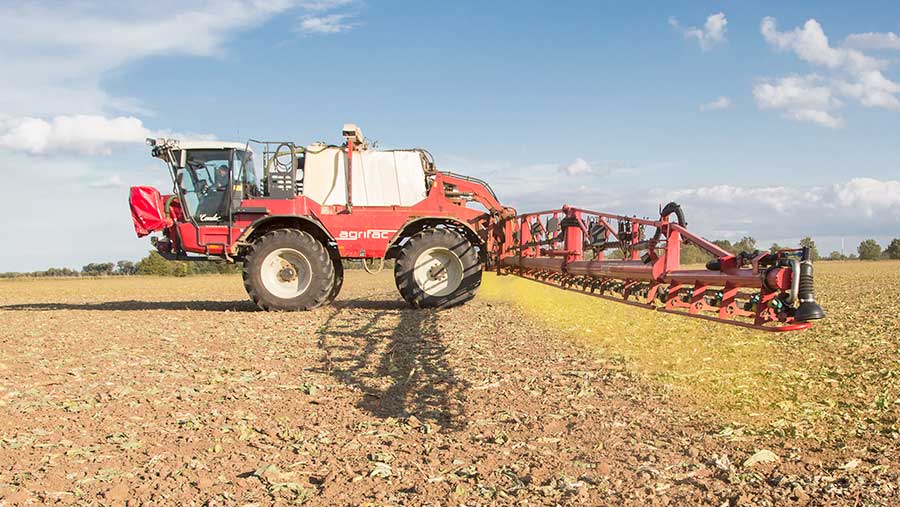 Pre-emergence grassweed herbicide programmes based on flufenacet must be supplemented by cultural measures this autumn, after resistance testing confirmed reduced sensitivity to the active ingredient in blackgrass.

For growers, this means that integrated control strategies will become even more important to manage grassweeds, both as a means of stewardship for the future use of products containing flufenacet and for the overall success of programmes.

The latest finding also confirms that two other widely used actives – pendimethalin and prosulfocarb – are also affected and have lower efficacy against blackgrass with reduced sensitivity to flufenacet.

Of greater concern was the confirmation that a few samples of ryegrass with resistance to flufenacet were also found in the UK, meaning that some ryegrass populations can’t be controlled by field rates of the active ingredient.

Although it is unlikely to be widespread, there will need to be a change in approach for ryegrass based on seed control, rather than weed control.

The testing, which was carried out by Bayer as part of its annual resistance monitoring work in Germany, reinforces reports from the field, with many farmers questioning the efficacy of their pre-emergence programmes.

For most situations, these results should act as a wake-up call rather than the trigger for a significant change and should prompt a review of current on-farm practice, believes John Cussans, weed specialist at Niab Tag.

“The front-loading of programmes with pre-emergence chemistry has been the reaction to the development of resistance to the post-emergence options such as Atlantis,” he says.

“It’s understandable, but it also makes weed control measures more vulnerable to seasonal conditions and crop effect. We know that the residual products work better when there’s soil moisture and if they’re applied a bit later in the season.”

The fact that herbicide performance, rather than weed numbers, has been driving grower’s actions is one of the reasons why there’s been a slide, he adds.

“Using straight flufenacet at high doses won’t have helped at all either.”

A gradual loss of efficacy is easier to cope with than a total failure, he says. “For that reason, the blackgrass situation is far better than that of ryegrass, where control is now expected to fall off a cliff.”

With blackgrass, the recorded drift in sensitivity indicates that there are now more weed populations where flufenacet is not giving the same level of control that it was.

Despite that, applications made at the 240g/ha rate still provided 90% control in glasshouse tests, implying that flufenacet can remain a part of control programmes that work as intended.

The situation with ryegrass, however, is very different. Enhanced metabolism resistance to flufenacet has been found on a small number of UK farms, making it far more challenging to get control with label rates.

Bayer recognises that many growers are already making good use of cultural measures rather than just relying on chemistry.

“Even with these in place, product stewardship will continue to be very important,” says the company’s weed expert Gordon Anderson-Taylor.

“While we don’t anticipate these results leading to a radical change in blackgrass management, they do emphasise the need to use herbicides in mixtures and sequences with other actives and to look at the whole strategy.”

Bayer has two new flufenacet plus diflufenican-based products in development, one containing metribuzin and the other aclonifen. Both will increase the level of blackgrass control by around 10%, with the first of them expected to be available for autumn 2019.

“Including other actives can increase the control of difficult populations,” Dr Anderson-Taylor says. “It’s also important to use any pre-emergence herbicide at the true pre-em timing for best results.”

He suggests that growers should eliminate survivors of herbicide programmes, either by hand roguing or spraying off patches with glyphosate, to prevent seed return.

Resistant ryegrass, however, will need a different approach, Dr Anderson-Taylor advises. Where resistance is suspected, a test should be done to determine the status of the ryegrass.

There are then three things that farmers can do to mitigate the risk – cultural control, crop rotation and varying the modes of actions in herbicides.

“It will be a challenge. We know that most ryegrass germinates in the autumn, so delayed drilling is effective. Rotational ploughing, higher seed rates and aggressive patch management also work.”

Results from the blackgrass resistance initiative

Testing carried out by the team working on the initiative has also confirmed shifts in sensitivity to Flufenacet in blackgrass populations.

Blackgrass seeds collected from a network of farms in 2014 and again in 2018 were tested to see if there had been any change over the period. 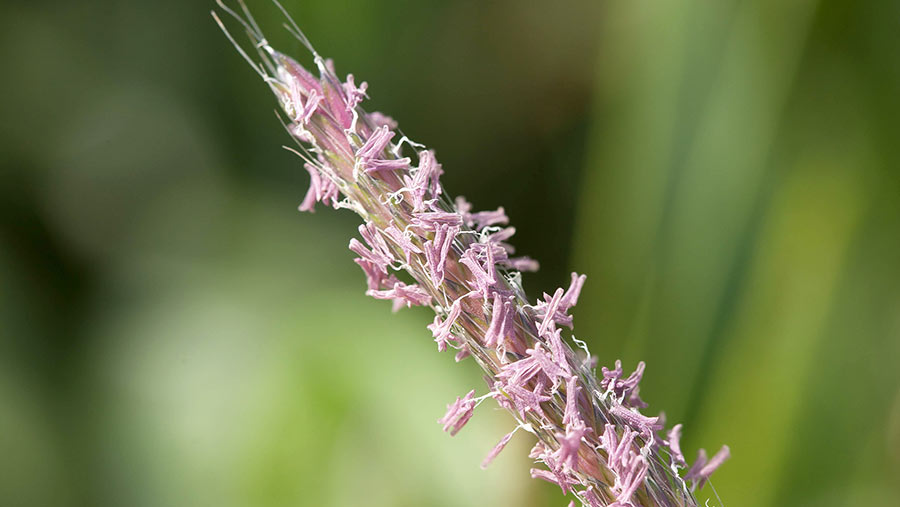 The results show that, on average, there has been a 10-20% loss of efficacy in that time, confirms Paul Neve at Rothamsted Research.

“We’re not getting as much out of flufenacet as we were when it is used at field rates,” he says.

“But it’s important to stress that there are no signs that control is about to fall off a cliff. It isn’t broken, by any means.”

What it does means is that growers must think about how they use it, making sure that it is part of an integrated programme based on responsible use, he adds.