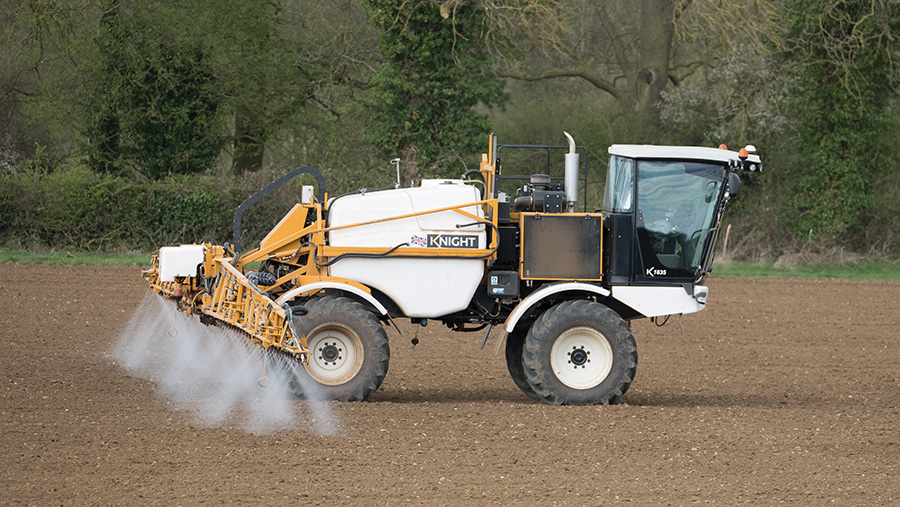 Knowing your weeds and herbicide actives, combined with regular monitoring of crop and environmental conditions, will be crucial to achieve good weed control without the key active desmedipham.

It was a difficult year for sugar beet weed control in 2020, with poor seed-beds, the driest May on record and staggered crop and weed emergence making herbicide timings tricky.

See also: Why regular liming can raise profits by up to £436/ha/year

The issue was heightened by a larger spring crop area and a foliar spraying battle against aphids to control virus yellows. This placed huge pressure on farm workloads and, ultimately, weed control suffered.

While two seasons are rarely the same, this memory is causing some anxiety for sugar beet growers heading into 2021, particularly as it is the first full season without desmedipham.

It was a key constituent of co-formulated products such as Betanal MaxxPro and Betsana Trio, which, when applied in a typical three-spray programme, made weed control in beet very simple for a generation.

Before programmes kick off, British Sugar’s Antony Hagen, crop production manager in the Wissington and Newark area, has been planning for the season ahead. He says starting clean is always important and was very helpful last year, putting less pressure on early herbicide sprays.

Typically, he recommends an application of Kyleo on prepared ground to create a stale seed-bed, with the 2,4-D and glyphosate formulation strong on problem weeds such as annual nettle and wild chrysanthemum.

However, because the product has a 60-day interval between application and drilling the following crop, and the wet winter has so far prevented sprayers travelling, this option is already ruled out for many.

This will make straight glyphosate formulations the only option, but it is limited against some species and will inevitably put more emphasis on pre-drilling cultivations.

“If you are turning soil over, bury weeds completely and don’t just transplant them,” he explains. 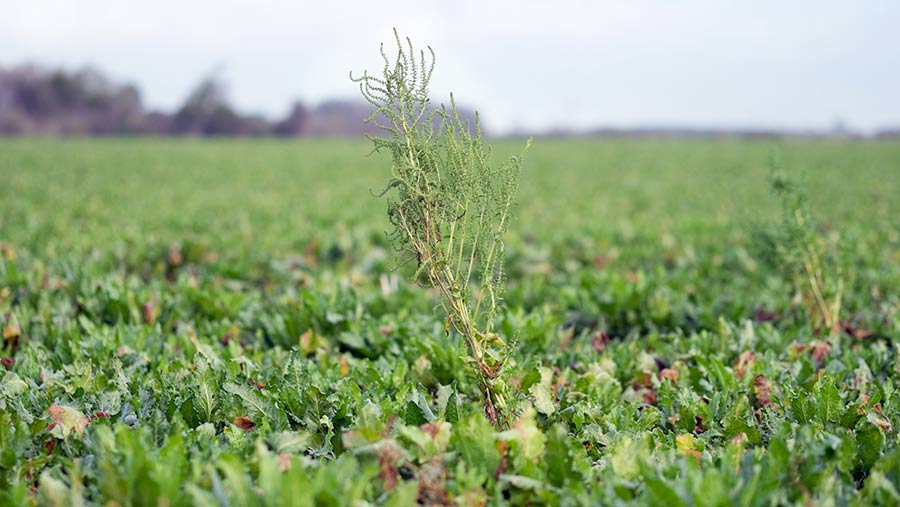 Mr Hagen will be looking more closely at using pre-emergence herbicides this season. According to Pam Chambers, UPL’s technical manager for the UK and Ireland, this strategy is likely to become more common without desmedipham.

Poor control last year was mostly the result of growers delaying T1 sprays to accommodate staggered emergence, but by the time chemical was applied, weeds such as fat hen were too big and tough to control.

Those who used a pre-emergence application fared better and Ms Chambers says it gives more flexibility on the T1 timing.

Options are based around metamitron, which is strong on fat hen and knotgrass. Additional active quinmerac also offers activity on weeds such as cleavers, cranesbill and fool’s parsley, and ethofumesate is a good choice for blackgrass. “It buys you some time. Even in the dry conditions last year, it sensitised weeds and made them easier to kill with the T1 spray,” explains Ms Chambers.

Once the crop is in the ground, she adds that agronomists and growers will have more field walking to do than when the big co-forms were available. Inspections should be at least every seven days to monitor crop and weed growth.

As we enter the post-desmedipham era, contact-acting phenmedipham is considered the keystone of post-emergence programmes, but because weight for weight it packs less of a punch than desmedipham, rates may need to be increased, especially in cooler and drier conditions.

As an example, Ms Chambers says in warmer conditions like those seen in 2018, it can be very effective against chenopodium weeds, but in the cold spring of 2019 it was not as strong, so rates could be increased.

“Alternatively, if you look at metamitron, it remains quite strong against those weeds in both seasons, so it shows the importance of knowing your weeds, knowing your actives and how they respond in the different conditions you are working under,” she says.

She also points to a 6-litre/ha limit on phenmedipham product labels, so if using straights, a farm may need to have more than one option in store for the season.

“This is different to ethofumesate, where the limit is 1,000g/ha every three years, regardless of product, so there is no way around that.”

Other actives that can be added through the programme include triflusulfuron-methyl, which is strong on volunteer oilseed rape, and clopyralid, which is often used for late volunteer potato and thistle control, but is also strong on mayweed and black bindweed at lower rates.

A more recent addition to the armoury is dimethenamid-P, which is sold in co-forms with quinmerac, and can be used after emergence for useful cranesbill control.

Growers will have access to some co-formulated products containing phenmedipham and ethofumesate, including Betanal Tandem and Powertwin. Alternatively, they can mix straight products themselves.

Bayer’s roots and horticulture commercial manager, Jack Hill, says co-forms such as Betanal Tandem have benefits in terms of ease of use, saving extra mixing of straight products and making the spraying operation more efficient. Increasing the complexity of mixes also adds to crop safety risks.

In trials, the product has shown good activity on fat hen, bindweed and pansy. Mr Hill says control of flowering weeds such as pansy could be more important this year if Cruiser SB is used.

“Guidance within the emergency authorisation recommends that weed control programmes that minimise the number of flowering weeds in neonicotinoid-treated sugar beet crops are used,” he adds.

Key to Mr Hagen’s strategy is to be as kind to the crop as possible early on to get to 12 true leaves as quickly as possible.

He plans to do this by monitoring for large diurnal temperature variations and ensuring the crop isn’t likely to be stressed at or soon after application.

“I’ll start early and gently, try to keep control of the weeds, keep them sensitised and they should be easier to control. That will also avoid big tank mixes or high rates,” adds Mr Hagen.

He also stresses the need for good communication between agronomist, grower and sprayer operator, as recommendations can be written and not acted upon for a few days.

By this time, the weather may have changed, the crop and weeds may be bigger, and the recommendation may no longer be appropriate.

Adjuvants are another consideration and, as with herbicide actives, it is important to know the type and rate to use at different times.

De Sangosse technical manager Jon Williams says with many growers likely to opt for a little-and-often approach, with lower herbicide rates, adding an adjuvant can help bolster control. However, careful attention should be payed to conditions.

The British Beet Research Organisation offers general advice on how rates should be adjusted (see “Adjuvant oil use with sugar beet herbicides”), but not on which oil to use.

Mr Williams says mineral oils such as Cropspray 11E tend to be more aggressive and, while useful for tougher weeds in cooler conditions, they can be harsh on the crop and should be avoided in warm weather when there is a concern about crop damage.

“Generally, when temperatures are warmer, or if you have a lot of components in the tank, use a methylated seed oil such as a phase II, as they are much kinder on the crop,” he explains.