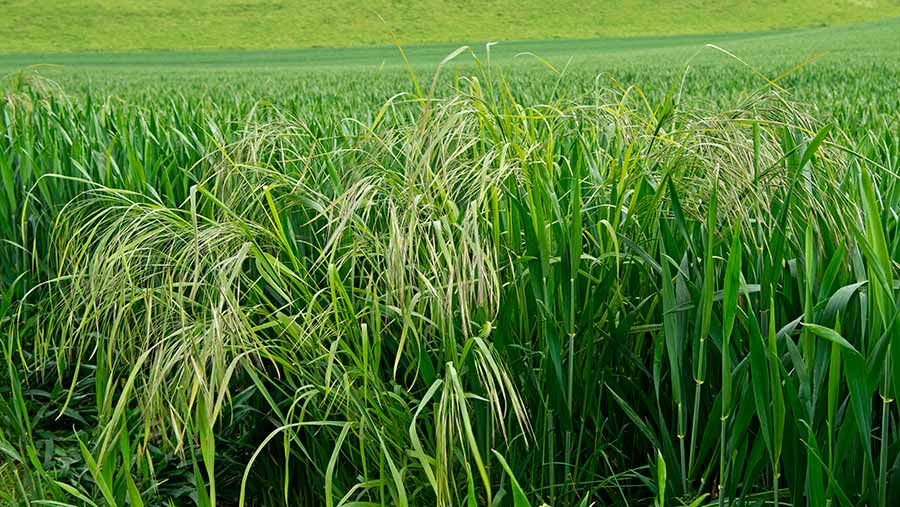 Testing has led to the discovery of six populations of brome in the UK that are resistant to a group of herbicides widely used to control grassweeds.

While herbicide-resistant blackgrass is already endemic across large parts of the UK, other grassweeds such as bromes and ryegrasses can still be largely controlled using existing chemistry.

However, work carried out by Adas as part of an AHDB project has identified some UK populations of brome that are resistant to an important group of herbicides – acetolactate synthase (ALS) inhibitors.

Resistance was seen across different species of brome, with one population of great brome, one meadow brome and three populations of sterile brome.

The herbicides they showed resistance to were Broadway Star (pyroxsulam + florasulam) and Pacifica Plus (mesosulfuron + iodosulfuron + amidosulfuron), both being widely used post-emergence herbicides in wheat.

So what do the test results mean for UK farmers? Sarah Cook, weed biologist at Adas, says the good news is that all brome populations tested were still sensitive to propaquizafop.

However, she adds that resistance to propaquizafop and cycloxydim in sterile brome were identified in Germany in 2012.

Additionally, all bromes tested were still controlled by glyphosate at 360g of active/ha, although some populations showed increased tolerance at this rate.

All populations were well controlled at the higher rate (540g/ha) of glyphosate recommended for annual grassweeds.

Dr Cook says the results indicate that although ALS resistance is evolving in brome populations, herbicides with other modes of action can be used to control these populations in a diverse rotation.

However, growers should be alert to the risk of rapid herbicide resistance evolution to other modes of action in UK bromes.

Roger Bradbury, Bayer’s market development manager for cereals in North Europe, agrees that growers need to be vigilant against resistance.

“The samples were from geographically diverse locations, meaning it is likely that resistance has evolved independently in these field populations,” he says.

He highlights that growers can help limit further spread of resistance by using an integrated weed management strategy across the rotation to protect the chemistry available.