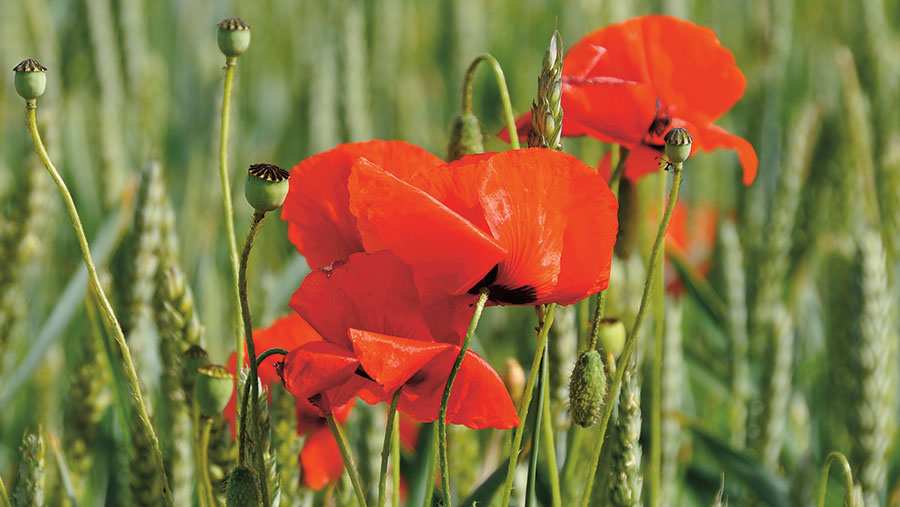 With a different mode of action to the acetolacate synthase (ALS) inhibiting herbicides, Pixxaro contains new chemistry in the form of arylex active (halauxifen-methyl) , as well as existing active ingredient, fluroxypyr, which is already found in Starane.

That combination works well in almost any weather and across the entire spring window, without the sequencing, spray intervals or following crop restrictions that apply to many other widely used herbicides.

For Dick Neale, technical manager at agronomy group Hutchinsons, Pixxaro’s stand out feature is it is not a sulfonylurea, so there is no resistance to it among weed populations or need to use it according to a rigid set of guidelines.

Sulfonylurea herbicides, which include products such as Ally and Atlantis, are a widely used sub-group of the ALS type of herbicides.

“The decision-making process is so much easier with Pixxaro. None of the potential hurdles that you have with the sulfonylureas apply to it, which makes it a much simpler proposition,” he says.

“It works in all weathers, from very cold to warm, dry conditions.

“So it’s much more straightforward, as well as giving growers the opportunity to change the chemistry that they employ and mix things up a bit,” he says.

Mr Neale’s experience with Pixxaro during 2016 has given him confidence in its tank mixing and crop safety properties, as well as its ability to control sulfonylurea-resistant poppies.

“It controls resistant poppies very well. That’s really important on some farms, because there aren’t any other solutions and further use of sulfonylureas will make the problem worse.

“There are also some resistance difficulties developing with chickweed,” he adds.

However, Pixxaro’s weed spectrum is much more limited than that of the sulfonylureas, so growers must be aware of that before they make their final plans and use it as a baseline product, rather than a total solution, he advises.

“What it does control, it is very good at. But obvious omissions are the brassica weeds, such as volunteer oilseed rape and charlock,” he says.

Other herbicides can be added to Pixxaro to fill this gap in its weed-control spectrum.

“There’s always the option to put in a small amount of ALS chemistry, such as Spitfire or Ally Max. But if you want to stay away from the sulfonylureas, there’s CMPP,” he says.

Other situations where Pixxaro has some benefits include its total freedom with adjuvants and its suitability for use with ACCase-inhibiting wild oat herbicides, such as Axial (pinoxaden).

“If you put a sulfonylurea in with Axial, it can have an impact on its uptake and compromise the results. You don’t get that with Pixxaro,” he says.

His final point is where Pixxaro has been applied, you can put multi-species cover crops in without having to worry about previous herbicide use.

According to Stuart Jackson of Dow, Pixxaro should be used at a rate of between 0.375-0.5 litres/ha, depending on the size of the weeds and the application timing.

The product is approved for use on winter and spring cereals, with the exception of oats, and can be applied from GS12 right through until GS45.

If used early in the season, the herbicide will happily sit in the weed until it starts to grow, without any degradation, and will then have a distortion effect similar to that produced by hormone herbicides.

At the T0 timing, the recommended rate is 0.375 litres/ha, but by the T1 application the weeds are likely to have increased in size and may warrant 0.5 litres/ha, notes Mr Jackson.

Later in the season, there’s an opportunity to get cleavers control at the flag leaf timing, when a 0.25 litres/ha application of Pixxaro will suffice.

In spring cereals, it should be applied at mid-late flowering, and tank mixed with the appropriate partner product for the weed spectrum present.

Mr Jackson also highlights the Pixxaro formulation doesn’t contain an adjuvant, as the product doesn’t need one in most circumstances.

“However, there’s no problem where it’s being applied with a product such as Atlantis, which needs a specific adjuvant,” he says.

There’s also freedom at application with nozzles and water volumes, as well as no requirement for cultivations before the following crop, adds Mr Jackson.

“The only exception to that is where you’re going to be drilling a very small seeded crop, such as clover, in August. Then you would need to plough,” he says.