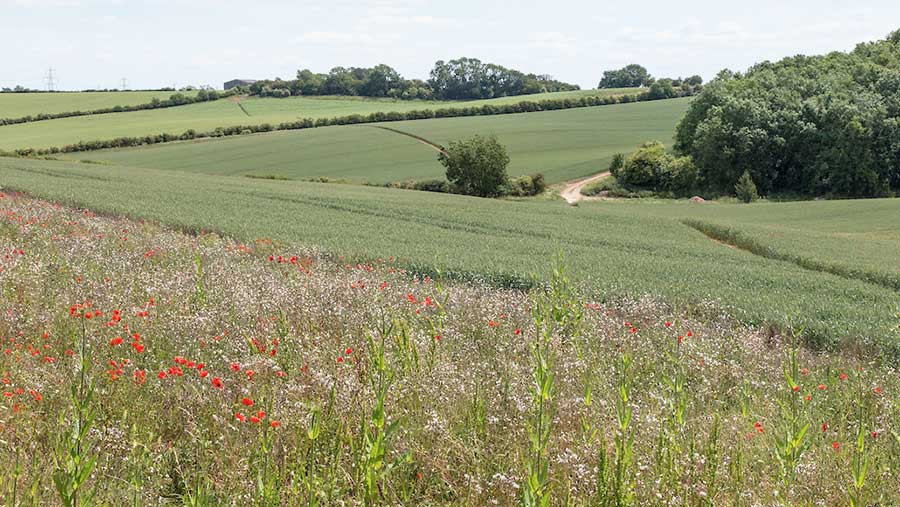 Wildlife margins should be situated next to bare earth, built up areas and water courses to limit the spill over of problematic weeds from adjacent habitats.

A new study by Rothamsted Research has revealed that conservation areas sited directly adjacent to grassland, or even grass margins, risk being overrun with less beneficial weeds such as grasses.

Jointly funded by the Natural Environment Research Council and Biotechnology and Biological Sciences Research Council, the study analysed almost 300 fields from across the UK’s main crop growing areas for the impact of the immediate landscape on the weeds in and around arable fields growing sugar beet, maize and oilseed rape.

Conservation headlands first came into use in the 1980s and comprise a strip of between 6-24m along the edge of a field in which pesticides are used selectively to support biodiversity.

However, grassweeds can smother beneficial arable plants and limit the success of these margins in supporting farmland birds and insects such as bees, beetles, corn buntings and grey partridges.

Helen Metcalfe, who led the study said: “By creating unsprayed strips of land away from sources of problematic weeds, we not only provide a refuge for the beneficial plants we want to protect, but we also reduce the risk of the wrong type of weeds invading the field and becoming a problem for crop production.”