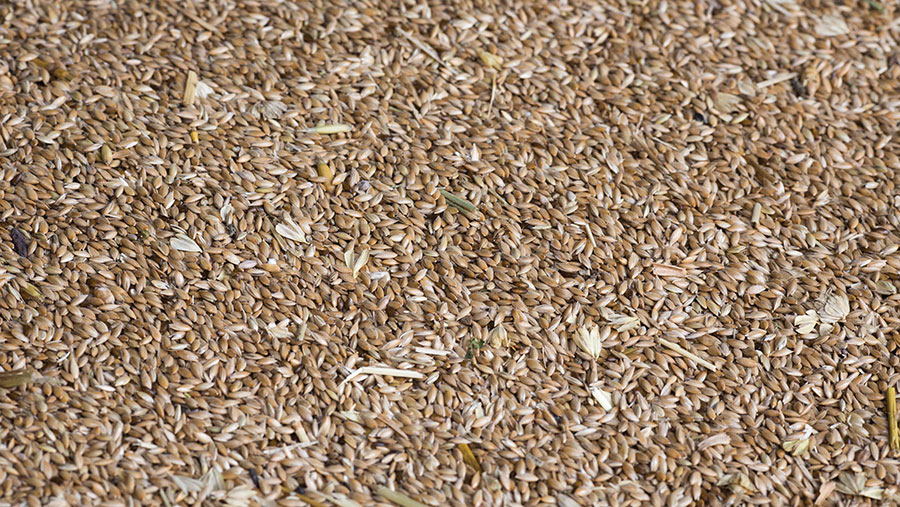 Canary seed could offer an alternative option for growers looking for a niche cereal that is simple to establish, has low input costs and is easy to harvest.

The crop is exclusively used in wild birdseed mixes and demand continues to grow, with nearly 6,000t of seed imported annually.

Poor weather in Canada has left gaps in the market, while growing demand from British birdseed packers for the sourcing of national crops offer new opportunities for UK growers.

See also:Tips on growing a successful crop of naked oats

Canary seed is an annual grass that produces a small, buff-coloured seed, similar in size to linseed, ideally suited to heavier, moisture-retentive soils.

Nigel Padbury, seeds and marketing manager at Premium Crops, explains how the crop proves to be very profitable, with low production costs and yields of up to 3t/ha, worth about £380/t.

“Canary seed is a short-season crop that is very competitive and combines well. It’s drilled late in the season, providing good blackgrass control through stale seed-bed activity. ” he adds.

Optimum drill dates are between the middle of March and late April, when soils are warming. Later plantings in May are acceptable on land where moisture is not limited.

Seed should be sown shallow, at a depth of 1.5cm and at 400-450 seeds/sq m. Deeper sowings of 2.5cm are required if the grassweed herbicide Avadex (tri-allate) is applied.

For grassweed control, apply 15kg/ha of granular 15g Avadex Excel, to be incorporated into the soil a few days before planting, or as a surface application after sowing.

“There isn’t much chemistry available for the crop, with Avadex the only product available for grassweed control” warns Mr Padbury.

Despite the limited range of weed control, canary seed isn’t threatened by any diseases and pest risks are minimal, making it a robust and easy-to-manage crop.

Fertiliser demands are extremely low in canary seed, with no nitrogen (N) applications required for soils with a soil N supply index of two and above and just 60 kg/ha of N recommended where there is an index of zero.

Growth regulator applications of Optimus (trinexapac-ethyl) and Stablian (chlormequat) are recommended, with one or two sprays required, depending on the season.

Canary seed does not shed its seeds easily, so a good thresh is needed to free the grains. Care should be taken to avoid skinning the grains, as this can reduce crop value, with a purity of 98% required.

Cambridgeshire grower Stephen Edgley has grown canary seed for four successful years on his 800ha farm near Chatteris, as the crop offers a simple, low-input approach to spring cropping.

Mr Edgley began trialling the crop on a small scale in 2015 as a replacement for second wheats within his rotation, and now grows 65ha of the crop.

“Wheat crops are returning less than £120/ha, with very small margins, but canary seed saves money on time and fuel, as you’re not travelling through the crop as much and it is also easy to combine,” he explains.

Yields have averaged 2.5t/ha and with no pre-emergence spray, one post-emergence spray of Mircam and just 50kg/ha of nitrogen applied, canary seed is a profitable crop to grow.

“We also had to make two plant growth regulator applications last season of Alatrin and Moddus [trinexapac-ethyl], but usually this is just the one spray,” he adds.

Furthermore, the last canary seed crop Mr Edgley grew did not require a desiccant before harvest, driving input costs down even more.

Cropping at the farm consists of winter wheat, followed by a spring crop of either sugar beet, potatoes or canary seed.

Canary seed area is now likely to increase, as the remaining winter wheat ground may not be planted and the end of a three-year sugar beet contract is nearing.

“We have looked at other spring crops, including soya and oats, but soya just doesn’t sit right within the rotation, as it clashes with the potato harvest, while oats haven’t yielded well,” explains Mr Edgley.