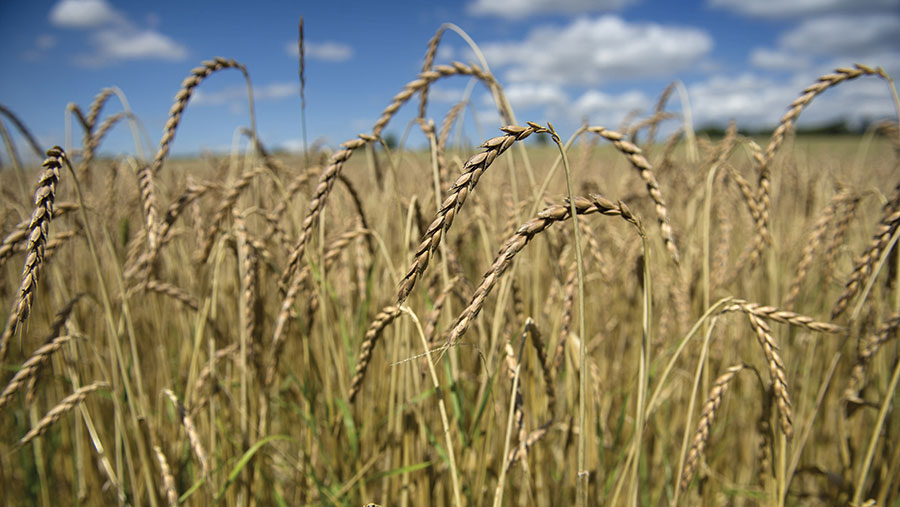 Organic grower Tim Sellers’ rotation of primitive and ancient grains has allowed him to weather market volatility by supplying the growing artisan bread and granola market.

Both spelt, which is an ancient grain, and einkorn, which is a primitive grain, form part of the combinable crop rotation at Carr House Farm, near Driffield in East Yorkshire.

Although difficult to grow, both crops command a premium price and Mr Sellers is able to sell direct to independent millers who supply the artisan bread trade, allowing him to avoid being at the mercy of global market prices.

Carr House Farm at Foston on the Wolds, near Driffield, East Yorkshire, converted its 190ha of arable cropping to organic in 1999.

Mr Sellers first decided to become organic certified through the Organic Farmers and Growers in 1999 after splitting a larger family farm into smaller separate businesses.

At the time, organic was an attractive niche market, but as a global market quickly developed, he found himself competing against foreign imports.

Today, the UK is about 50% sufficient in organic grain, with imports coming from countries such as Kazakstan and Lithuania.

However, with some countries having had their ability to trade suspended while being investigated for failing to prove the provenance of some crops, trust in imports has been damaged in some markets.

One of these is the artisan bread trade. Mr Sellers’ first foray into this market was in 2006, when he set up the Side Oven Bakery on the farm to sell artisan bread, which is also when he switched from growing ordinary wheat to spelt.

“From the early days, we realised we had to add value, so that’s when we went into developing the farm bakery,” he says.

However, the farm is not in the right location to sell bread direct to the public, so the bakery has switched to producing granola using the farm’s oats, with bread now only made for specific events.

The granola range is sold in a number of farm shops across the north of the UK, as well as online.

Mr Sellers says that while the on-farm bakery is not big business, using about 10% of the farm’s produce, it all adds up, and employs his wife, Caroline, and two daughters.

“Small volume adds up. It’s not about producing commodities for large, central places – it’s about supplying locally,” he says.

The Sellers family have turned their relatively small-scale production capacity to their advantage by having the flexibility to supply small quantities at minimal notice. 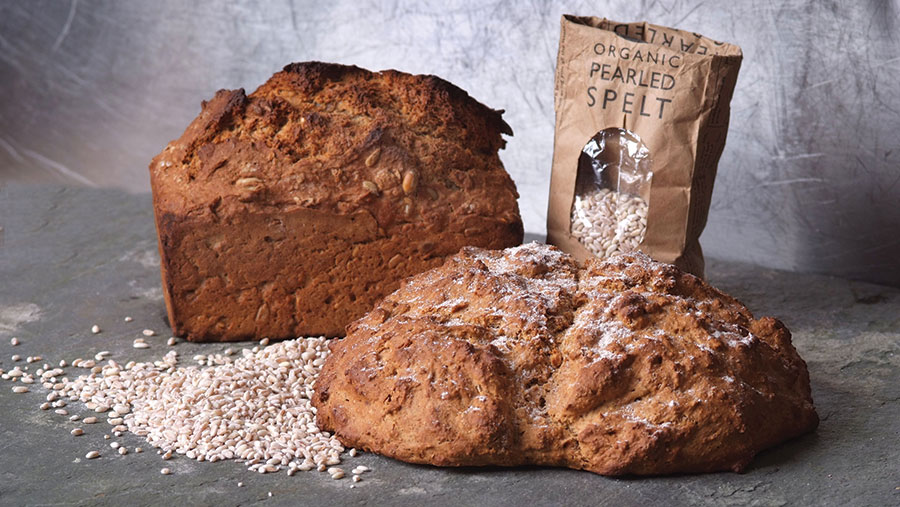 As well as the granola business, Mr Sellers sells small quantities of grain direct to millers and also supplies flour to wholesalers.

“A lot of millers don’t want 30t of einkorn, they want 1t, so it’s important to be able to sell small quantities,” he says.

With einkorn selling for about £1,200/t, and both the tiny UK markets for einkorn and spelt vulnerable to price volatility due to imports, Mr Sellers sells his crop throughout the year when the price is high, with nothing grown on contract.

“It’s such a shift taking responsibility for marketing, rather than just waiting for the grain to clear out,” he says.

High-value crops such as einkorn and spelt are only options for Mr Sellers because he no longer seeks to supply to millers for supermarkets.

Both crops make soft flour with a distinct flavour, which makes them completely unsuited for the Chorleywood process used to make bread for supermarkets.

Supermarkets also place a high value on consistency in wheat flour, as smaller loaves get left on the shelf, but it is difficult for British farmers to deliver the right specifications every year.

On top of this, there are strong theories to suggest that modern wheat genetics, which are bred for the Chorleywood process, are linked to the rise in the number of people who consider themselves to be gluten intolerant.

“There are good established markets for organic produce, and plenty of trade out there without going to supermarkets. There is increasing demand for stuff with a story,” Mr Sellers says.

As well as delivering the kind of flour demanded by the artisan sector, ancient and primitive wheat crops are also better suited to Mr Sellers organic system than modern wheat varieties would be.

“Most new varieties are designed for conventional farming. We are looking for cereals with good disease resistance and good canopy.”

He says this is because crops like spelt are more capable of looking after themselves, and more organic farmers are, therefore, growing the crop in order to gain some distinction in the marketplace.

“Older wheat is, hopefully, better at pulling up nutrients from the ground, and they have a lot of natural vigour in them,” he says.

Despite this, einkorn is very challenging to grow and process, which puts off most farmers from growing it. This means there are fewer foreign imports for Mr Sellers to compete with.

This season he is growing just 0.6ha, and aims to yield between 0.25-0.5t/ha, depending on the rotation.

Even at such low yields, the crop is profitable if sold at the right time, and Mr Sellers says the focus on just producing ever higher yields in arable farming is typical of the “conventional” farmer’s mindset.

“It takes a long time to convert the mind. For a long time I was a conventional farmer, farming organically, and it’s not the same,” he says.

Although Mr Sellers largely supplies the current market for einkorn in the UK by himself, there are plenty of other options that can be tried by growers willing to take on a challenge, such as organic linseed, organic oilseed rape and also heritage wheat.

He expects these markets to only become bigger after Brexit, which is likely to make provenance more of an issue than it already is within the organic sector.

In addition to allowing him to grow ancient grains for the best price, organic farming has also presented Mr Sellers with the opportunity to take advantage of niche crops when they are in vogue for a short time, with herb crops, echinacea and St John’s wort being grown on the farm over the years.

“Growing wheat as a commodity means nothing is going to change. Get out there and try stuff,” he advises. “For both crops and marketing. There isn’t a blueprint for what works. If it doesn’t work, move on.”

Having fully taken advantage of niche crops on top of his organic status, Mr Sellers believes the farm is as profitable as it would have been had he stayed conventional, despite producing lower yields.

“I think the farm is on par. Two years ago, my neighbours did better. This year, crops were good.”

This is partly due to the farm’s stewardship agreement.

He believes being organic will also leave him better placed than a conventional farmer to take advantage of subsidy payments, which are based on environmental land management.