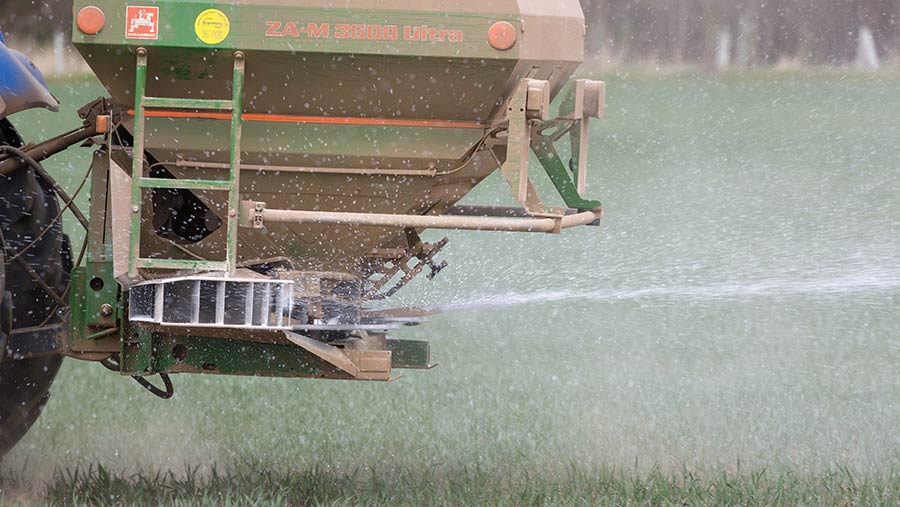 Grain analysis post-harvest can help explain why some crops are low-yielding or have struggled to meet milling protein specification by giving a snapshot of nutrient availability at the end of the season.

Although soil analysis can determine baseline nutrition levels, and foliar testing gives growers an indication of how nutrients are being utilised by crops during the season, only grain analysis can give an overview of the whole growing season.

Jim Carswell, Agrii’s research and development manager for the North, says that as yields have plateaued, more attention has been focused on soils and nutrition, but the value of grain analysis is only starting to be explored.

After performing grain analysis on a series of trials looking at nutrition last season, Mr Carswell says the test should be considered by those farmers who are struggling to meet protein specifications, or who are just looking to optimise their nutrition programmes.

“Nutrition testing never goes beyond T3 so we never see how a programme has worked,” he says.

“How does a grower know they have done the right thing?”

While grain analysis will not help growers to tweak their nutritional programmes during the growing season, it will allow them to change input decisions for the year ahead.

Growers can also calculate offtakes to ensure crops are not robbing the soil.

However, Mr Carswell says the key to grain analysis is how the information is interpreted, as levels may be adequate, but a high pH or very dry weather during the season may have locked up nutrients.

One of the areas that has been a particular focus for Agrii is using grain analysis to provide data to back up why applying seed-bed fertiliser may result in better yields at harvest.

Grain samples were taken from winter wheat from nine UK iFarm sites at the end of the 2019 season.

These were tested by Lancrop laboratories to measure the effect of nutritional dressings trisodium phosphate (TSP), P-Reserve and Wolftrax Manganese on nutritional levels and yield.

The results show that when seed-bed fertiliser was used the average winter wheat yield across the nine sites was 3.81t/ha, an increase of 0.43t/ha over the 3.38t/ha average yield achieved without.

At the Bishop Burton iFarm site, while an application of TSP alone achieved a positive yield response, the best increase, of 0.81t/ha, occurred from an application of all three fertilisers at a rate of 125kg/ha.

Although phosphate levels in soil were already adequate, this may have been tied up in the soil due to a slightly low pH, meaning the addition of “fresh” phosphate would have been beneficial to the crop.

Although yields across the board increased, nutrient levels in the grain samples were also higher than in crops that didn’t receive seed-bed fertiliser.

“There hasn’t been a dilution of protein,” Mr Carswell says. “That was the lightbulb moment: higher yields and higher levels of some of the nutrients.”

Nitrogen levels were very low, and phosphate slightly low, but this was across the board rather than related to the increase in yield.

Meanwhile, specific weights increased by up to 2.2kg/hl and protein by up to 1% with the addition of seed-bed fertiliser (see table).

“With phosphate we haven’t seen a dilution effect, which has resulted in better bushel weight.

Mr Carswell says this points to early nutrition being key to optimising crop utilisation throughout the growing season.

“It’s all about setting that crop up, and this is another tool for monitoring what we got right and wrong.

“If set up right, the crop will respond better in the season.”

Micronutrients include elements such as manganese, copper and zinc, which stimulate plant growth hormones.

He describes it as a tricky nutrient and says it is difficult to estimate the level of manganese in the soil if the pH isn’t neutral.

“It has got to be given to the crop early. If it doesn’t have sufficient levels then the crop will be pale yellow in colour and there will be a lack of growth.”

At all nine sites there was an improvement in the levels of manganese seen in grain samples when either a combination of seed dressings Vibrance Duo (fludioxonil + sedaxane), AgNition (copper) and iMan (manganese) were used, or Vibrance Duo, iMan and Zax (zinc).

Agrii then explored the effect of early micronutrition on how both basic and tailored foliar feeds are utilised by crops later in the season.

However, when a tailored spray containing copper, manganese and boron was used on both crops an increase of 0.64t/ha was achieved on the crop which had received all three seed treatments (see table).

“If you don’t set up the crop right at the beginning of the season it is never going to respond. It’s logical, but it’s good to see the effect,” says Mr Carswell.

The trial also points to the value of applying boron in cereal crops.

“Most people don’t put boron on cereals, but on sandy loam soil there can be a lot of leaching of boron.”

While he acknowledges that doing grain sampling can expend time and money, he says growers will not be able to end yield plateaus without doing it.

“A blanket approach of testing every field on the farm would be wrong,” he says. “Test extremes to give an indication about what is going on across the whole farm.”

“Start with soil analysis, as any issues are likely to be due to pH, but if that doesn’t answer the question then go on to foliar and grain testing.”

Agrii will repeat the work again in 2020 at seven of the nine trial sites.