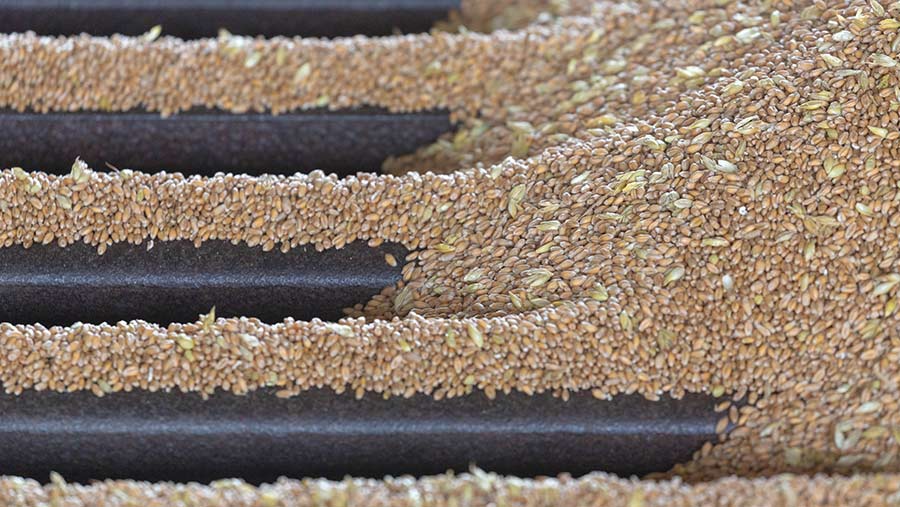 Gene editing has the potential to help change the food we eat, making it healthier and more nutritious as well as boosting its flavour and increasing yields.

It also provides an alternative means of tackling allergens and contaminants that can be found in both raw and cooked foodstuffs, preventing illnesses and disorders linked to their consumption.

This means that developments such as potatoes and cereals that reduce the amount of acrylamide in cooked products and flour that behaves like fibre in the gut are possible.

With many of these innovations already being in an advanced stage of development, their positive effect on the national obesity crisis, rising levels of diabetes and other metabolic disorders can only be guessed at, as there are no end products on the market yet.

And while the EU’s ruling to classify organisms created by gene editing as genetically modified (GM) is in place, the situation will remain that way.

But with Brexit freedoms and encouraging noises from the UK government, there’s a chance they may not always be regulated in the same way.

What is gene editing?

A relatively new technique, gene editing is based on natural processes and allows researchers to cut out or silence certain bits of DNA to control traits.

This cut is then healed by the cell’s own repair mechanism.

The most talked about gene editing technique is CRISPR, but the there are several techniques that all follow the same basic principles.

Often described as molecular scissors that can be aimed at a location on the organism’s DNA, it is both precise and targeted as well as being quicker than traditional methods.

It makes permanent changes in a plant’s genome that are then passed on through its seeds.

It is also cheaper, accessible and fairly easy to do – opening up the chances for smaller companies and new start-ups to use it to innovate, rather than just the multinational corporations.

As Tina Barsby, chief executive officer of Niab explains, plants have always been different by mutation and gene editing is just a way to produce more mutations in a shorter period of time.

“If it is allowed in future, it will open up a whole new vista for researchers.

“In many cases, we have the knowledge of genetic pathways and we know which genes are responsible, but it can take years to find a natural mutation to make the necessary change,” she notes.

Gene editing makes that process quicker, in a safe way, and is far more precise than GM, she summarises.

“Rather than focusing on specific consumer benefits with gene editing, it’s worth remembering that it came about as a way to produce mutations.”

The arrival of coronavirus vaccines may change consumers’ attitudes to these techniques and advances, she suggests, especially if health benefits are seen to have been produced quickly and safely.

“That’s up to the government to communicate. There are diverging social perspectives on gene editing and companies won’t take a commercial risk until some of these are resolved.”

Healthy wheat is already a possibility, reports Cristobal Uauy of the John Innes Centre, who runs the work being done on designing improved wheat varieties for industry and consumers.

The Designing Future Wheat programme has been working on the genes that affect the composition of starch, changing its structure so that it behaves more like fibre in the gut.

As well as the obvious implications for conditions such as diabetes, it brings satiety (or fullness) properties to flour – allowing for better dietary choices.

“It’s been tested in small way with a sample of semolina, which showed that it worked on glucose and insulin levels,” says Prof Uauy.

“Unfortunately, lockdown has delayed the start of the next test.”

While this development was done using mutagenesis with chemicals to produce mutations, it would also have worked if gene editing was used instead.

“The two are interchangeable,” he adds. “It speeds things up in the lab, but the fieldwork still takes time. You have to make a plant with a transgenic step and then select the progeny with the mutation you wanted.”

He highlights that gene editing is just one technique that is making these developments possible.

“We’ve also had a genomics revolution, so we know which genes we need to target, and we have new technology for transformation, making the breeding process much quicker.

“So when you bring these three things together, there are endless possibilities.”

The same results were possible before because nature has always provided the mutants required, with between 90 and 100 mutations being present in every generation of wheat, he explains.

“Mutagenesis accelerated that and allowed the number of mutations produced to be increased, but it is a random process.

“Now, with gene editing, it can be site-directed.

“It adds to the variations that would have occurred naturally and allows the trait to be tested for, so current varieties could be enhanced.”

As gene editing allows the breeding process to be speeded up and targeted, his hope is that it will allow plant breeders to bring new innovations to the field in a shorter timescale.

“For most farmers, the objective is to produce food in a nutritious and sustainable manner, with the least impact on the environment,” stresses Prof Uauy.

“This is a useful technology which is part of a toolbox that allows us to help them with that aim.

“Whether they can benefit from that very soon or in 15 years remains to be seen.”

Reducing the amount of acrylamide in our food is the focus of work being done at Rothamsted Research by principal research scientist Nigel Halford.

A probable carcinogen, acrylamide is formed when vegetables that contain the amino acid asparagine are heated to high temperatures in the presence of certain sugars. 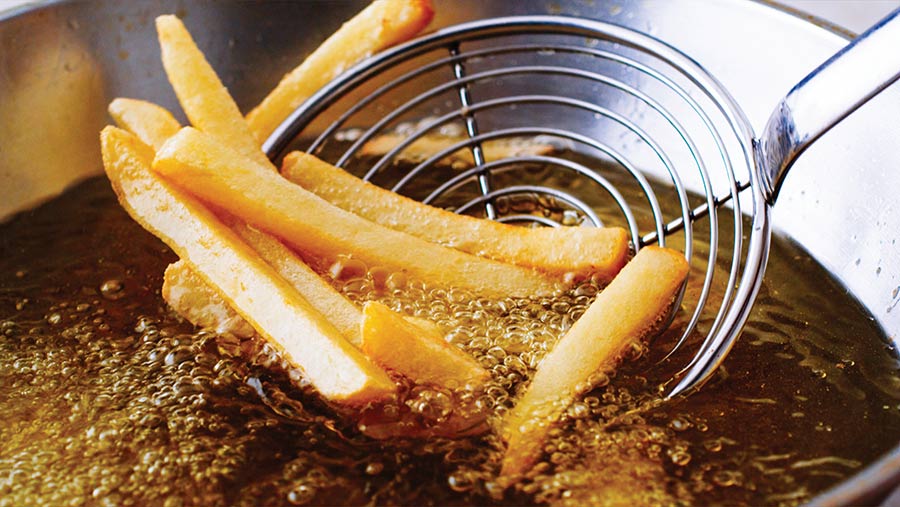 Only found in foods derived from plants, it occurs when temperatures reach 120C in the cooking process

As such, it is a processing contaminant, and is often found in fried, baked and roasted products made from potatoes, cereals and coffee.

“It’s highly undesirable and has been linked with development and fertility defects,” reveals Prof Halford.

“Until legislation is introduced, there are benchmark levels that food manufacturers have to observe, as well as Codes of Practice and guidance on how to minimise its presence in food.”

He is about to publish the results of his work on the genes that control the production of asparagine in wheat and how targeting one of them can prevent this occurring.

Using CRISPR, one of the five genes involved – that is only active in the seed – has been knocked out, giving very encouraging early results.

“We’ve been pleased with the results from work that’s been done under glass. Now, we need to see whether it performs in the field,” he says.

“We have the funding for a field trial, but we have to apply to Defra for a licence to do that.”

He stresses that gene editing is a very powerful technology that mimics a process that happens naturally, but allows it to be directed.

“There’s a great deal that could be done – for farmers, consumers and the supply chain – with this technology.

“Giving consumers the choice of either high- or low-acrylamide products would be a step forward.”

If the acrylamide regulations tighten as expected, there are likely to be product recalls and compliance failures, he warns.

“Food producers, as well as manufacturers, need to be aware of the situation.”

In the meantime, there are things that farmers can do in the field to keep asparagine levels low.

“In potatoes, sulphur has an effect, too.”

Worldwide, gene editing has been responsible for developments such as a naturally decaffeinated coffee bean, low-gluten wheat, mushrooms with longer shelf-life and soya beans lower in unhealthy fats.

Closer to home, researcher Janneke Balk at the John Innes Centre is working on a new line of high-iron, high-zinc wheat, which would replace the need for millers to fortify flour.

This has been done using GM, but the necessary genes were already present in the wheat plant and just had to be activated.