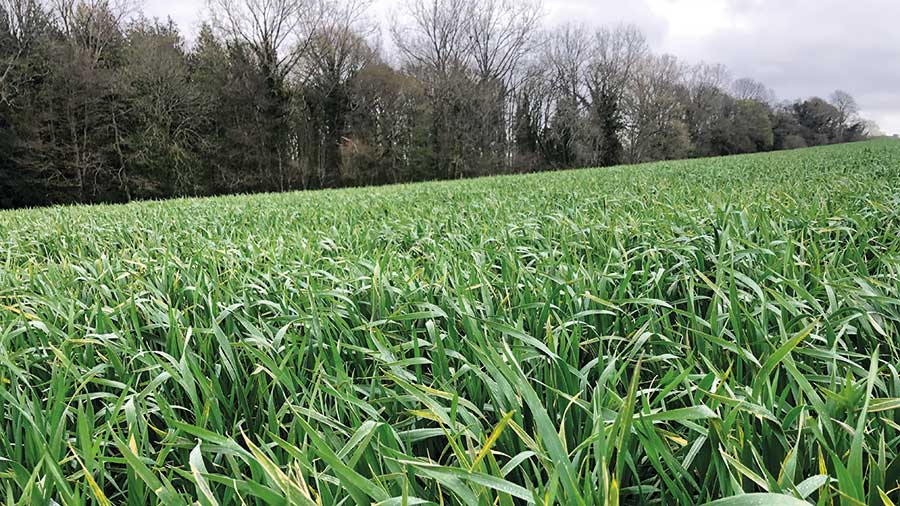 Wasing Farm in Berkshire took the bold step into organic farming and is now home to a niche rotation growing spelt, spring rye and oats for the premium milling market.

After making the organic switch three years ago, the estate’s principle means of building soil health is the establishment of diverse fertility leys which form the heart of the rotation.

Nick Corp, farm and estate manager, explains how moving to the organic system was the right thing to do for the estate, the environment and the balance sheet.

“The cyclical nature of the organic system has reduced reliance on external inputs and shock cost rises,” he says.

“We are no longer as reliant on inputs we have no control over. This gives us a much more manageable cashflow with premium prices placing us in good stead as input inflation hits.”

Within the arable enterprise, two-fifths of land at any one time is planted to a diverse two-year fertility ley, comprising a variety of grasses, red clover, sainfoin, lucerne, trefoil and chicory.

Leys are either cut for silage to feed the estate’s 60 head of Sussex suckler cows and followers, or grazed by sheep through an external grazier.

After two years, leys are terminated and ploughed in ahead of three years of arable cropping, starting with 60ha of winter spelt this season which was drilled at the end of October.

A later sowing date was chosen for weed control purposes, using a 6m tine drill and a 180kg/ha seed rate.

To achieve a rapid germination and avoid weed competition, seeds are planted as shallow as possible.

The winter spelt variety Zollern is grown for its naturally low input requirements, good straw length and vigorous growth, which gives it a competitive weed advantage.

He notes that without bagged fertiliser in the system, crops are less susceptible to lodging, which is often a downfall when selecting taller varieties in conventional systems. 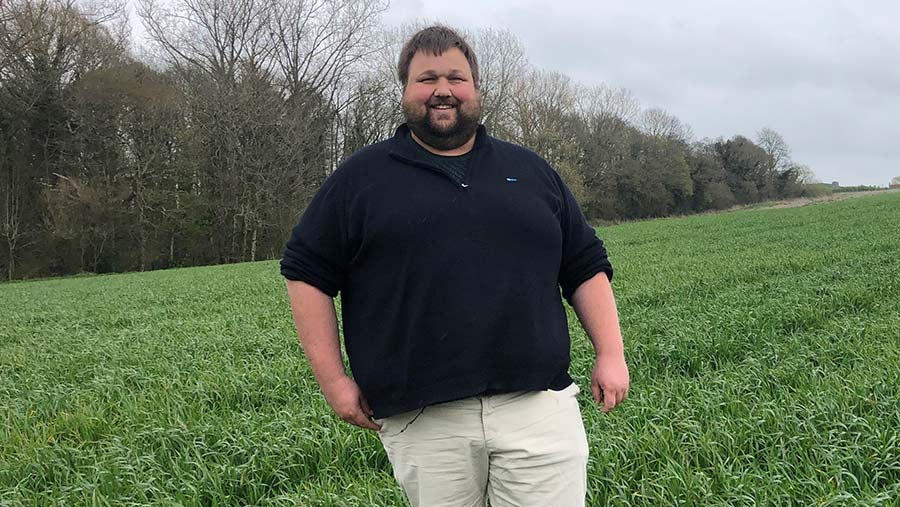 The remaining area is planted to spring crops of either spelt, oats or rye. Spring crops were drilled well into moisture this season across the farm’s medium soils.

However, by the end of April no more than 110mm of rain had fallen, leaving crops in need of a good rain shower.

“We have a mix of soils, with some land quite gravelly as we lie close to the river Enborne and the Kennet.”

This year marks the first time a crop of spring spelt and spring rye will be grown on the estate, completely replacing spring barley in the rotation.

The niche crops are not commonly grown in the UK and Mr Corp hopes they will deliver a premium price and improved milling quality, alongside greater weed competitiveness compared with the barley.

“Spring barley worked well, but we found it didn’t offer enough height to outcompete weeds, despite us growing the variety Westminster known for its long straw length,” he says.

“Spring rye, on the other hand, should hopefully offer a better alternative. We’ve planted 26ha which should be a more competitive crop with a greater straw yield.”

Unlike many organic farms, Wasing Farm does not use mechanical weeding.

Instead, Mr Corp aims to build a system around competitive-natured crops, with rotation and variety choice at the cornerstone of weed control.

Historically, a few fields on the estate have succumbed to influxes of blackgrass. However, since the transition to the organic rotations blackgrass populations have almost vanished.

The weed is suited to growing in a high-nitrogen environment, and under organic conditions infestations find it more difficult to take hold.

“What has been really noticeable is the change in the species of weeds growing on the farm,” Mr Corp says.

“Weeds such as blackgrass are no longer problematic. We do get a few problems with wild oats, but nothing that a bit of hand-roguing will not keep on top of.”

When it comes to crop nutrition in organic or other low-input nitrogen systems, ensuring sufficient levels of sulphur is key to optimising nitrogen use efficiency.

This is why a spring polysulphate fertiliser top dressing is applied during April, incorporating 60kg S/ha. Mr Corp is also trialling applications of this at drilling to kick-start crops into action.

A small area of the estate is let out to a third party to grow herbs including chamomile, where green waste compost, a by-product of that process, is returned to the farm. 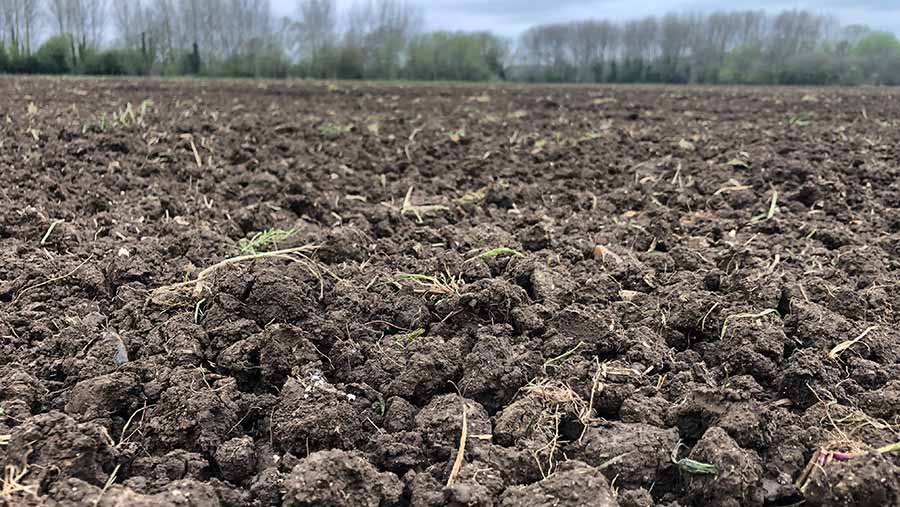 “As long as we get the combine cutting at a slightly slower pace than usual, we get the job done effectively,” he says.

Each crop is grown on contract, receiving a payment based on the feed wheat price, and the spelt and rye grain is sold to Dove Farm Foods at Hungerford.

A benefit to growing taller competitive crops is the plentiful straw. Some straw retained for cattle feed and bedding, with the remainder sold to an organic mushroom producer in Hampshire.

Owned by the Dugdale family, Wasing Estate prides itself on sustainability, which is why the organic rotation fits well with the estate’s ethos.

Various stewardship options have been set up across less productive land and as wildlife corridors to link environmental habitats such as woodland and parts of the river. 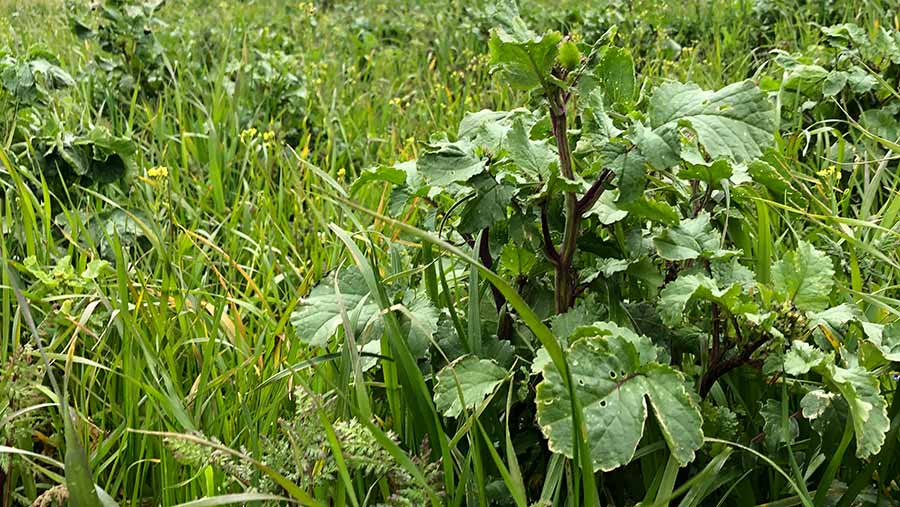 An array of plant species is growing in a two-year AB16 bumblebird environmental mix, to help promote farm biodiversity levels.

The mix contains vetch, crimson clover, phacelia and a number of brassica species and has had a profound effect on wildflife populations.

The great thing about conventional and organic farming, says Nick Corp, is that there is now so much crossover between the two methods, especially with the regenerative and environmental agriculture movement.

“It’s great to talk and network with people and try new things,” he says.

“However, if you are thinking about taking the organic step, your heart really has to be in it. It’s important you’re making the switch for the right reasons.”

The estate also hosts weddings, conferences and festivals. Last year, it ran a pick-your-own pumpkin patch which may be continued this year, alongside a maze maize and nature trail.

There are also plans to introduce a meat box business, selling beef reared on the farm.