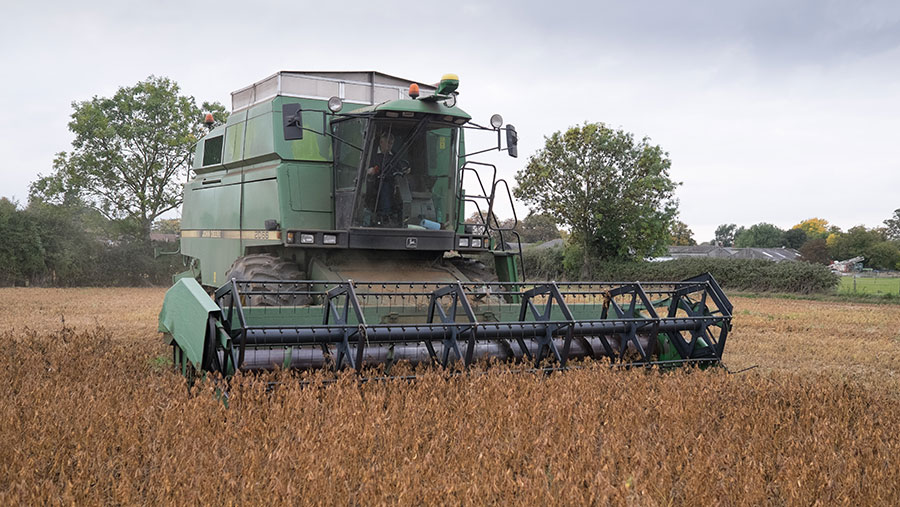 Farmers are set to benefit from a new premium market for UK-grown soya, which is a key ingredient in flour improvers.

UK Soya is working with ABN Mauri, the speciality milling arm of Associated British Foods, to develop a new market for the crop.

Flour improvers in bread have long been made from soya flour, with most loaves and burger buns containing small amounts. David McNaughton, director at Soya UK, said that while it is a small amount in each loaf, there are many loaves, so it adds up to a substantial tonnage.

Up to now, 16,000t of hard identity preserved (IP) non-GM soya has been sourced from Canada to fulfil this demand.

All UK soya goes into the hard IP market, making it a suitable replacement. “We have done lots of testing to show that the UK product is as good as Canadian soya and this has been successfully shown to be the case.”

All UK-grown soya is now supplying that market, topped up with Canadian imports, earning growers a £40-£60/t premium.

Mr McNaughton says it is a really good example of import substitution. “Hard IP soya is the second most expensive after organic, so UK soya has now found a premium market.”

Soya UK is looking for new growers to expand the growing area, which currently stands at 2,000ha.