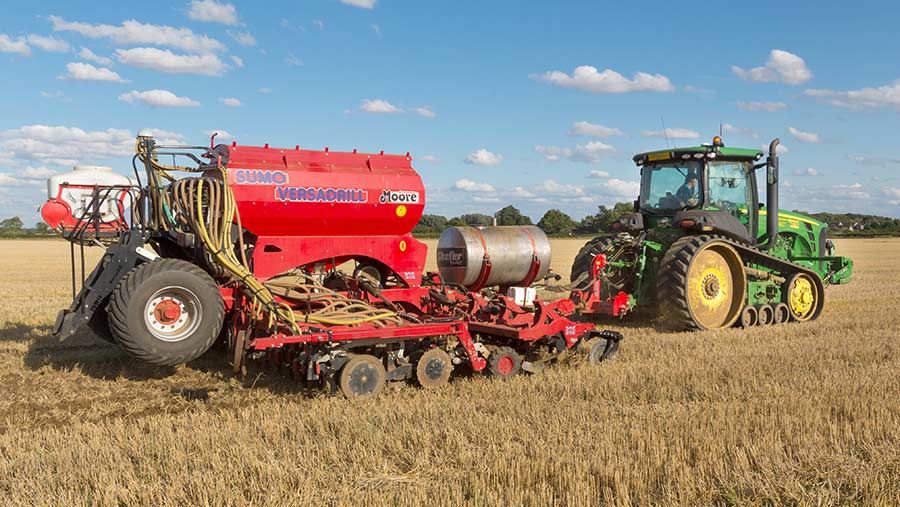 Wheat and oilseed rape are the winners in terms of gross margin, but both crops are coming under greater scrutiny, forcing growers to look at other options this autumn.

For example, growers may be tempted to trim back their second wheat area ahead of the first season without neonicotinoid seed treatments, and oilseed rape looks too risky for some because of the flea beetle threat.

Barley, beans and oats are some of the alternatives, although a weak outlook for barley prices could moderate any swing to the cereal.

Graham Redman, author of the John Nix Farm Management Pocketbook, points to other considerations when looking at the cropping mix, such as machinery and labour allocation, local markets for grain and straw and the wider rotational impact.

Some growers may reduce wheat area in high-risk situations, especially second wheats, while others will continue with winter wheat but use more cultural controls such as later drilling and different varieties to manage risks, he says.

“Wheat will remain the cornerstone of arable rotations, but there’s a lot to think about, including grassweed and pest pressure, drilling/combine capacity, storage requirements/segregation and workloads.”

There are reasonable premiums available for quality wheats next season, with Group 1 milling wheat typically worth £10-20/t over feed, while Group 2 biscuit premiums are nearer £8/t at the time of writing.

“Prices vary depending on location and end user, so ask your local merchant what varieties and specification they require.”

The arrival of Group 1 and 2 varieties promising high yields and milling potential, such as Lili, Skyfall and Siskin, gives growers the opportunity to grow for maximum yield while still having the chance to sell into a premium market if grain meets the required specification, he notes.

“There’s definitely scope to improve understanding of what buyers want. As a business we don’t like planting any crop unless there’s a market in place.”

He advises talking to local buyers to find out what contracts are available and once farmers know they can make a profit, lock in a proportion of the crop.

“For many of our Group 1 and Group 3 soft wheats, we’re looking at the ADM Field-to-Flour contract to lock in a bit more premium, which can be worth £10 to £25/t,” he says. “It also averages the quality, which can be a big bonus.”

Winter barley may not deliver the highest gross margin, but it is one of the most useful crops for spreading workloads.

“It can be harvested and moved before anything else is ready, which eases storage requirements, boosts cashflow and provides an early entry for following crops such as oilseed rape,” says Mr Smith, who predicts a gross margin of £508/ha for 2019-20.

Both conventional and hybrid varieties have a place in rotations, especially on lighter land, Mr Hall adds, although he has concerns about future feed barley prices.

“At £20/t below wheat you need to do the maths carefully to make sure you can find a home that delivers a profit,” he says.

Winter malting barley may be an option for those in the right location.

“One contract we’re looking at offers a premium of £9/t above the wheat futures price for Craft winter barley, which is quite attractive.”

The UK’s main outlet for winter malting barley is in Burton-on-Trent. However, there are several other local buyers, such as Muntons in East Anglia, Mr Hall notes.

Oilseed rape’s place in the rotation has been under scrutiny on many farms due to the damaging effects of cabbage stem flea beetle.

A survey examining the impact of CSFB on crop rotations by the Association of Independent Crop Consultants (AICC) this spring showed more than 60% of growers were considering dropping oilseed rape from the rotation.

Those in “hotspot” areas of the south and east may well follow through on this, while others are finding ways to mitigate the impact of flea beetle and other pests, as oilseed rape can still be the most profitable break crop, with few genuine non-cereal alternatives for winter sowing.

“Oilseed rape is potentially the highest grossing winter break crop, but it is high-risk, high-return,” says Mr Hall. “Farmers need to be more selective about where they grow it, avoiding problem areas.

“I believe rape will remain an important break crop, but grown on a smaller area that can be managed carefully through the season. If you’re growing oilseed rape, timely drilling and being fully committed to the crop are key.”

Sentry costings for 2019-20 suggest high erucic acid rape (Hear) could provide the best gross margin of all winter crops once the potential £70/t premium over conventional prices is factored in. The predicted gross margin of £781/ha is ahead of milling wheat at £644/ha, according to Mr Smith.

“The CSFB argument is the same whatever market you’re in,” Mr Hall says. “So if you’re looking to grow oilseed rape, there’d have to be a strong argument not to choose Hear or Holl. There’s negligible yield difference.”

Storage can be an issue as Hear crops must be segregated from conventional crops, even if they do not meet end-user specification. Holl crops can be put with other crops in such cases though.

Also, there are no Clearfield Hear or Holl varieties available at present, so if there are significant problems with weeds such as charlock, for example, it may be worth going with a conventional CL variety, Mr Smith says.

Using home-saved rapeseed can be a cost-effective option where there is uncertainty about establishment, but Mr Hall says doing this limits growers to conventional varieties and non-premium markets.

Strong prices, currently some £80/t above last year at about £240/t, and comparatively low growing costs, make winter beans an attractive alternative break crop on paper, potentially with lower risk than oilseed rape in some situations.

“If you’re wanting to extend the rotation to four years on heavy land and spring cropping is not possible, winter beans are a good option,” Mr Smith says.

“There are some good agronomic benefits, such as nitrogen fixation, providing a true cereal break and a decent entry for first wheat, but herbicide chemistry for blackgrass is fairly limited and yield consistency can be an issue depending on the season.”

Mr Hall adds: “Beans can be unpredictable in any single season, but 10-year farm margin analysis shows a positive overall impact from having them in the rotation.”

Winter oats are a very competitive crop that appears to do well on more marginal land, given its vigorous rooting and strong scavenging ability for water and nutrients, says Mr Hall.

With comparatively low input costs and premium price potential, he suggests margins compare well with other cereals, especially where there is a local market for the straw. 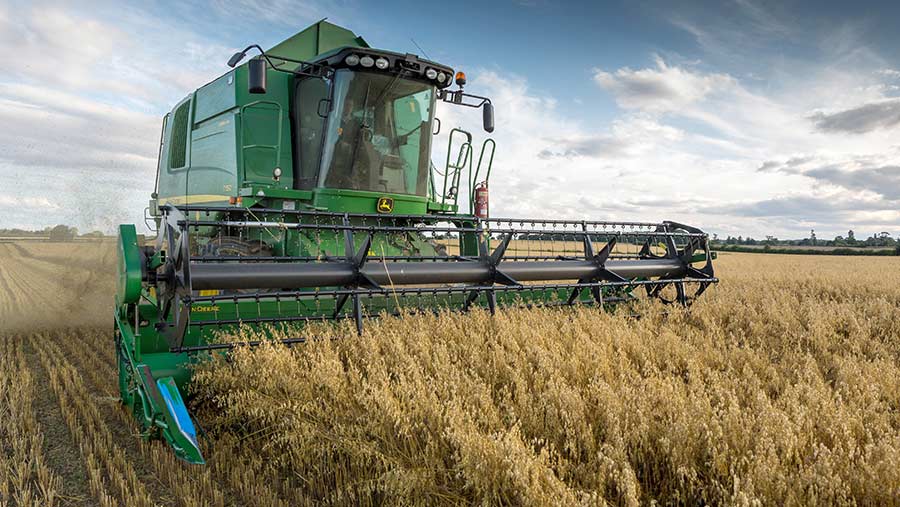 But brome can be problematic, and pre-emergence herbicide options are limited, so barley may be favoured in such cases.

Winter rye could have potential, with Sentry analysis predicting a gross margin just below second wheat at £521/ha.

“It tends to be grown on lighter land for human consumption markets, but we’re looking at trialling it for feed markets next season,” says Mr Smith.

There is a small market for winter linseed, which may be an alternative break for some. Pigeons, flea beetle and grassweeds can be issues though, says Mr Hall.