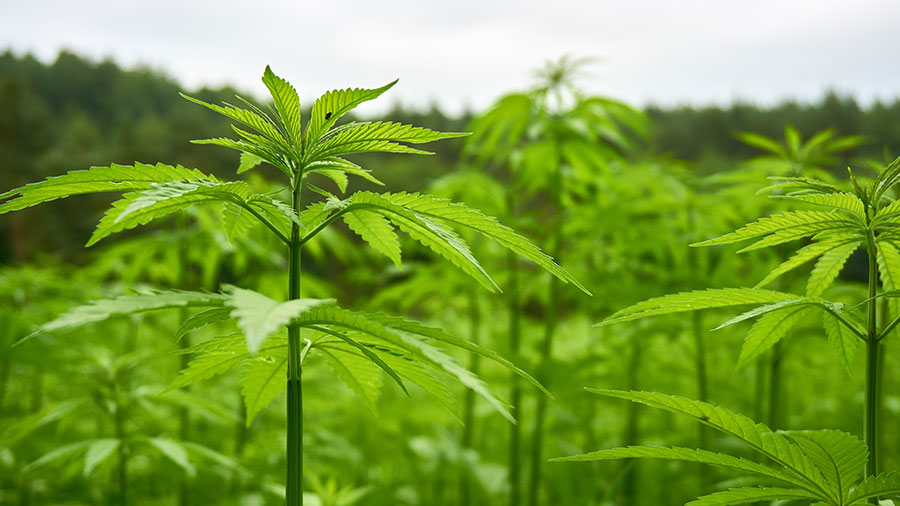 Hemp is set to become a viable and attractive break crop alternative to oilseed rape, as farmers are being sought to supply the growing UK market next season.

Compared with the constant threat of flea beetle damage that comes with growing rapeseed, hemp is being touted as great option agronomically.

As an oilseed that is native to the UK, it is easy to grow, requires few inputs, improves soil structure and increases yields for following crops.

It is also on par financially with OSR, but without any of the associated risks.

What is the market for hemp?

Although licensing and the lack of an end market for the crop have been obstacles so far, this is set to change as the UK hemp industry is pushing hard for changes to licensing rules, and a new processing plant is due to be built this year.

Unyte Hemp is set to become a major player in the UK’s industrial hemp market, as it expects to complete a new processing facility in Leicestershire by the end of this year.

The new plant will be capable of processing 25t of hemp straw a day – a huge step up from the 2t/day capacity with plants currently in operation.

Jamie Bartley, technical director at Unyte Hemp, says the market for hemp generally is huge, but the company is currently focused on producing a range of high-end products from the straw.

These include a polymer that could replace carbon fibre, a fully hemp-derived modular housing solution, and even a housing insulation panel which is also capable of storing energy like a battery.

“You could get lost in the potential end uses of hemp, but the biggest barrier at the moment is the processing infrastructure,” he says.

The new capacity equates to more than 2,000ha of hemp a year, so the company is looking to increase on the 900ha of hemp currently being grown.

The company will be looking for new growers from this autumn in the Leicestershire and East Midlands area.

Although the licensing process has put many growers off, Mr Bartley says it is hoped that Defra will be taking over the management from the Home Office, and this may make things simpler.

The licence includes restrictions on how each part of the plant must be disposed of, such as leaving all leaf and flower matter in the field.

“We help farmers apply for the licence; it’s not that big a barrier,” he says.

The company can also help with growing advice, having just set up a national cultivation centre near Market Harborough in Leicestershire. It has also been working with Cranfield University on cultivar selection.

In addition to providing a decent margin, hemp also brings other benefits to the rotation, including higher yields in following wheat crops.

This is due to hemp’s large root mass, which improves soil structure, and the flower and leaf matter, which must be left in the field as a condition of the licence, increasing nitrogen levels.

It is also the perfect choice for farmers looking to improve their carbon footprint, as hemp is one of the best crops for offsetting carbon dioxide, growing as it does, up to 5m in just four months. 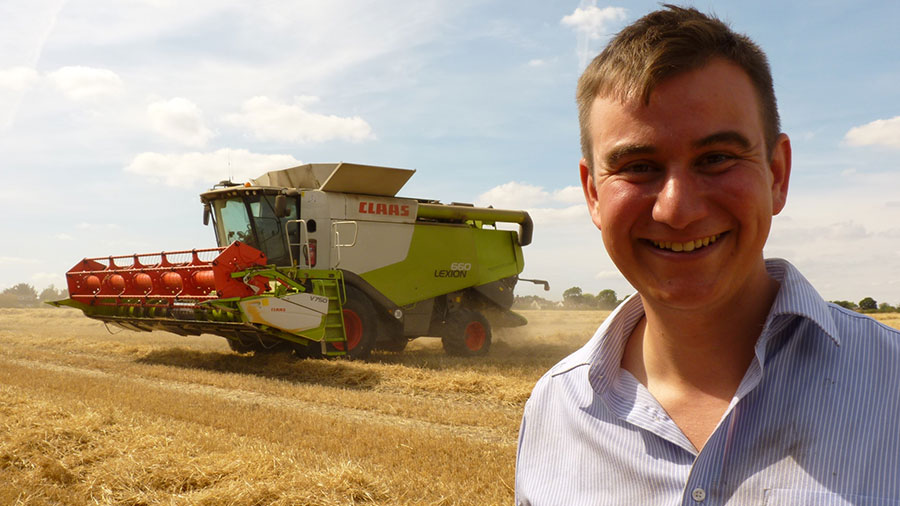 He says the most challenging part of growing the crop is the licensing, as hemp is easy to grow and has great agronomic qualities.

Licences are not awarded until April or May, which delays drilling, as the crop would ideally already be in the ground.

Despite paying £500 for his licence last year, he must apply for another licence this year to allow him to grow the crop on a different block of land, as licences are awarded by postcode.

“The legislation was put in place by the Home Office and you are treated like you are trying to grow weed, it feels like you are growing a criminal crop,” he says.

The ease with which it can be grown, the benefits to a rotation and the endless market opportunities for the crop mean it is worth navigating the licensing processes, he says.

“I love it agronomically, there needs to be a lot more work done on it, but it could fall into the oilseed rape category.”

His first attempt at growing the crop was hampered by delays to his licence and wet harvesting conditions.

Although one of the benefits of the crop is that it can be drilled late, delays to the licence meant it went into the ground three weeks later than ideal into bone-dry ground in May.

Other than spraying glyphosate to achieve a stale seed-bed, the crop requires no inputs at all, readily growing to 3m in height.

Mr Young says the crop was ready to harvest at the end of September, but conditions were far too wet, so he did not end up harvesting the crop until the end of October, by which time it had suffered pigeon damage.

Harvesting machinery
Although some growers might need to buy new kit to harvest the crop, Mr Young managed with his regular combine, albeit at a top speed of just 1km/hour.

As a result of the poor establishment and seed dropping, his yield was pretty poor, with the crop achieving just 700-800kg/ha uncleaned.

Despite a poor first attempt, Mr Young will be growing the crop again this year, but will be switching from a fibre crop to one grown for its seed, as his main interest in the crop lies in the potential of the oil market.

Seed crops are also shorter, making them easier to harvest, and if all goes well, it should be ready to cut in August.

He plans to cold press the oilseed with a dehuller, and turn it into hemp oil to market into London. Mr Young already sells his heritage emmer and einkorn wheat crops to London bakeries.

“I will be selling small quantities. I’m not going to go nuts, but people have already moved from olive to rapeseed oil, so it’s not far to move them onto hemp,” he says.

Although his location near London makes the oil market particularly appealing, Mr Young believes there are enough market opportunities to temp all growers.

“The size of the hemp market is genuinely massive. It’s incorrect legislation put in place by the government which is holding it back.”

He believes legislation needs to be changed to give farmers the ability to try it, and that the AHDB should be doing more work into useful crops such as hemp.

“The seeds are hugely nutritious and also provide a lot of protein, which is important in this vegan-led world.

“People think pulses are the answer, but they aren’t. We need to be growing alternative protein sources like hemp and heritage barley,” he says.