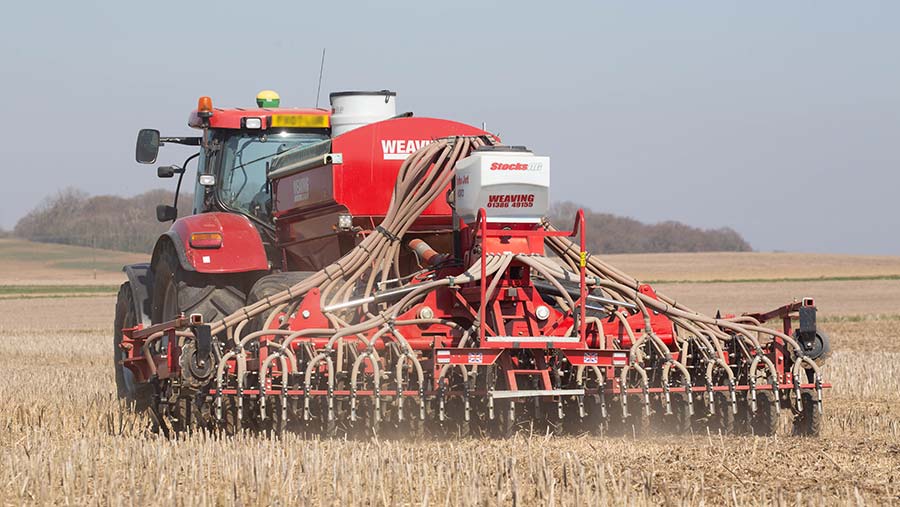 Cropping plans will be influenced by the need to get rotations back on track after such a disruptive year, say experts at Cereals LIVE.

Minimising the legacy of this year’s difficult conditions and developing a reliable rotation for 2021 are top priorities, with many farms still having seed in stock to use up and soils to repair.

Strutt & Parker agronomist Jock Willmott said two key decisions for this autumn would be how much wheat to plant and whether or not to persist with oilseed rape.

“Minimising risk will be the focus,” he said. “Most growers want to maximise their wheat area as much as possible for income and stability, so it could be 60-65% of the combinable rotation.

“That means there will be a proportion of second cereal to manage, as many spring cereals are first wheats this year.”

He advised that winter wheat was the most reliable cropping option for following a fallow, providing the wheat bulb fly risk was managed, while a feed wheat could follow spring barley if the straw had been baled and a good chit of volunteers achieved.

“Wheat can go in after winter barley, but the hybrid six-rows create more difficulties with volunteers,” he added.

For those wanting to start drilling wheat earlier this autumn, stale seed-beds would be necessary, he predicted.

“Start dates will depend on previous cropping, but the aim is to get crops in the ground in good order and get the pre-emergence sprays on.”

Mr Willmott said confidence in oilseed rape had fallen sharply, with many growers refusing to entertain the idea of drilling the crop.

Except for the North East and Scotland, oilseed rape planting was likely to be a localised and dynamic decision based on the presence of soil moisture, he said.

“There will be moments of weakness if we have an early harvest, but there’s a huge level of disillusionment with the crop.”

Alternatives to oilseed rape include familiar crops such as oats, beans, sugar beet and peas – with Mr Wilmott stressing there was no magic filler crop to take its place.

However, he also outlined that some of the stewardship fallow options looked increasingly attractive against falling break crop reliability.

“An option like AB15, a two-year sown legume fallow, can work very well in rotation with two years of wheat and will bring in £522/ha/year.”