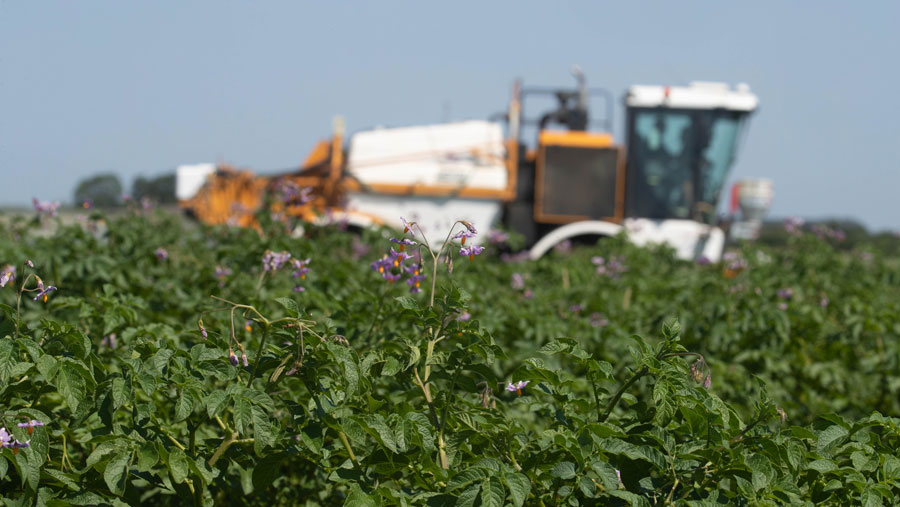 Knowing whether markets will reflect the higher costs of growing and harvesting crops was occupying the minds of visitors to this year’s Cereals event, ahead of autumn 2022 and spring 2023 planting decisions.

Choices were being mulled over as growers sought advice on how to navigate the rapidly rising costs and greater volatility affecting their businesses, before finalising harvest 2023 cropping plans.

Potatoes, sugar beet and milling wheats were coming under intense scrutiny for their likely returns, given the cash flow requirements to produce them, the current lack of commitment from end users and the greater risks involved in their production.

For farm manager Will Baker of Thoresby Farming in Nottinghamshire – where next year’s Cereals will be held – the reluctance of supermarkets to recognise the present situation on farm is putting vegetable contract negotiations in jeopardy, especially with potatoes.

“They just aren’t interested and it could become a bloodbath,” he said. “Farmers won’t commit to planting potatoes in 2023 without better terms and an acknowledgement of what we’re up against.”

With potatoes, sugar beet, carrots and onions in the rotation, as well as combinable crops, Mr Baker was adamant that the business would not order any potato seed without a good contract.

“It’s time to fight back a bit. We are used to taking the highs with the lows, but the retailers need to wake up and come to the table.”

The potato area has already taken a hit at David Bell’s farm in East Fife, after an over-supply situation for the past two years in the pre-pack market saw around 400t going for stock feed at a considerable loss.

He switched to spring barley instead and can’t see the situation changing in 2023 without a better commitment from potato buyers. “The barley will cost me far less to grow, has a range of market options, and the buyers are engaged and interested,” he said. 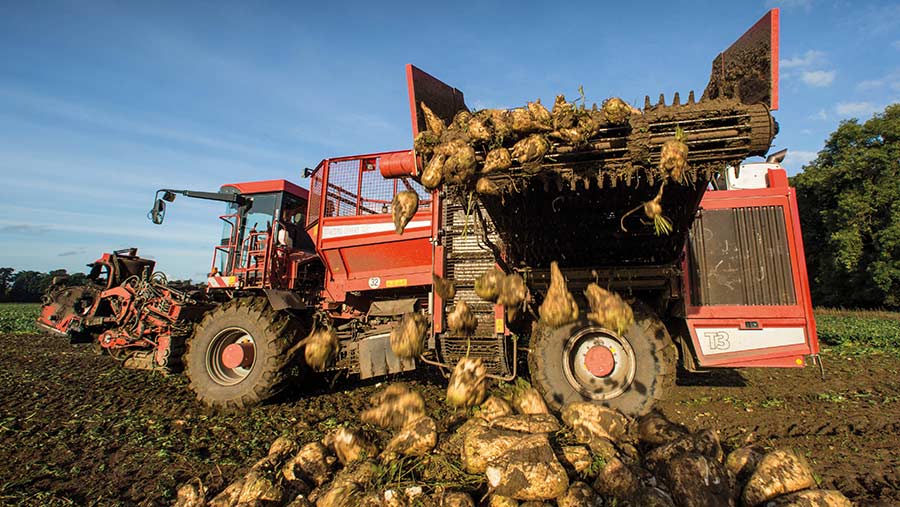 Speculation that the imminent sugar beet price announcement will be much more favourable was rife at Cereals 2022, with growers pointing out that it will have to stack up before they commit.

Like many others, former Duxford Monitor Farm host Tom Mead will be out of contract this year and is wondering what to do.

“My plans are still a bit fluid and I might go back into oilseed rape,” he said. “I’ve bought most of my nitrogen fertiliser, so I am aware of what I can grow wheat for. There are more unknowns with sugar beet, so the price will have to be right.”

That view is shared by Tom Clarke who also farms in Cambridgeshire and has lost money growing sugar beet for the past two years, following disappointing yields.

“The pressure is on. Under the futures-linked contract you can sell beet that is harvested this September for just over £39/t.”

He also pointed out that the new price – when it is agreed – applies to crops that will be harvested and paid for next winter. “It needs to reflect the rollercoaster risks of growing sugar beet, as well as our much higher costs.”

Milling wheat premiums were another hot topic. The extra nitrogen fertiliser requirement for high protein grain and the vulnerability of Group 1 varieties to disease and weather events were causing growers concern.

All agreed that premiums would have to rise significantly, or growers would abandon the Group 1 sector – opting for either Group 2 varieties or switching to hard feed types.

Lincolnshire grower Charles Anyan has both milling and feed wheats in the ground – with the former grown under contract for Warburtons.

“The unknown is whether I will be able to afford to put that last extra bit of nitrogen on,” he said. “The wheat price may be up, but so is everything else.” 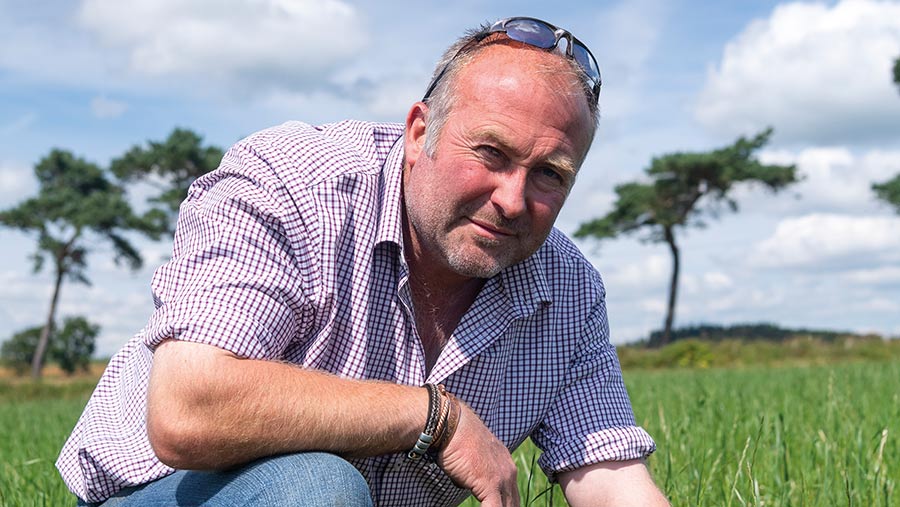 Otherwise, growers who spoke to Farmers Weekly were making tweaks to their rotations – mainly as a result of frightening fuel and fertiliser costs – and were selling more wheat forward than they usually did.

Oilseed rape was likely to make a return in 2023, but only if good establishment could be achieved. While wheat will be the mainstay, winter beans were in their rotational plans and lower-input crops such as oats were also in their sights.

All intended to be more careful with inputs and stick to their budgets, monitoring cash flow religiously – recognising that their main challenge was likely to be access to cash.

Having a supportive bank is essential, said Edwin Taylor, who farms in County Durham and is in the process of taking on another 240ha.

“In our case, the bank has recognised the issues surrounding farming, understands the implications and is supporting all our plans.”

With 20,000ha of land under cultivation for clients, Sentry Farming will keep looking at new ways of doing things as it continues to improve efficiency.

The company’s eye-watering fertiliser bill for next year will be softened by applying organic manures – with biosolids contributing 40kg/ha of N – and some carryover of stocks, as well as the use of the N Tester and technology to help with the targeting of nitrogen.

Nitrogen rates have already been reduced from 240kg/ha to 180kg/ha where possible, with more to come, revealed director John Barrett.

“Our cropping for harvest 2023 won’t be hugely different next year, although milling varieties are a struggle to justify and movement difficulties with peas will limit the area we grow,” he said.

Oilseed rape will feature if the company is confident that it can be timed correctly. “It still works if the conditions come together.”

Otherwise, home-saved seed will be used where appropriate and the focus on resistant varieties will remain, with both Extase and Parkin holding their own.

“Agrochemical costs have gone up and there will be more to come, so we want varieties that aren’t as reliant on the can,” noted Mr Barrett.