Farmers growing winter linseed as an alternative break crop to oilseed rape are advised to focus on their autumn management, as treating it like OSR can increase the lodging risk and lead to significant yield losses.

Many arable farmers across the UK are planning to drop OSR next season and some are switching to winter linseed as an alternative break crop in their rotation.

They are attracted by its many benefits over OSR, as the crop does not suffer from cabbage stem flea beetle damage and has significantly lower input costs, making it a profitable option for sowing this autumn.

It also improves soil health and enhances yields of subsequent crops, particularly winter wheat, as linseed acts as a host for mycorrhizal fungi.

See also: Most wheat growers not tempted to drill early this autumn

However, like all crops, there are pitfalls to avoid, including the development of large crop canopies which risks lodging and significant yield losses.

Winter linseed has a relatively low fertiliser requirement, typically 80-130kg/ha N, which is nearly half of that used in oilseed rape production, with no need for seed-bed fertiliser applications.

Miss Foxall suggests a total of 120kg/ha nitrogen fertiliser in a 40:60 split, with the first application during March and a later application before flowering. The key is to not apply too much nitrogen too early as this feeds the stem rather than yield.

“Growers should not apply fertiliser during stem extension as this causes long stems to develop, which increases lodging risk,” she says. 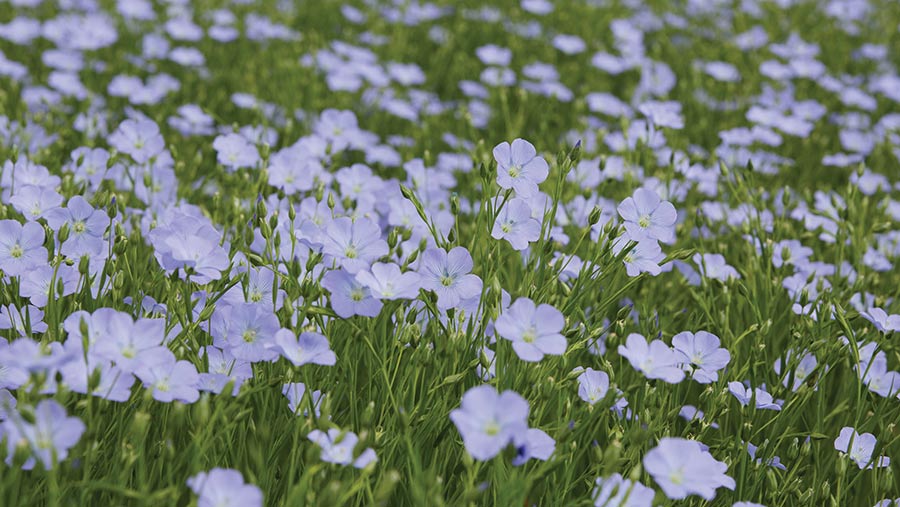 “Farmers are used to growing oilseed rape where plenty of nitrogen is used to develop large canopies which yield well, but winter linseed is not like this.”

Managing lodging risk in winter linseed is important, particularly in mild winters when crops are forward. Maintaining a short stem is key, with applications of a plant growth regulator at stem extension essential.

The type of product used to control lodging depends on crop height. The fungicides metconazole and tebuconazole, which are widely used on winter linseed, both have growth regulatory effects.

At a height of 20cm metconazole can be used, while at 30cm or more the plant growth regulator Toprex (paclobutrazol) should be applied which has an Extension of Authorisation for Minor Use (EAMU) for linseed, as well as having some fungicidal activity.

The drilling window extends from early September through to early October, depending on location, with drilling usually taking place after rapeseed but before winter wheat. 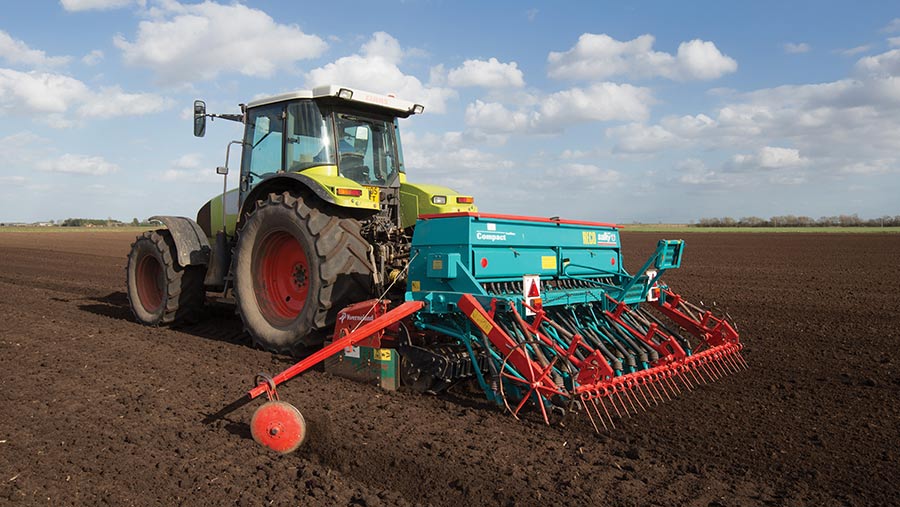 “In the North optimum drilling timing is during the first to middle week of September, whereas further south we are looking at later plantings, up until the end of September or beyond,” she says.

Seed rates vary according to soil type and drilling date, but Miss Foxall advises growers to aim for 450 seeds/sq m, planting at a depth of 2-3cm, which is similar to that of cereals.

Due to the relatively small area of winter linseed grown, there is limited build-up of disease in soils which means disease threats are low.

Despite this, preventative fungicides are still applied using an application of difenoconazole, metconazole and tebuconazole to control any potential diseases – which include kabatellia in the autumn, septoria in spring and botrytis during flowering.

“Kabetellia is like phoma in oilseed rape, where an azole application just before winter will control it,” she says.

There is a wide selection of herbicides available for winter linseed, with pre- and post-emergence sprays for broad-leaved and grassweeds.

Hannah Foxall, agronomist at Premium Crops, busts the myth that winter linseed is a “nightmare” crop to harvest.

The development of new varieties with reduced stem fibre levels means crops are now significantly easier to cut, while an application of a desiccant spray before harvest also aids the harvesting process.

“Harvesting without desiccation can be done, but we advise against this as any uneven crops, green patches or weeds will wrap around the combine, creating a difficult harvest,” says Miss Foxall. 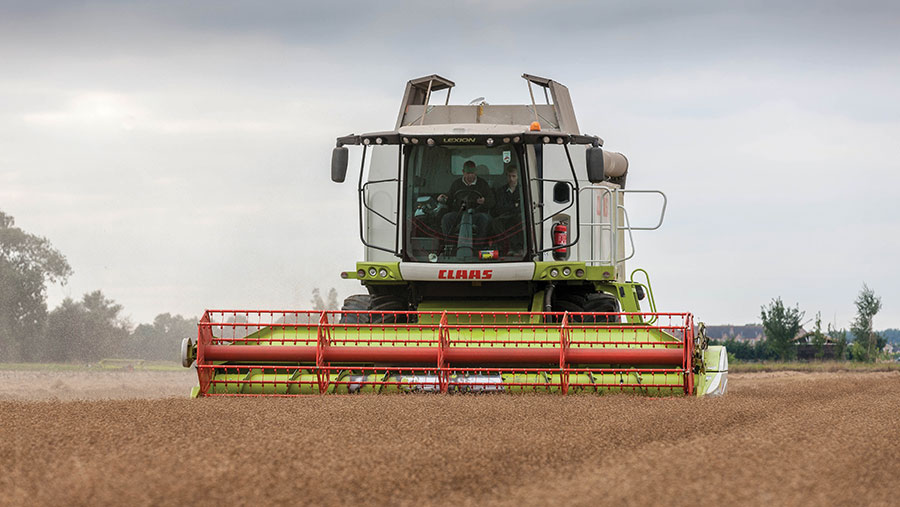 The only product available for the desiccation of linseed crops is glyphosate. However, the AHDB has recently announced an emergency approval for the desiccant Spotlight Plus (carfentrazone-ethyl) for use on seed crops only.

When it comes to harvest, Miss Foxall highlights that cutting of the crop should take place on a bright sunny day with low humidity levels, and that combine knives should be sharp. “Winter linseed is a crop that cannot be forced to harvest. If it is not ready just simply come back to it,” she says.

However, she warns growers not to leave harvest too late as a process called retting can occur. This is when compounds which hold the crop’s stem fibres together break down, causing stems to go stringy and making crops challenging to harvest.

As a rule of thumb winter linseed should be harvested before winter wheat.

After his oilseed rape crops suffered devastating attacks from cabbage stem flea beetle, he began searching for a viable alternative.

With experience growing 160ha of spring linseed, and with legumes posing a challenge to grow, Mr Chamberlain decided to drill 40ha of the winter linseed variety Alpaga last autumn, and will grow an additional 40ha next year.

Crops were successfully planted in September and harvested at the end of July, but yields did not reach the expected 3t/ha.

“Yields were disappointing this harvest due to the dry March-April period and the extreme heatwave in May during the main seed filling stage, which caused the seed to abort. This wasn’t the crops fault at all- just the damaging weather,” he says.

As a result of the dry weather, Mr Chamberlain explains that the crops were stressed, limiting their height, so he didn’t apply the plant growth regulator which would normally be used.

He adds that no issues were experienced during harvest as crops were sprayed off with glyphosate and Spotlight Plus (carfentrazone-ethyl) for those grown for seed.

“If killed and cut with the sun out, there should be no harvesting issues,” he says. “All you need then is a well-maintained machine with sharp knives.”