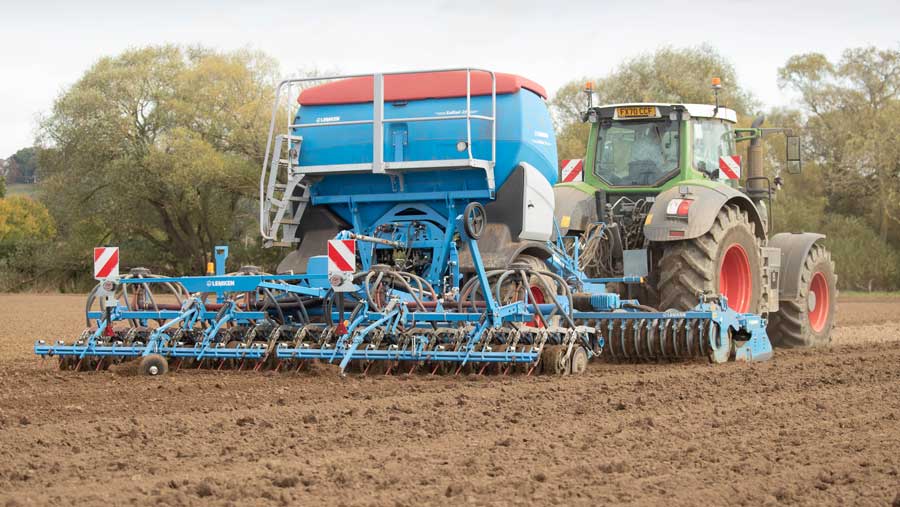 This autumn may see rotational changes on farms, as producers grapple with the combined effects of reducing basic payment (BPS) incomes, volatile crop prices and hikes in input costs.

But planning these is not straightforward – there are multiple factors to consider, including profitability versus sustainability, pest and disease build-up and hidden benefits such as nitrogen fixation by pulses.

Why review your rotation?

Generating a profit is important for any farming business to cover costs such as electricity, water and fuel, says Adrian Matthews, director, food and farming at Savills.

“When thinking about an arable operation, in the past few years BPS has been a part of profit. As it is reduced, it’s important to take account of this in rotations going forward.

“We need to look at the crop and what it can achieve; environmental schemes will form a part of that, so we need to think of stewardship as a part of the rotation – rather than beside.”

How to plan a rotation

Producers should approach the rotation as if they were tendering for the land under a farm business tenancy, says Mr Matthews.

Start with the soil types and quality. “Are they light or heavy? Wet? North-facing or south-facing?”

Consider how the soil may restrict yields and what sort of crops can be grown. “What are the limitations – are there issues around blackgrass?” This will affect the choice of crop grown.

Then think about what existing machinery is available, plan what investments need to be made and take that into account.

“Increasingly, deprecation is becoming a more significant cost to a business, although it’s not something farmers write a cheque out for every year.

Very often, farms are using short-term finance to purchase machinery – so this needs to be taken into account,” says Mr Matthews.

When thinking about future legislation, such as the Sustainable Farming Incentive (SFI) and Countryside Stewardship (CS) scheme, purchasing a direct drill may be an option.

“Think about when you might need to buy a new drill or replace it in years to come.”

The next step is to examine the existing crops and rotation.

“Many people are looking at extending the rotation on oilseed rape, and growing it one year in six, rather than one in three. What will replace the oilseed rape?”

Storage and drying capacity are something else to think about, particularly if extending the rotation.

“What are the storage facilities like? If there is a simple open floor store and you’re looking to store six different crops – can you physically do that? And is there the capacity to handle it in the dryer?”

Labour is another important consideration – are there enough staff to do the work?

“Often, when spreading the rotation, there is a greater variety of crops with a range of drilling and harvesting dates – the workload can be spread across the existing staff and machinery,” says Mr Matthews.

It’s crucial to look at the rotation as a whole, including anything that is under environmental stewardship, he adds.

“For pulses, when looking at the net margin they aren’t particularly exciting, but it’s a matter of spreading the workload and what fertility they can provide to the next crop.”

When it comes to risk, undertaking CS options can help as a buffer.

“The AB15 option – two-year legume fallow – assuming you are undertaking the management work, provides a pretty guaranteed income. So, this can take some of the risk out of the equation.”

“That contributes to the overall rotational value, not just the value of the crop itself.

“With careful planning of crops, together with Countryside Stewardship, you can have a financially sound rotation, plus environmental and sustainability benefits.”

Harold Makant, strategic policy and land management adviser at Natural England, agrees there are opportunities within current and future schemes to recover some of the money lost by the phasing out of BPS.

“I would highly recommend looking at the Countryside Stewardship options.

“Although the Higher Tier Countryside Stewardship applications have closed, the Mid-Tier and Wildlife Offers are still open until 29 July 2022.”

There are other schemes available all year round, such as Catchment Sensitive Farming and the Woodland Tree Health grant.

Some CS options that would be particularly relevant to an arable farm wanting to increase and enhance biodiversity include: 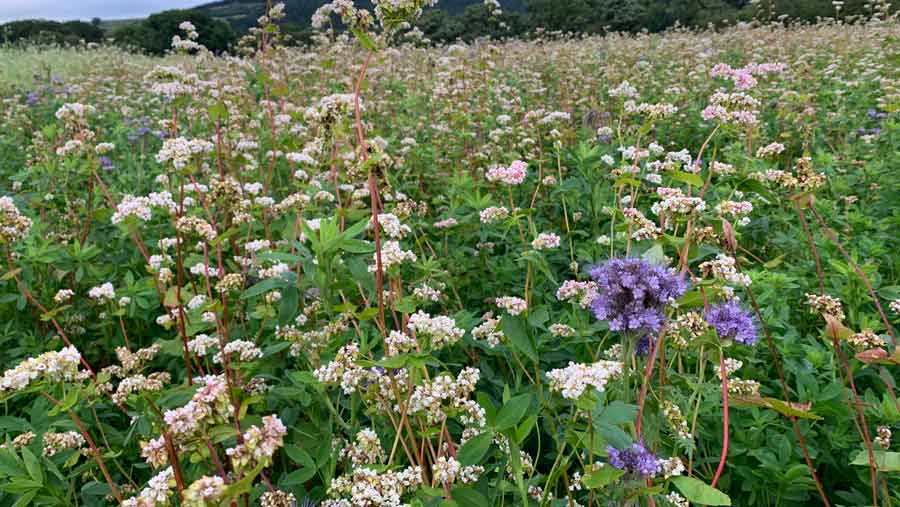 “This can make a contribution towards cash flow and income security.”

However, the SFI will not replace direct payment losses. “You get out what you put in, but by engaging with SFI you will start getting some of the money back,” explains Mr Makant.

“There will be costs involved with these actions and the payment rates are subject to change.”

James Cox, arable farmer from Tetbury in the Cotswolds, grows 270ha with a rotation of malting barley, milling wheat and milling oats.

Despite not having the highest yielding land, Mr Cox has improved his margins by growing premium crops in his rotation.

“This has worked well with malting barley; we have been able to hit the specification every year and storing it so we can market it throughout the season is really important.”

Mr Cox has taken out 9% of his arable land to enter into Countryside Stewardship options, which he manages alongside his arable acreage.

“I believe it’s very important that crop production is the priority, but making it fit with the environment too,” says Mr Cox.

“Most of the options are in the margins around field edges, where historically we have struggled to get the best of the crop.”

Also to improve margins, Mr Cox has been looking into using variable fertiliser and seed rates along with GPS technology.

“I want to be able to see where the best-yielding parts of the farm are and to see if there are any places we can put environmental options going forward.”

The challenges of volatility may impact his rotations in future. “The marketing of our crops and yield we achieve are the biggest influences over the profitability of our arable business.”