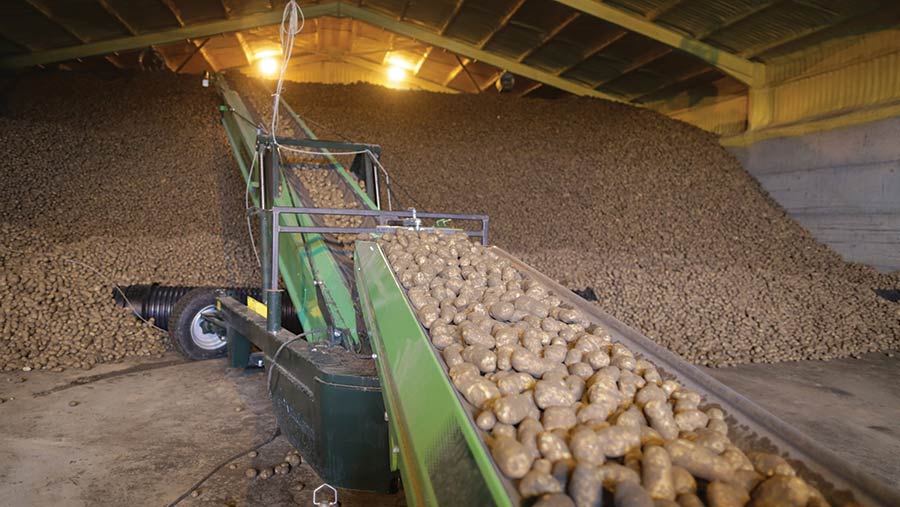 Potato growers using sprout suppressant chlorpropham (CIPC) will need to thoroughly clean stores after the 2019 crop is unloaded next summer to lower the risk of residue exceedances after the active is withdrawn.

Plant growth regulator CIPC is the potato industry’s go-to method of controlling sprouting in store and has been in commercial use since the 1960s.

The European Commission’s Standing Committee on Plants, Animals, Food and Feed (SCoPAFF) first recommended CIPC’s approval for non-renewal February in 2019 and after some wrangling between EU Member States, the non-renewal regulation came into force on 8 July.

On 15 December, the Chemicals Regulations Directorate (CRD) finally published the timeframe for its grace period in the UK.

Potato growers will be able to buy CIPC products until 8 January 2020 and can legally use them in potato stores up to 8 October 2020.

Typically, the maximum residue limit (MRL) – the highest level of a pesticide residue that is tolerated in or on food or feed – is dropped to the 0.01mg/kg limit of detection (LOD) once withdrawn.

For this reason, using CIPC on stored 2020 harvested potato crops just ahead of the 8 October cut off will be ill-advised, according to Tjaart Hofman, European development manager for CIPC approval holder Certis.

“We asked as an industry to have an earlier end of grace period, because we don’t want any use of the product in autumn 2020.

“We will really push people to change over to alternatives for the next harvested crop,” added Dr Hofman.

While this is straightforward advice for the potato supply chain to take on board, using CIPC on the 2020 crop won’t be the only way to fall foul of the MRL beyond next October’s use-up date.

In the UK, the vast majority of CIPC is applied as a hot fog, where an aerosol generator heats the liquid concentrate using LPG or petrol.

As the fog exits the generator and into the store’s ventilation system, it cools and forms microscopic crystals, which are deposited on tubers, but also all over the fabric and infrastructure within a store.

This could be walls, ceilings, fans, ducting, pressure chambers and boxes, where in use, and if the crystals are left in the store, they can volatilise in the future and contaminate untreated crops.

Recent research led by the European Potato Processors’ Association (EUPPA) has tried to quantify residue risk to untreated crops loaded into stores with a history of CIPC use.

Some 358 samples were taken across north-west Europe, and it was shown that about two-thirds had a detectable CIPC residue. Of those positive samples, 95% were below 0.4mg/kg. The current MRL is 10mg/kg.

It is unrealistic to believe farms will rebuild stores from scratch to eliminate potential MRL exceedances, so measures need to be put in place for October 2020 to reduce the risk for growers concerned about crop rejections caused by contaminated stores.

Armed with the results of the study, plus further risk assessment data requirements, registration holders Certis and UPL have applied to the European Food Standards Agency (Efsa) for a temporary MRL that is higher than LOD.

The firms’ dossier is currently under evaluation by Efsa, and the European Commission has requested that it makes its conclusions by January 2020, with any deciding vote taking place from February onwards.

While Dr Hofman didn’t speculate on the outcome of Efsa’s evaluation, it is hoped that the temporary MRL will be approved and in force by early 2021.

The threshold is expected to be below 1mg/kg and likely to be around 0.4mg/kg, which just 5% of samples in the residue study exceeded, giving growers a safety net and more time to address the issue of residues in store.

As a condition of the temporary MRL, it is likely that the European Commission will expect the potato industry to make significant efforts to minimise any residue risk, including store cleaning.

So, in addition to not using CIPC in autumn 2020, growers should also plan to thoroughly clean stores before loading with the 2020 crop to avoid being in the few percent of crops that might exceed any temporary MRL.

Further research is taking place on the most effective methods of cleaning  CIPC-contaminated stores, with a detailed Europe-wide protocol set to be published in spring of 2020.

Again, Dr Hofman wouldn’t speculate on what might be the best way of cleaning CIPC from stores until official research was complete.

However, Nick Green of store hygiene experts Stored Crop Conservation and chairman of the NAAC CIPC applicators group, says growers must be proactive in store cleaning after unloading next summer and offered some insight into areas to address.

He tells Farmers Weekly the most obvious starting point is removing as much dust as possible from all accessible areas of the store with an industrial vacuum.

Pressure washing is also likely to be a useful tool, with the caveat that it should be done with cold water, rather than hot.

“CIPC gets into concrete, so stores may have a very high residue loading in the floor and heat will only bring more to the surface. Use cold water and repeat as often as possible.”

Other areas of concern are plywood ducts and tunnels in older stores, which may have absorbed high levels of CIPC, and replacement should be considered.

Similarly, old foam insulation may have to be removed or re-covered with fresh foam to lock in the chemical. 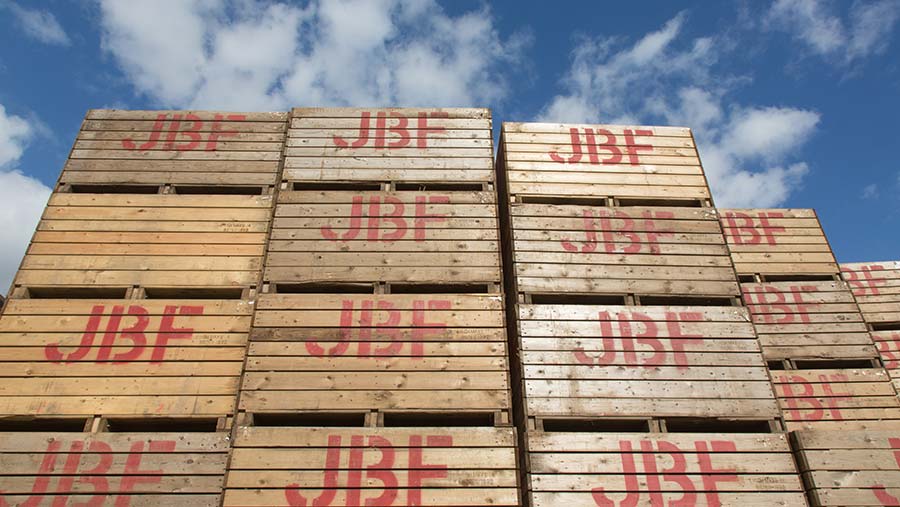 Mr Green also recommends leaving contaminated boxes outside and exposed to the elements, ensuring they are not stacked too high or too tight to maximise breakdown of CIPC residue locked in the timber.

“You have got to be proactive or something might be picked up and you then end up with an unsaleable crop,” he warned.

Both experts were speaking or attending the recent BP2019 event at Harrogate, Yorkshire, which is the British potato industry’s premier event. Held on a biennial basis, it attracts exhibitors and delegates from right across the supply chain.