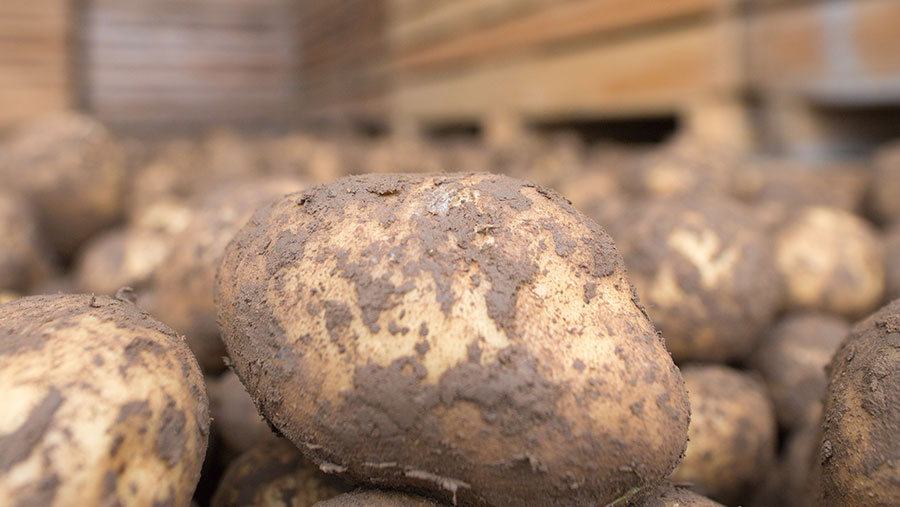 A sprout suppressant widely used used in potato stores is to be banned, leaving growers with few options to prevent sprouting.

CIPC (chlorpropham) is a vital tool to control sprouting and is applied to about 3.5m tonnes of potatoes stored each year in the UK. The processing sector, in particular, relies heavily on the suppressant.

That’s because tubers for crisping and chipping markets have to be stored at higher temperatures to minimise the production of sugars that can adversely affect fry colour, making them more prone to sprouting.

However, the European Commission has decided not to renew the approval of CIPC.

While the use-up period has not yet been set for the UK, it is understood that the maximum grace period for use, storage and disposal is 8 October 2020.

“The withdrawal of chlorpropham now means that agronomists have very limited options to recommend to farmers for potato storage,” said Hazel Doonan, head of crop protection and agronomy sector at the Agricultural Industries Confederation.

Another potential problem for potato growers is that the maximum residue limit (MRL) will fall to near zero within two years, which means the export of potato products to Europe with residues of CIPC above this level will not be permitted.

This could be a problem as the sprout suppressant can be absorbed by the fabric of the potato store, which can then be released, leading to traces of the active being found in potatoes.

Chlorpropham is also used as a herbicide in salad, onion, leek, herb and ornamental crops, where its weed spectrum and residual activity on soils with high organic matter are particularly valuable.