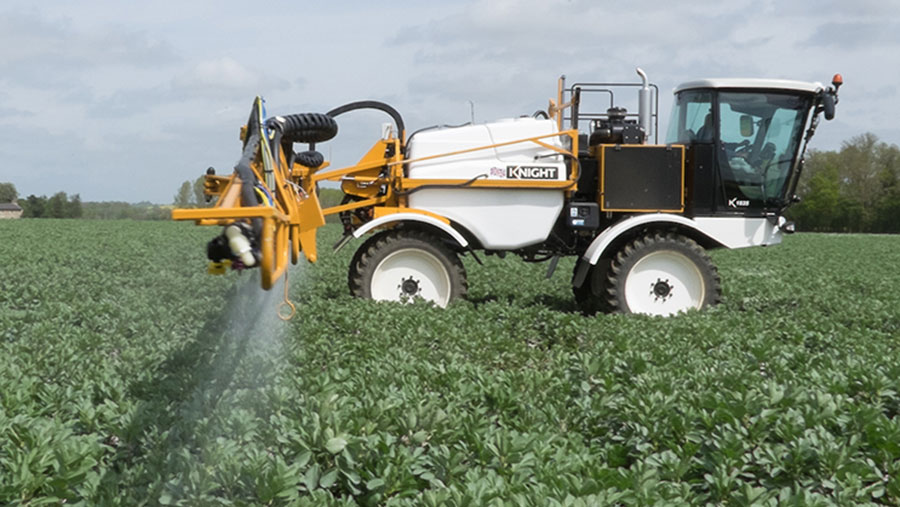 Alternating warm and cold spells are proving to be a challenge for our agronomists this spring, as they look to get fungicide and growth regulator application timings back on track with widely varying crop growth.

The hot bank holiday weekend will once again accelerate cereal growth and awns are already emerging in winter barley which are receiving their T2 sprays.

Likewise, the flag leaf in some early wheat crops is starting to emerge meaning the key T2 spray is fast approaching with no let up in the disease threat.

See also: How to find the best varieties on the revamped oilseed rape list

A glorious weekend on the Downs has allowed many to catch up and good progress should be possible on more forward winter wheat T2 fungicides next week.

Those crops with good potential, will receive a mix of epoxiconazole, fluxapyroxad, pyraclostrobin and chlorothalonil (for anti-resistance protection), plus a late plant growth regulator (PGR) where required.

The result of recent fine weather will mean crop growth will be picking up again in cereals. For wheat, even those where T1s have only just been/are still being applied, crops will be moving rapidly towards flag leaf emergence – some likely to show this coming week.

At the same time, winter barley awns and ears are emerging, and T2 fungicides including chlorothalonil for ramularia, will need to be applied, if not already done.

Brown rust is still ticking on in the bottom of many crops, and net blotch is easily found. Planned late PGRs based on ethephon, which were delayed by recent wet and windy weather, may now be too late, as we are past the awns emerging stage in many situations.

Oilseed rape crops are past peak flowering, and moving back to a more green appearance, and the pod-fill stage. Where flowers are still present, the sclerotinia risk remains high, and a top-up fungicide based around prothioconazole and fluopyram will be applied.

Seed weevils will also be more active under current conditions. Although not likely to cause severe damage by themselves, their feeding holes allow the pod midge to lay their eggs in pods, ultimately causing the familiar pod splitting, most typically within the headland areas of the crop.

Winter beans are now growing rapidly, and have received a fungicide to control chocolate spot and downy mildew.

Pea and bean weevil grazing is relatively high at the moment, but crops are growing away from any damage, and are unlikely to require an insecticide. 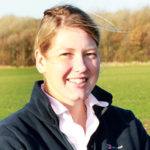 A tricky start to the season saw our planned technical strategies being reshaped into a series of compromises driven by logistics and what is actually achievable. How well we have managed this difficult period of wet conditions and fast development will be revealed later in the season.

In early wheats, the tips of flag leaves are likely to be appearing. On these crops many T1 fungicide sprays were applied late to emerging leaf two rather than leaf three. It’s important that we get back on schedule with T2 fungicides aimed at protecting the flag leaf.

In contrast on many October and later drilled wheats, T1 treatments have been well-timed at leaf three emergence.

My advice would be to keep fungicide timings tight and sprays robust. Many crops have good yield potential and will be receiving an SDHI plus azole + chlorothalonil mix at this timing.

Wheats with good biomass or where the timing of earlier PGRs was compromised will need a robust dose of late-season PGR. The T2 fungicide timing is an opportunity to apply another PGR and finalise cleaver control (so long as it is applied before ear emergence).

In oilseed rape, where a two-spray fungicide strategy is in place it will soon be time for the second fungicide as flowering declines.

Winter beans have received the first fungicide at early to mid-flowing as chocolate spot begins to develop low in the canopy.

Spring crops are at very different stages depending on drilling date. Some spring barleys will be at late tillering and ready for their first fungicide with broad-leaved weed control.

This is one of the most interesting weeks of the year as it is a great yardstick for crop development. At last we have some warmth in the soil and crops are growing on.

Winter barleys are still a bit behind last year, but perhaps now less than a week later.

Winter wheat has also caught up to pretty much its usual stage on average, with most at growth stage 32 and leaf two coming out. As ever, there is a wide range of wheat growth stages at this time. Many have had the T1 (especially if T0 was omitted) and are on track with the fungicide programme.

There are the usual varietal differences in septoria levels, and yellow rust made an appearance pre-T1, although at a low level.

Winter oilseed rape has been notably slower in development following the late spring, and is taking a long time to come into flower. There may be one or two that are backward enough to merit a pollen beetle spray now temperatures are warmer, but growers should go firmly by the thresholds.

Even then, the threshold may not be met further into the crop despite large numbers of beetles at the edges. The mid-flowering fungicide may be a bit later in the month than usual.

After all the delays, spring cereals were drilled in double-quick time into good seed-beds which had benefitted from frost and broke down beautifully.

Crops emerged very quickly and are heading towards a weed spray and manganese at leaf two, with the first fungicide aimed at growth stage 31.

Potato planting was held up significantly and a large proportion of the crop was not in the ground before May. These spring crops seem destined for a late harvest.

The short spell of warm weather in the third week of April allowed us to get some much-needed grassweed herbicide applications to wheat crops.

However, I do fear the delay to these applications is going to result in poorer than hoped efficacy as blackgrass, ryegrass and brome were all larger than ideal.

In some cases, chlorothalonil was added as a severely delayed T0, but worthy of inclusion as leaf four was still the emerging leaf at that time.

Then the roller coaster spring weather plunged again to cooler and unsettled meaning that these T1s have only been applied recently when temperatures climbed back in an unprecedentedly warm bank holiday weekend.

So this has meant leaf two is going to get some fungicide coverage which is no bad thing in my opinion although leaf three may well have already been exposed to infection.

Winter barley T1s were also applied in this April peak of warmth, despite crops still looking fairly short at this time I persevered with a robust plant growth strategy.

In hindsight this was the right decision as barley crops have romped though the growth stages and awns will be emerging on forward crops by the time you read this, too late for a late PGR product.

So T2s will be going out in the coming week with a more traditional awns emerging “paintbrush” timing plus some chorothalonil added for ramularia protection.

Oilseed rape crops went from green bud to early flower with this shot of warm weather so yellow bud planned fungicides went on, but have certainly covered early flowering protection from sclerotinia.

These will followed up after three to four weeks with a mid-flower sclerotinia fungicide which in most cases will go on this week.