It hasn’t been a good year for grassweed control, with heads seen above crops. In the East, Ryan Hudson says the worst areas have been wholecropped or sprayed off and this should be a priority.

A lack of control is evident in the South, where Zantra’s Kevin Knight says roguing gangs are out in force. He says now is the time to draw up a five-year plan to get on top of the weed.

In the West, Matford Arable’s Neil Potts is putting the very variable crops down to underlying soil problems, exacerbated by the wet winter and cold, late spring.

In winter wheat, spray misses and GPS “hiccups” are showing significant levels of yellow rust in susceptible varieties (Claire, Cordiale, Solstice and  Reflection) and a surprising number of those that have high resistance scores (including Skyfall). Brown rust is also present and active, along with septoria.

Where sprays have been applied at the correct growth stages and gaps between applications have been sensible, the wheat is clean, strong and has great potential. What we need now is sunshine throughout grain fill, and well-timed showers.

T3 sprays are under way and are targeting fusarium and michrodochium, along with late-season septoria and rust.

Prothioconazole and tebuconazole form the backbone, with the addition of prochloraz for microdochium. If pressure is high, I have included thiophanate, which adds to foliar and ear disease control and showed a yield uplift of 0.2t/ha in trial results from the past two years.

Downy mildew and rust are showing in both winter and spring beans, though bruchid beetle activity is only just starting up.

Roguing gangs are out in force – this has been a heck of a grassweed year. Variable glyphosate results, a second vernalisation leading to another spring flush, reluctance to spend on herbicides and the usual blackgrass resistance woes have made for some depressing sights.

Rotation, cultivation, and attention to detail still need to be improved in many cases – now is the time to plan your five-year strategy to put things right. Start by spraying off any isolated patches before the seed sets. 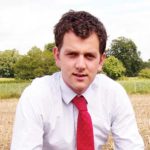 It is now quite apparent where T0 fungicides were delayed or omitted and also the difference in disease susceptibility between varieties.

Generally the top three to four leaves are clean. However, below this crops are losing leaves, with the more resistant varieties such as Skyfall, Crusoe and Revelation very clean top to bottom.

When we start looking at varieties for next season, disease resistance must be the main consideration.

Grassweeds are also now emerging above the top of the crop and it is clear to see the extent of the problem across the counties I travel through.

In the worst cases, areas have been wholecropped or sprayed off and this should be a priority if we are to get on top of the problem.

Looking at a recent trial site, spending about £230/ha had just about controlled blackgrass, but this cannot be economical or sustainable.

Chemically we are unable to control lackgrass and when planning for next year, barley, later drilling and more spring cropping will have to feature much more. Managing seed-beds throughout the autumn to get as much of the blackgrass flushing prior to planting the crop is also crucial.

When looking at gross margins, spring cropping can be a viable alternative to wheat, even on heavy land, and when factoring in high spends on herbicides along with increased fertiliser and fungicide requirements.

Despite the difficult drilling conditions, the regular rain and warm conditions have allowed spring barley to develop and tiller rapidly.

Consequently, where it was used to tackle blackgrass it is doing its job of outcompeting and smothering the weed. Although we will still have blackgrass, there are only one or two tillers and much smaller ears are likely to form, reducing the seed return.

No sooner did we get past the cold, wet spring than the grumbles began about lack of moisture. Walking through crops the ground is certainly hard and very dry, but we are not in a drought situation.

In fact, crops are coming along nicely and the fields of rye for anaerobic digestion are now very visible as the heads appear.

Many farmers have reduced their mainstream wheat and barley acres in favour of crops with potential to produce higher outputs. It is a bit sad when a rise of £1/t causes excitement among wheat growers, but that is the state of the market.

Even the most optimistic characters are not predicting bigger yields than last year, therefore they must conclude that output will fall – possibly by a long way.

With prices sitting about 7% back on the year, the outlook is not cheery and once again we end up pinning hopes on disasters elsewhere in the world.

Most of the really profitable, progressive farm businesses are relying on income sources such as renewables or leisure facilities to protect the bottom line.

Some have managed to add value by processing or marketing in an innovative way, but it is fundamentally wrong that an efficient producer of combinable crops in the UK should be viewed by society as an environmentally destructive peasant. 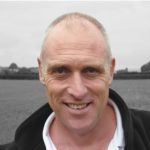 Crops this year are extremely variable and the factor that is most responsible for the variation is soil structure. The wet winter and late and cold spring has exacerbated any pre-existing soil issues.

Winter wheat crops have rallied pretty well, but it is still too early to say whether we will have done enough to control septoria well. The next big debate for wheat crops will be whether to ear wash or not.

The outcome of the discussions will depend on several factors, including crop potential, end market, weather and the effectiveness of the programme so far.

One thing that is quite evident as the season progresses is that applications of urea do not appear to have delivered the same level of nitrogen uptake and growth that ammonium nitrate has achieved.

This may not be down to the use of urea itself, but the fact that where urea has been used, sulphur has generally been missing from the fertiliser programme. Full soil analysis results this spring indicate very low sulphur residues in the soil. In my view sulphur should now be considered an essential input to any crop.

Like most crops, spring cereals are variable. Earlier-drilled crops have struggled more this year. They went into cold seed-beds that were perhaps a bit too cloddy and then took a long time to establish.

The maize crop, which is a major crop for us in the South West, is looking good this year. Pre-emergence herbicides have worked reasonably well, but now require a follow-up herbicide. Those not treated with a pre-emergence are now in definite need of an herbicide.