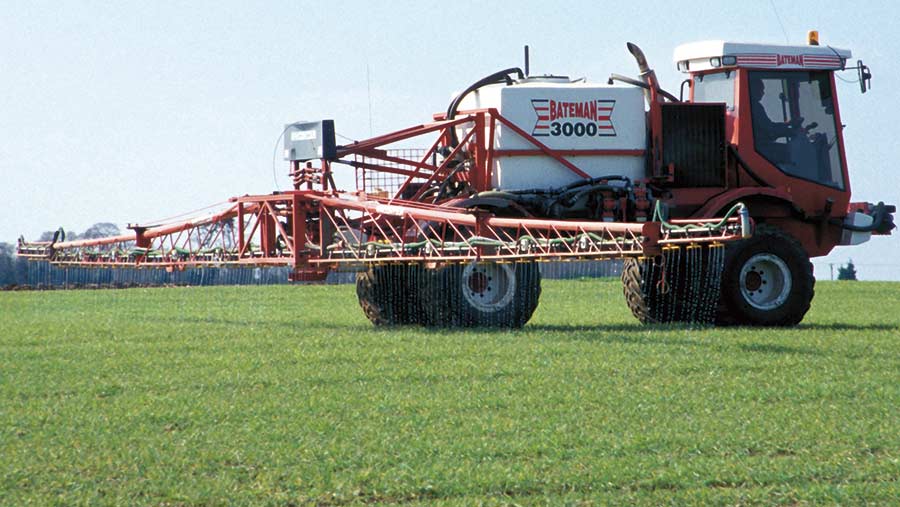 There is a thread of cautious optimism running through each of the submissions from our agronomists this week with crops looking well and low weed burdens in the fields of Lincolnshire for Sean Sparling.

Managing a crop with a good yield potential brings its own challenges, however, and Iain Richards is forecasting that robust plant growth regulation will be required.

Spring work is now under way in most parts, with Andy Goulding favouring fertiliser applications on oilseed rape crops where conditions permit, with nitrogen helping to mop up pigeon damage.

However, care should be taken to ensure soil conditions are adequate before any drilling takes place, as the risk of compaction remains high with soils still doughy below the surface, warns Stephen Harrison. 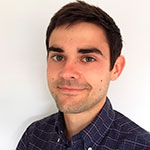 A frosty November has kept aphid flight to a minimum and slug activity to isolated cases.

However, it hasn’t prevented rabbit damage in our small hedge-lined fields.

Cereal crops are generally looking well with similar observations across the country – septoria on early drilled wheat and mildew evident on all cereals (depending on variety).

Residual herbicides have worked well leaving only the tough weeds to be tidied up, as well as waiting for consistent temperatures to tackle grassweeds before they become competitive.

Crops are beginning their spring growth at a steady pace meaning attention is therefore focused on fertiliser application with late-sown and successive cereals being a priority.

Some have been done and not left a mark where travel has permitted, but at the end of last week Storm Doris spoilt our fun and delayed proceedings.

Oilseed rape canopies have been stripped back by the frosts which have allowed easy access for pigeons to dine.

Here too, canopy management is being done on a field by field basis, and some N has gone on to help them through the mutilation while we wait for more N to mineralise.

Soil-dwelling potato pests are the next decision to mull over as these are inherently difficult. Results from Harper Adams’ speciation survey showed that of the 30 samples taken from the North West, 100% were Globodera pallida only.

Although unsurprising, it’s encouraging to know new chemistry with a better environmental profile is in the pipeline, but although there are glimmers of hope with chemical intervention, this is, of course, the last part of integrated pest management.

There is a lot of interesting research looking into this – trap cropping and biofumigation are just a few of the areas I will be enthusiastically keeping a close eye on. 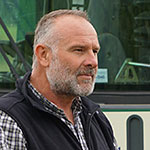 February saw 47mm of rain following the 39mm in January. As a result, conditions in the field feel a lot wetter than perhaps they should.

Why? No drying weather since Christmas coupled with fog, mists and torrential drizzle throughout last month – that hasn’t allowed the land to dry out.

Oilseed rape has survived what winter there was with ease, and fertiliser dressings of N and sulphur are being applied as conditions allow – sulphur needs to be in the plant ready for stem extension and with it taking four to five weeks to get into the plant, now is indeed the time to go.

Splitting the nitrogen 50:50 is fine on the forward crops with a growth area index above 2. On the more backwards crops, it may be best to apply in three dressings to avoid wastage and reduce the likelihood of promoting leggy growth.

The light leaf spot threshold for treatment is one plant in seven affected – but we only get protection from light leaf spot fungicides so make sure it’s there in the first place and make sure the weather favours you with a chance of getting your money back.

If it stays cold the light leaf spot isn’t going to spread, and with a maximum of three weeks protection against this disease from even the best fungicides, timing is crucial.

The picloram in Galera will struggle to work on cleavers in the current temperatures so bide your time – remember the one-in-three-year restriction in place on this product.

The good news for us in oilseed rape is that propyzamide has worked. I’ve seen it work for a few years on blackgrass and cabbage stem flea beetle larvae levels are also generally low.

Blackgrass contact materials are being applied in wheats where required, where we still trust them and when possible.

However, the combination of a wet end of October which delayed drilling by default, and the very good levels of control from the pre-emergence stack, mean that grass and broad-leaved weed levels are relatively and pleasingly low in most cases anyway – but that could all change in the coming weeks.

With everything beginning to wake up, our more backwards oilseed rapes have been getting their first spring nitrogen.

While the rest of the oilseed rape, and our later-drilled and second wheats will be receiving theirs in short order, we won’t be fertilising any wheat drilled before the middle of October until well into March.

None of our wheat will be doing without a T0 this season. Not just because we’re finding so much active septoria about.

Nor because we’re taking any belt-and-braces approach. But because it’s such a key part of our whole cost-effective wheat management strategy.

Our T0s are designed to put us well ahead of septoria, in particular, so we have enough leeway to cope with any T1 or T2 weather delays and don’t have to more than make-up for any early season economies with extra mid-season expense.

More than this, though, they’re focused at least as much on plant growth regulation and micronutrition as on disease control.

Because they’re so lush, thick and well-tillered, early plant growth regulation will be a priority for our earlier-sown wheat.

As well as knocking back the relatively high levels of septoria they’re carrying, we want to balance them up and make sure we get a good shortening of internodes and further root development, minimising what could easily otherwise be significant lodging risks.

So we’ll be using a robust T0 dose of a low-temperature active chlormequat alongside a decently curative epoxiconazole-based fungicide and a multisite protectant.

Although our preferred triazole combination also has a good element of rust as well as mildew activity, if yellow rust rears its head we’ll be including a strobilurin to bolster on variety defences.

Lower levels of disease mean we may well only need a multisite protectant at T0 for the wheat drilled after mid-October, together with a plant growth regulator approach targeted more at extra tillering and root development.

We’ll probably be including a phosphite at this stage to boost rooting too and, depending on individual crop needs and soil conditions, extra manganese and zinc.

Ahead of T0, of course, we’ll be going in with a good grass weed tidy-up so don’t compromise timings or let tank-mixing considerations get in the way of the best product choice.

Fingers firmly crossed, I have to say our blackgrass levels are gratifyingly low at the moment. Long may that last. 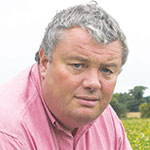 We have enjoyed an excellent winter for crop establishment and growth.

Virtually all crops have entered the late winter/early spring with even populations of healthy plants.

Winter rape is developing new clusters of leaf and the most forward crops are moving towards stem extension.

Where a November fungicide was applied there is very little light leaf spot to be seen.

Winter barley is carrying a lot of tillers. Earlier-sown crops, which made a lot of winter growth, are showing manganese deficiency symptoms. First top dressings of N are under way as lighter soils are looking very hungry.

Winter wheat looks green and healthy. Septoria is kicking about in the base of forward canopies.

We have not found yellow or brown rust so no fungicides will be applied until leaf four emergence at about GS31.

With such dense canopies delayed N and efficient plant growth regulator programmes will be the order of the day.

Blackgrass control has been satisfactory with a reassuring performance from early February applied contact materials.

It has been a good year for pre-emergence programmes.

On the heavier land cranesbill is the dominant broad-leaved weed which seems to survive every pre-em you can throw at it. Arylex products will be used with the T0.

Winter beans have made far less growth than last winter due to the colder conditions, and are really showing up the effects of compacted headlands.

Spring drilling has not started. Soils are still doughy below the surface layer and we do not want to create compacted seed-beds. Well sown, half grown.