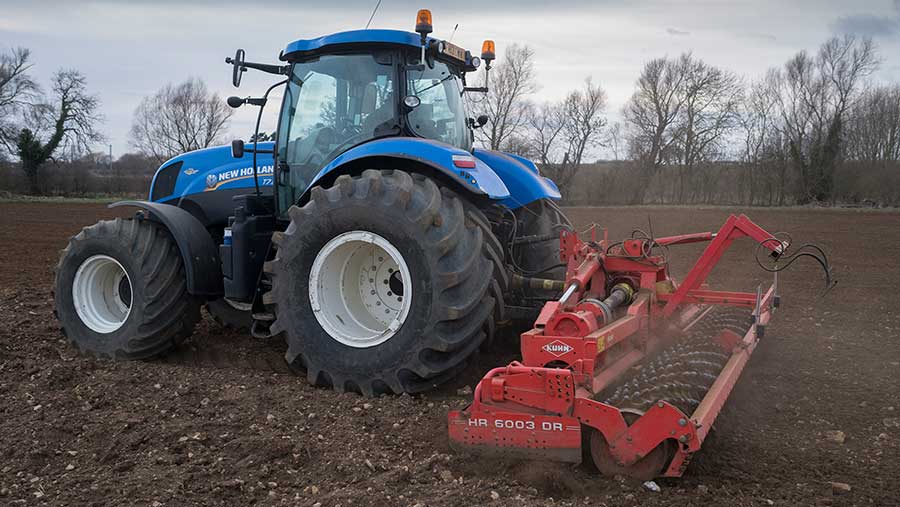 As crops receive their last sprays in what has been a kind if dry autumn, thoughts are turning to how to ensure spring crops get the best start in the new year.

Spring cultivations have been carried out in near perfect conditions in the North, and are well ahead of where they would normally be.

Meanwhile in the East growers should take advantage of continuing dry conditions to work any remaining stubbles now to avoid multiple cultivations in the spring which might erode away precious moisture.

Although we have had rain, the weather remains unusually dry for the time of year, in a part of the world that is usually considered wet.

On the one hand this is welcome in that it is shortening the winter and relieving pressure on feedstocks on farm, but on the other hand if it remains drier than usual for the rest of the winter the crops are going to struggle for moisture next summer if that turns out to be another dry one.

Barley yellow dwarf virus continues to be the main topic of conversation at present, and trying to decide whether a follow-up aphicide treatment is required following Deter (clothianidin) on the seed.

Factors to be considered when assessing this are drilling date, previous virus history, altitude and aspect of the field, proximity to the coast and how much the crop has grown. The latter will tend to dilute the active in the plant.

Certainly any September plantings ought to have an aphicide regardless, but October plantings will require more careful assessment. The scary thing is how much more important aphicide applications are going to be next year, following the loss of Deter.

I for one cannot see the sense in banning a perfectly targeted seed treatment in a crop that bees will not be foraging in, in the knowledge that the alternative is blanket spraying of insecticide. This is not good for farmers and I suspect probably a lot worse for bees.

Oilseed rape crops are remarkably free of any visual disease symptoms. This is making the decision on the timing of fungicide inputs more difficult than usual. On the plus side doses are likely to be lower and fewer.

Some winter barley crops have exhibited some fairly severe transient scorch from flufenacet and prosulfocarb applications put on as pre-emergence treatments to tackle brome.

The most severely affected crops were those that were just emerging when we had 50 to 60mm of rain in one weekend. They have all subsequently recovered, but it looked shocking at the time.

This autumn has been one of the easiest for allowing crops to be sown into good seedbeds, but despite this it has still brought some challenges.

The main challenge has been to establish oilseed rape with cabbage stem flea beetle initially proving very problematic as crops struggled to grow in the dry weather.

Thankfully most crops survived the onslaught but now it is the larvae of these adults which still have the potential to cause more crop damage.

Phoma has recently started appearing in oilseed rape crops so fungicide choices can target this disease and light leaf spot at the same time where required.

Propyzamide applications for grass weed control are under way despite soil temperatures being slightly higher than ideal.

With limited spray opportunities at this time of year these herbicides are being applied now while there are good travelling conditions.

Clethodim appears to have worked well so the propyzamide should help finish off any surviving grass weeds whilst providing a residual layer to control later weed flushes.

In winter wheat crops the weather has allowed the planned herbicide programs to be applied for grass weed control.

Strong winds have often delayed the application of some of these herbicides so there may be a slight reduction in overall grass weed control.

However, the chance to apply the planned programme in the autumn is still preferable to catching up in the spring when the weeds are larger. Slug activity remains low but they are grazing some recently emerged crops, so remain vigilant.

Mildew is evident on earlier sown crops of wheat and barley. In the vast majority of cases no fungicide has been required as frosts will provide sufficient control.

Winter barley crops have established well so there will be a good canopy in the spring to provide good crop competition against grass weeds. Manganese is being applied to earlier sown cereals on light land.

Cultivations for spring crops are also well ahead of what can be expected for the time of year. A lot of fields have been ploughed or cultivated in ideal conditions ready to be sown in the spring.

There is a general air of satisfaction among the troops after what has been for most a pretty benevolent autumn.

The dry spell held off long enough for everything to be drilled, even on heavy land after maize, and we’ve since had enough rain to get everything germinated successfully.

Slug pellet usage has been minimal, and aphid numbers in general have been low. I jokingly suggested to one client that if ever there was a year to book up tickets for Australia this would be it; he replied that it was already done and they’re off in a few weeks. I’m not jealous at all.

There is a direct relationship between blackgrass control using residuals and drilling date. In short, for anything drilled early (ie before 1 October) control has been inadequate.

Anything drilled after 21 October may well get away with just a single pre-emergence residual.

If ever there was a message to be taken on board this has to be it. I know every autumn is different but this surely must be a mindset that needs to be adopted if we are to have any chance of not even beating, but learning to live with this problem.

I also realise that the dry seedbeds have exacerbated the problem by preventing a flush of grassweeds and stopping the residuals from working, but we’d had the driest summer for 40 years and it was always going to take a massive amount of rain before anybody had a chance of “missing the boat”. Rant over.

The dry autumn has given a few problems too. Later drilled oilseed rape and some second cereals are seriously struggling on lighter land where straw is taking a long time to break down and locking up nitrogen.

Every combine line is visible and digging down the straw and chaff is as wholesome as it was the day the combine went through. The plants are there; they are just a fraction of the size. Hopefully they will catch up at a later date.

As the temperatures have now cooled down and it’s feeling a little more like the beginning of winter, it’s time to both look back on this autumn and to plan for the spring.

In general, crop establishment this season has been relatively easy, with the earlier hot, dry weather not bringing much good news on the harvested yields, but working wonders with regard to promoting good soil structure, and in turn giving good seed-beds and allowing free-draining soils to extend drilling windows into November. 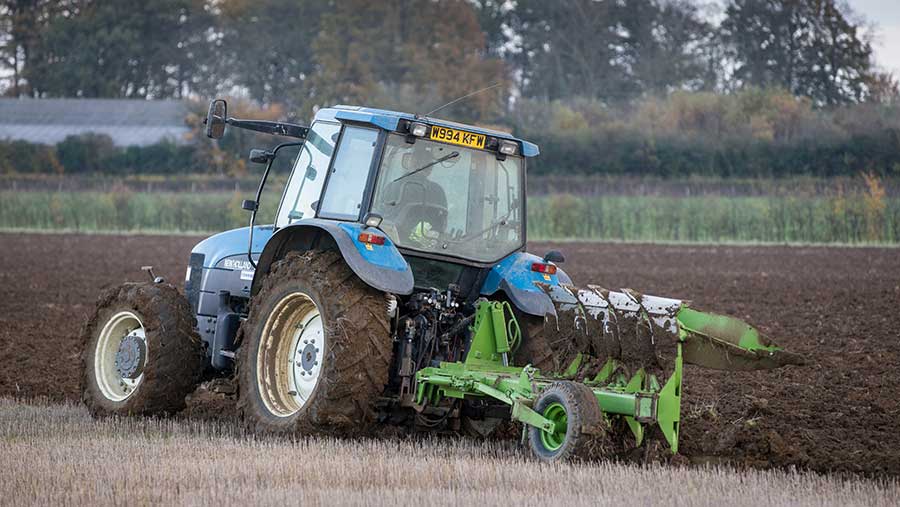 It seems like a long time since the first fields of oilseed rape were drilled in early August. Fortunately, halauxifen + picloram has worked well on even large broad-leaved weeds, a welcome addition to weed control in OSR now that pre-emergence chemistry isn’t applied regularly, and the crop is in the ground three weeks earlier than it traditionally used to be.

The crop is just about put to bed for the winter now, with the last applications of propyzamide-based chemistry for blackgrass and prothioconazole for light leaf spot being applied imminently.

Looking forward, planning for spring cropping is under way. Stale seed-beds this autumn have produced good flushes of grassweeds which have been sprayed off with glyphosate – more than once in places.

If stewardship rules allow, and where soil erosion isn’t an issue, stubbles yet to be worked for spring cropping should now be worked while the land is relatively dry to allow winter weathering to do some of the secondary cultivations for you.

This also reduces the need for multiple cultivations which can wick away precious moisture if done in the spring.

Over the winter, variable seed rate plans will be worked out and generated and some drills will be retro-fitted with application technology to allow for placement of N and P fertiliser with the seed to get spring cereals off to the best possible start.