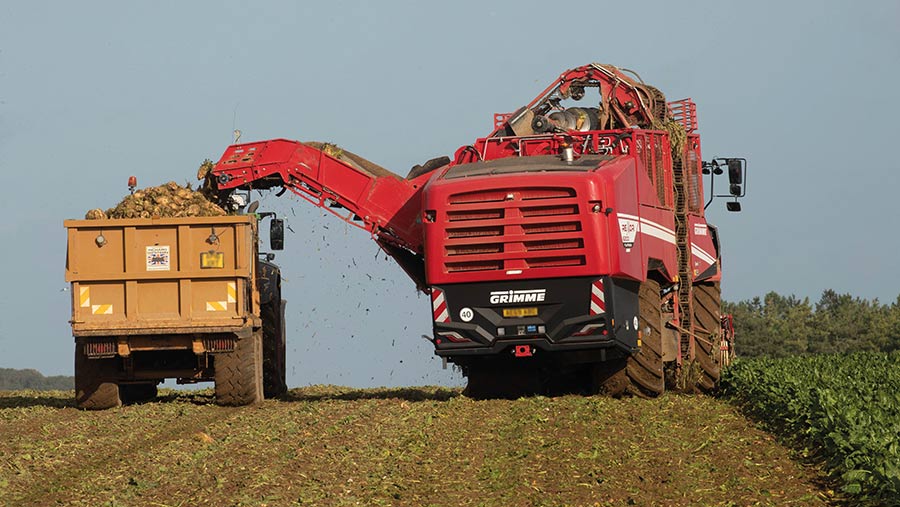 A more favourable autumn has seen good establishment of winter cereals, while OSR crops have motored on with the mild temperatures.

The drier weather is also leading to much better beet-lifting conditions than in previous seasons, with lower dirt tare levels.

Despite a fairly wet month, we were able to drill all our wheat except for a very few of the worst blackgrass fields before the end of October. What’s more, the crops went in much better than last year, and after spraying off a decent flush of blackgrass.

In an October that wasn’t noticeably drier than 2020, this really underlined the wisdom of “cultivating dry to stay dry”.

This August may have been unsettled, but we only had about 25mm of rain against a good 125mm the year before.

So even after a 40mm burst of October rain, our cultivated ground was drillable again within five days, whereas last season every 15mm called a halt to drilling for days on end.

If we don’t start drilling until mid-October these days we don’t think we can realistically bank on a window of much more than 10 days to get our wheat in reasonably well.

Which means we can’t afford anything getting in the way once the drill gets to the field and need to match our drilling capacity very carefully to this reality.

As well as trying to avoid cultivating when it’s too wet, we’ve been prioritising dealing with the trash that can be so problematic after a catchy harvest. We’ve found that matching our cultivation approach closely to the drill is crucial here.

We know we can get equally good establishment with tine and disc drills. But we generally find tine drills work better where the cultivation has been more disc-based, and disc drills give us better results following more tine-based soil working.

We have also been buying ourselves more time by getting on top of blackgrass.

Being able to drill more of our fields from the end of the first week in October, rather than waiting until after the middle of the month, has been especially valuable in taking advantage of this year’s best sowing window. Which, in turn, will mean better-grown crops going into the spring to deal with whatever the climate throws at us.

Thankfully, better-grown OSR also looks to be on the cards for the spring following the wet and warm October. Later sowings causing us concern a month ago have grown away from the beetle strongly now to create good early canopies.

Autumn prothioconazole is just going on, together with the extra molybdenum and boron that we find always help.

With more than half an eye on costs, we will be managing our spring fertilisation more precisely than ever, to both green area indices and N-mins this season.

Accurate N-min measurements will be particularly crucial to maximise both OSR and cereal nitrogen use efficiency on ground having organic manures.

The low carbon:nitrogen ratio cover mixtures of phacelia, vetch, buckwheat, oil radish and clovers that have also been profiting from October’s excellent growing conditions should give our spring barleys a good start too – in soil condition as much as early N supply.

Overall, there’s much to be encouraged about this time around.

Bonfire night is now behind us, and the shorter darker days have made getting around this autumn’s larger area of well-established crops more challenging.

An extended power cut in our village yesterday evening brought home just how dependent on technology we have become.

Crop management still relies heavily on boots in the field, especially when daylight is fading.

Crop establishment has been highly successful. I am very much looking forward to a spring when the biggest questions will not revolve around which areas need patching up and which crops have failed (hope I haven’t spoken too soon!).

Pre-emergence strategies on winter cereals are performing well and, so far, only a small number of fields have needed contact herbicides for grassweeds. Resistance is widespread, however I can’t help thinking that 50% control is still worth having. If you consider a particular field needs treating, do not delay.

Soil temperatures are borderline for propyzamide applications. Many years of research has shown that weed control from this product is not diminished by large canopies.

While aphid reports are reporting low catches, we are still finding winged aphids in some fields and one or two earlier established winter barleys have received a second pyrethroid.

Cabbage stem flea beetle larvae can now be found in winter OSR crops. Entry scar numbers are low, and plants are strongly established, giving them every chance of thriving next spring.

The mid-October drillings of winter beans are now emerging evenly. Some bleaching from the pre-emergence clomazone is apparent, but this will not affect the crop in the long term.

Thick areas of volunteer beans are present in some wheat crops, low populations can be safely left until spring.

However, where the crop is suffering from competition, prompt action is needed as currently approved products are slower acting than the old faithful mecoprop, which has no autumn approval.

A kind September and October has granted us a successful drilling season, with all planned autumn drilling completed and autumn residuals applied.

Just to remind us that we are in the North West, late October came with a sting in its tail and some areas of Cumbria received more than 300mm of rain in two days, putting an end to fieldwork on many farms.

Autumn cereals and oilseed rape have all established very well. Oilseed rape, in particular crops sown in August, are exceptionally strong and will need careful management in spring.

Grass is still plentiful, and many farms still have stock outside as the mild weather is maintaining soil temperature.

Autumn re-seeds have generally been successful with the mild weather and farms should consider light grazing over winter with sheep where reseeds are well established to encourage the tillering process.

However, avoid overgrazing and leave a 4-5cm stubble to allow the plants to recover quickly and aid the new seeds in building a strong root system.

Fertiliser is on everyone’s minds at present with soaring prices, and if there was ever a time to fine-tune your fertiliser practices, this is it!

My recommendations would be to enhance your use of manure and slurry by analysing your on-farm manures to see what you have in store, then discuss the results alongside your current practices with your agronomist to optimise spring nutrient plans accordingly.

In both arable and grassland crops, weed control is important to reduce wasting nitrogen. 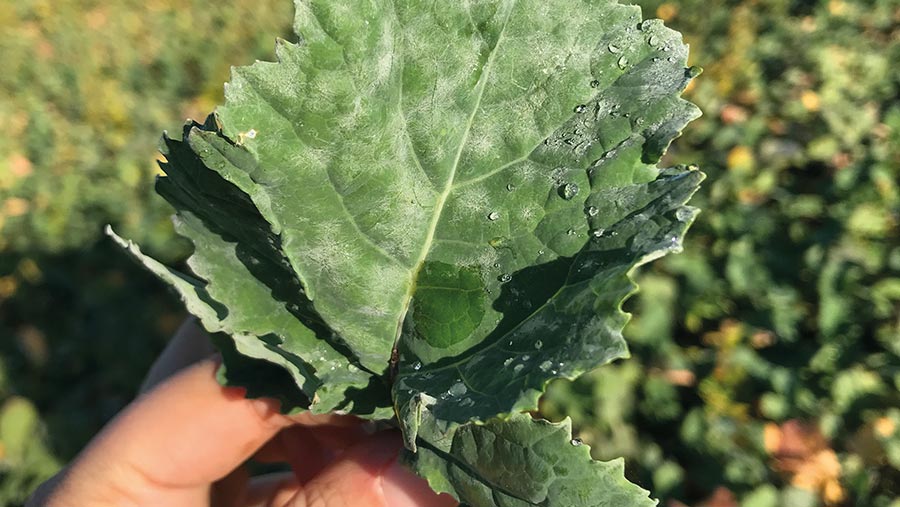 As the nights begin to draw in and the temperatures drop, it is starting to feel like winter is upon us.

Drier weather is allowing sugar beet to be lifted here in the East, with the drillman and sprayman not too far behind.

Sugar levels at my local factory, Bury St Edmunds, are fluctuating around 17.13%.

After some tough seasons, finally we have some ideal lifting conditions. These are keeping dirt tares at about 4.6%, below levels seen in recent years, and are also enabling some reasonable seed-beds for following winter wheat crops.

All in all, I have to say this beet season has been a lot more positive than those I have seen recently, with low pressure from disease, pests and virus yellows.

Winter wheat crops after beet are taking considerably longer to emerge than those drilled earlier in the autumn.

At present, I am having very few issues with the crops emerging through the beet debris; the only threat to establishment seems to be coming from rooks.

While air temperatures have dropped, soil temperatures at the time of writing are still not quite cold enough to be applying propyzamide or propyzamide + aminopyralid to oilseed rape crops where tricky grassweeds are an issue.

I am, however, starting to see small amounts of phoma on forward crops, although there are not enough of the white circular lesions to warrant spraying as yet.

Threshold for treating phoma is said to be 10-20% of the crop infected depending on plant size. A helpful way of predicting when 10% incidence will occur is to use the AHDB phoma leaf spot forecasting tool online.

It is likely that a mixture of prothioconazole and fluopyram will be applied to a lot of my oilseed crops to combat light leaf spot and phoma, while providing incidental control of powdery mildew which is prominent in crops this year.

Hopefully, the timing will coincide with the propyzamide-based applications.