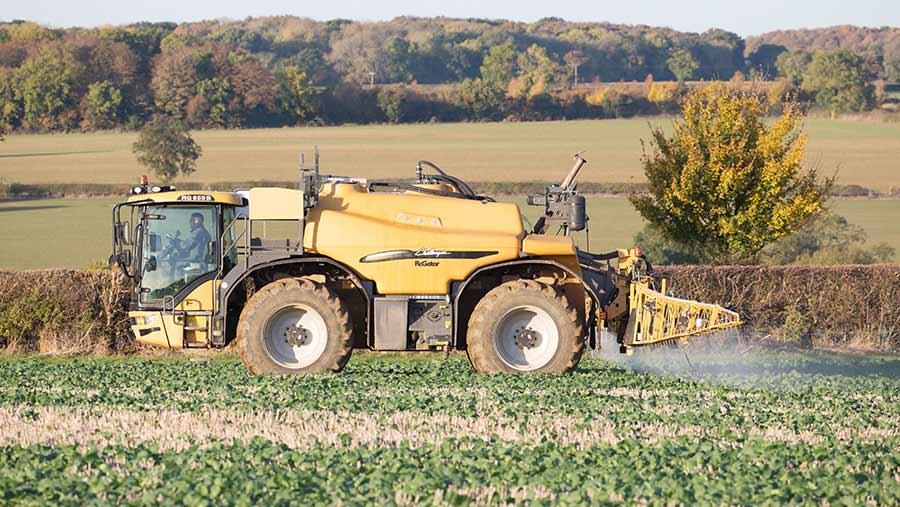 For those growers who are lucky enough to get some wheat drilling done, there is a greater risk of crop damage with poorer quality seed-beds, warn agronomists.

A combination of inconsistent seed depth and rain washing active into the soil is putting emerging plants at greater risk from the residual herbicide stacks.

Growers in the south are also being warned that oilseed rape crops with average to poor phoma resistance are already showing symptoms and in desperate need of a fungicide treatment.

Arable Alliance (Yorkshire)
The wet weather has continued throughout October which has produced some very challenging drilling conditions to say the least. 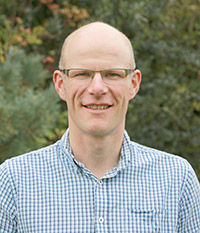 Comments such as “at least the seed is in the field” and “I had to swerve round that part of the field with the drill” have been frequent.

Blocked seed drills and machinery getting stuck, including quad bikes, indicate how difficult the last month has been.

There still remains a significant area of planned autumn cropping to sow on heavier soil types. While there is hope and ambition to sow more wheat this autumn, conversations are increasingly looking at spring cropping options.

Early-sown wheats are now at the three leaf stage and look well. There has been understandable grower envy at those that have sown early before the wet weather took hold.

However, any pre-emergence herbicides that were applied went on to dry, warm seed-beds so will have struggled to work as effectively.

Follow-up herbicides have not been able to be applied and in many cases no pre-emergence herbicides were applied either. So the grower envy may change to grower relief next June when various grassweeds begin to appear above the crop.

The enforced delay to drilling has allowed large quantities of blackgrass to emerge prior to the crop being sown. This is a huge positive which can be difficult to acknowledge among the frustration and anxiety the wet weather has caused.

Slugs are increasingly active as poor seedbeds, plenty of moisture and relatively mild weather combine to provide ideal conditions for grazing. Wheat crops sown after oilseed rape are the highest risk, but second wheats and barley crops are also being attacked.

Regular monitoring is required as a higher proportion of fields have been sown later than usual and they are going to take longer to emerge and establish before being able to withstand pressure from slugs.

Oilseed rape crops range from two true leaves to shin high. Cabbage stem flea beetle activity has certainly slowed, but the aftermath of their activity is all too clear to see.

Not many crops have had to be written off so far, but there are some fields that have really struggled to grow due to persistent attacks from this pest.

Phoma is now appearing in crops, having had plenty of rainfall to establish and spread this disease with infection levels particularly high in susceptible varieties sown early. Many have reached threshold and will receive a fungicide shortly.

Propyzamide for grassweed control will also soon be required. With many crops not able to be sprayed with clethodim due to the poor weather, it will put more pressure on propyzamide to control weeds such as blackgrass. 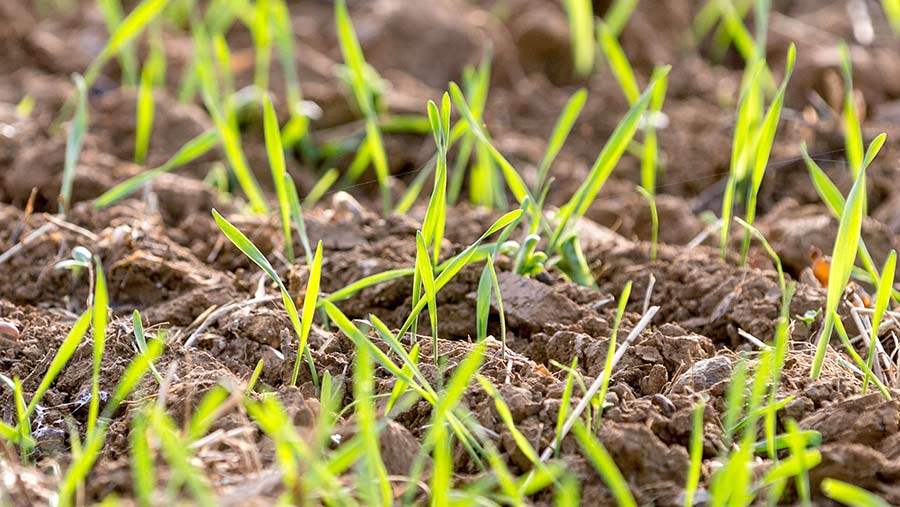 Farmacy (Beds/Herts)It would be an understatement to say that the weather hasn’t been playing ball over the last month. 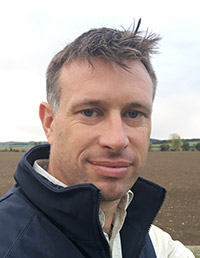 At the time of writing I have growers who have absolutely nothing drilled, through to a few who have just about planted all of the winter cereals that they had planned to.

Wet conditions are seeing crops drilled into wet, cloddy seed-beds, which won’t get rolled before the spring.

Care needs to be taken when planning pre-emergence herbicide applications on these fields, especially winter wheat, where there is the potential for large stacks of active ingredients to be applied to combat blackgrass.

Seed depth is critical when applying tri-allate, as it is active on the hypocotyl of the wheat plant. This could lead to crop loss if the seed is drilled at an insufficient depth, or the product finds its way around and underneath any clods either during application or from subsequent rain.

Earlier drilled cereals, into relatively good seed-beds are showing these symptoms, so the potential is for this only to get worse as seed-beds get wetter.

With the loss of clothianidin seed treatments, eyes turn to emerging crops to monitor aphid activity with regard to the spread of barley yellow dwarf virus.

Recent field visits have shown that bird cherry oat aphids are present, and I have been surprised to see just how quickly after emergence they have moved into the crop and produced juvenile offspring – in some cases as quickly as two-to-three days post emergence.

Although some forecast models are not advocating applications of insecticides for a while yet, I would err on the side of caution where they are present, especially with the increased risk of higher numbers carrying the disease this year.

Monitor and treat on a field-by-field basis, rather than an unnecessary blanket approach.

AICC (Sussex)
Interesting times. I had a wry smile when I received my reminder to do this month’s Cropwatch – there aren’t many crops to watch!

At home, we have had a third of our annual average rainfall in October. Some people have managed to get a bit done, there are some earlier drilled winter barley crops showing through, but generally speaking, things are looking a bit sorry. 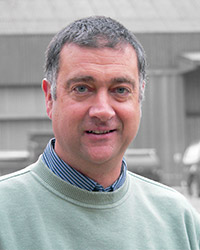 The problem is, I don’t think we’ve had longer than four days without rain. For the first 26 days of October it rained on 23 of them. We keep being promised better weather next week and then the rain returns.

But it will change. It always does. I remember in past years drilling wheat in perfect conditions in late November. I have heard stories about linseed being combined while Christmas carols were being played on the radio. The reality is that we can still drill wheat well into the New Year.

Probably about 15% of the oilseed rape area I look after has had to be written off. Most of that 15% was drilled after 25 August.

Somebody, somewhere, has to enlighten the powers that be about the consequences of not being able to grow oilseed rape anymore, a genuinely realistic possibility. What a turnaround it would be if the national bee population plummets because one of their most important food sources disappears?

I’m keeping recommendations to a minimum at the moment. People are finding it difficult enough to get pre-drilling glyphosate and pre-emergence herbicides done. One positive thing about the enforced delayed drilling is that the barley yellow dwarf virus risk is reducing day by day.

Also, once drilled and sprayed, a lot of these crops will have been put to bed for the winter. I’m hoping in a couple of weeks I will be rushed off my feet…

Matford Arable (Devon)
This planting season is proving to be challenging and that is a bit of an understatement. In the South West, we are a long way off being planted up and the ground at time of writing is completely waterlogged.

Some cereal crops are emerged, but few have received their planned pre-emergence herbicide treatments. 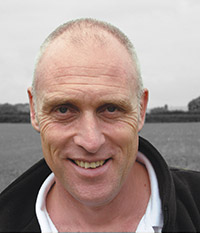 Some of the earlier planted crops are also overdue an aphicide application for barley yellow dwarf virus, but again, few of these applications have been made, leaving crops at risk of this very damaging disease.

The last two weeks has seen some drilling completed, but most of this has been achieved by following right up the back end of a plough with a power harrow/drill combination. For ground that was cultivated earlier, we are going to have to have a significant dry spell to stand any chance of getting it planted.

Winter oilseed rape crops have by and large established well enough to stand, despite the best efforts of both flea beetle and slugs.

Those crops with average to poor phoma resistance are already showing symptoms and in desperate need of a fungicide treatment. Hopefully, we will get a small dry window to allow us to get these crops sprayed.

Following discussions with some growers there may be the need to alter cropping plans, within rotational constraints, to allow crops to be drilled.

We are lucky on many farms that we have the flexibility to switch crops between fields due to there being a large maize and winter oat acreage. This means we may have to grow a second crop of each, but this is a better option than not planting.

If the current weather continues there will be many growers who will start to think about spring cropping options. This will inevitably put pressure on spring cereal seed supply, so growers may be well advised to start taking options fairly soon.

Being an optimist, I am looking at this report and thinking what a miserable piece it is, but hopefully we will get a break in the weather this month to allow drillings to be completed.