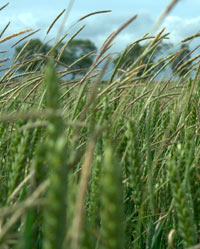 But he was not convinced policy makers understood why they were not used more.

As herbicide resistance bit harder, the only way of restoring control was with new herbicides, he said. “In the absence of new options farmers will have to rely on non-chemical methods. Politically in the EU sustainable use directive, non-chemical controls are also being promoted.”

But chief among the reasons farmers were reluctant to use them was because they were typically less effective and more variable than herbicides, he noted.

Most weeds would be classified as resistant or moderately resistant to cultural techniques if the level of control was compared with that needed for a herbicide to get a label recommendation, he said. “Frankly they are pretty pathetic. If they were recommended as a herbicide, a farmer would tell you to get off his land.

“We need to get real and not pretend they can completely replace herbicides. But I’m not convinced policy makers really understand why they are not.”

Other reasons included that cultural controls were harder to manage, more risky, more expensive and didn’t necessarily remove the need for herbicides.