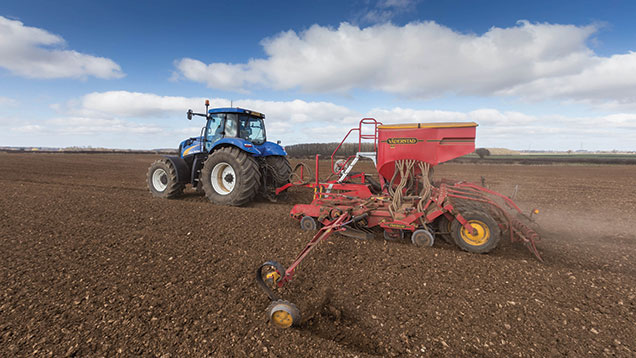 Winter barley has outperformed second wheat in a long-term trial, offering an average £255/ha higher gross margin in four of the past five years.

This advantage over wheat is in part down to high yields from the newer two-row conventional barleys from breeder KWS, which this year account for 67% of the total winter barley certified-seed market.

Breeding advances have also fuelled interest in the crop, as underlined by the latest AHDB figures, showing that the winter barley area to be harvested this summer is up 4% at 439,000ha.

Looking to next year, the low cereal and oilseed rape prices could see it rise further.

“Growers are looking to reduce their costs plus some have given up on oilseed rape, so barley could be the answer this year,” says KWS product development manager John Miles.

“The variable costs for barley are 65-75% of wheat, which means winter barley can’t be ignored next season.”

KWS has for the past five years been running a long-term rotation trial at the firm’s product development field near Fowlmere, Cambridgeshire. It has compared KWS two-row winter barley with the best second-wheat varieties at that time.

“Growers are looking to reduce their costs plus some have given up on oilseed rape, so barley could be the answer this year.”
John Miles, KWS

It’s not just the overall figure, she points to the consistency of results over the period.

“The only year barley didn’t come out on top was last season, which was an exceptionally good wheat year.”

In the other four years, there was a consistent advantage of barley over different growing seasons.

There are additional benefits, as Mr Miles highlights, such as the extra value of the straw and spreading the workload.

Mr Miles says growers should treat it as they would a second wheat.

Timing depends on soil and location, although he urges growers to be cautious when drilling in the second week of October or later, as it is not as robust as wheat (see “Barley blueprint”, below).

“There is a saying that if a barley looks ropy in spring, then you will have a ropy barley crop.”

Mr Miles explains that is because the number of grains/ear is set at stem extension while for wheat it is not until the flag leaf.