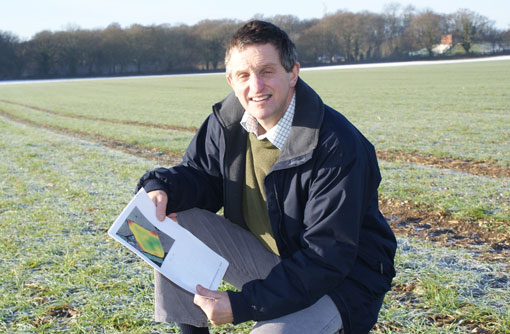 Winter cereal drilling was completed on 30 September after 15 days of relatively stress-free work. The August rainfall of 138mm plus another 30mm in the first half of September meant that soils were still quite moist underneath. With temperatures in the high 20s in early October, there was rapid germination of both the crops and blackgrass. A consequence of the dry soil surface is that the pre-emergences have not worked very well.

The current predicament is when to apply the follow-up Atlantis (iodosulfuron + mesosulfuron). I feel that I should wait for some surface moisture, which will activate the Liberator (diflufenican + flufenacet), making the blackgrass more sensitive and causing a second flush of weeds which will allow the residual partner to work. Finally, the crops could do with some lower temperatures to harden off.

With the current workload over, I decided to take my sailing dinghy up to Bala Lake in north Wales to compete in the Inland Championships. To occupy myself on the long journey north, I indulged in some serious hedgerow farming. It soon became obvious, as the further north I travelled, there was a distinct lack of moisture and had been for sometime. The area worst hit seemed to be Shropshire and just over the border into Wales. It looked just like our gravel soils in mid-summer, with livestock standing around with little to eat in parched fields of grass. Newly-sown crops had very patchy emergence, with large areas of bare soil.

It does you good to get out after a long period on the farm and to see how other parts of the country are faring. I felt very sorry for the local farmers who have no choice but to carry on and hope for rain.

The sailing by the way was excellent, as was the company. Quite refreshing not to talk about farming for a whole weekend.

Read more from Neil and our other Livestock Farmer Focus writers.