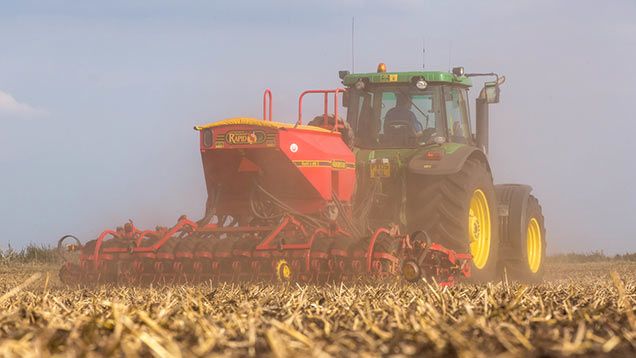 A decision on whether growers will be allowed to use neonicotinoid seed treatments on oilseed rape is expected to be announced on Friday (3 July).

It follows weeks of wrangling over an NFU request for Defra to grant an emergency authorisation so farmers can use neonicotinoid-treated seed when planting rape this summer.

Defra has the power to allow farmers to use neonicotinoid-treated seed – despite an EU-wide ban introduced amid concern the chemicals are harmful to pollinators, including bees.

The NFU disputes the assertion that neonicotinoids kill bees, insisting the chemicals are a vital weapon for farmers in the battle against pests such as cabbage stem flea beetle.

Defra has insisted it will take a science-based approach when deciding whether to grant the NFU request – but EU rules mean any permission would be strictly limited and controlled.

The emergency authorisation application has been discussed by members of the Health and Safety Executive’s Chemicals Regulation Directorate (CRD).

But the status of the NFU application remains unclear, with the union warning that time is running out to get treated seed to growers even if permission is granted.

An NFU spokesman said: “We are working with what has been a difficult process with the CRD to achieve some pest control for the farmers who need it.

Preparations for planting are approaching and it is vital that farmers have access to the necessary products to grow a healthy and viable crop and we urge the CRD to make decisions in a clear and timely way.”

A CRD spokeswoman said the directorate expected to be in a position to reply to a Farmers Weekly request about the status of the application on Friday (3 July).

The NFU said it had submitted extensive evidence to support the need for emergency use in the way of demonstrating the damage the lack of neonicotinoids has caused to rape crops.

But it said the the application process for emergency use had proven to be obscure, confusing and worryingly political to the detriment of many farmers in need of treated seed.

NFU combinable crops chairman Mike Hambly said the union had also been asked for more information in addition to the application it had already submitted.

The ambiguity of process and basis of decision-making had made it difficult for the NFU to know how to move forward with the application, he said.

At the time, it was felt that a Defra decision on the authorisation would be needed by the end of June for Syngenta to distribute treated seed to growers in time for planting.