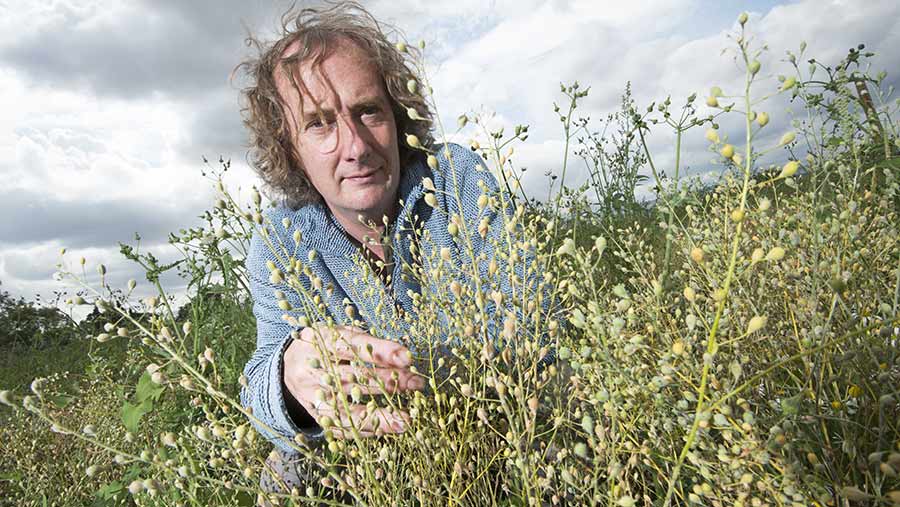 A five-year series of trials using genetically modified camelina plants has been given the green light by the UK government.

The successful application by Rothamsted Research follows previous GM camelina trials carried out last year by the agricultural institute across two sites in Hertfordshire and Suffolk.

The first part of the proposed research will determine performance in the field, and the seed oil yield, of transgenic Camelina plants that have been engineered to accumulate omega-3 fish oils in their seeds.

Very pleased to learn that my latest application for new GM field trials here @Rothamsted has been approved! New omega-3 camelina, gene-edited lines and much more. Fish oils in the field! https://t.co/jbAvhgPahu

A recent study led by the University of Southampton found the uptake and use of these oils by the body was the same whether plant- or fish-based sources were consumed.

Similarly, in a collaboration with University of Stirling and the Norwegian University of Science and Technology it was shown that these GM oils were an effective substitute for fish oil in the feeds of farmed salmon.

Researchers hope to develop a sustainable source of these beneficial oils from plants rather than from oceanic sources and to provide more of these important nutrients.

The second strand of work will look at the performance of camelina plants whose metabolism has been altered to increase seed oil content.

The final part will investigate the performance of camelina plants engineered to contain less sinapine in their seeds. Sinapine is a bitter-tasting, anti-nutritive chemical that can make the protein-rich seed meal less palatable as an animal feed.

The trial also includes appraisal of some gene-edited plants, which were reclassified as GM by the EU last year. This part of the trial, using CRISPR-Cas9 gene editing technology, is looking to boost the amount of oleic acid – used in both food and industrial processes – already in the seeds.

GM Freeze and another 34 UK-based anti-GM organisations had asked Defra to reject Rothamsted’s application in an open letter sent to the department in March. They argued that the trials could cause harm to the environment and their results would yield no net benefit to society.