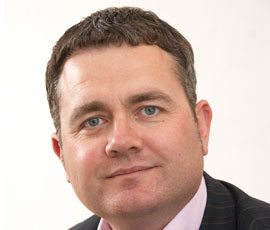 Dominic Dyer has stepped down as chief executive of the Crop Protection Association after four-and-a-half years in the role.

Mr Dyer left his position at the end of June to pursue new opportunities and challenges in the non-governmental and charitable sectors.

Remarking on his departure, Mr Dyer said: “It has been a huge privilege to lead the Crop Protection Association over the past four-and-a-half years and to be able to play such a key role in raising awareness of the vital importance of crop protection and other plant science technologies to securing our future food supplies at a time of rapidly rising food prices and food security concerns.”

CPA chairman Stephen Henning paid tribute to Mr Dyer, saying: “Dominic has been a passionate and visionary spokesperson during his time as chief executive and is highly regarded as an ambassador and champion for our industry on a UK and international basis. We wish him well for the future.”

The CPA said board members had begun the process of finding a replacement, but no further details were available at the moment.