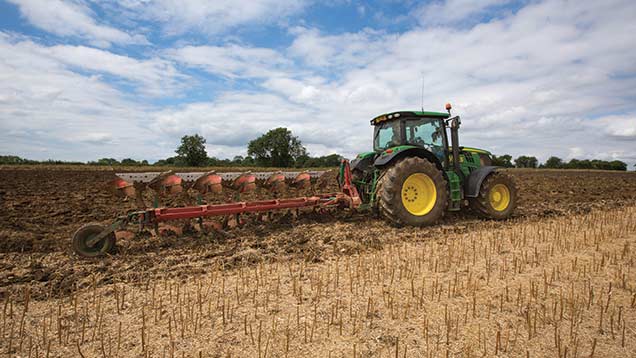 The spotlight is on cutting machinery and labour costs when seven farming business get together with consultant Jamie Gwatkin.

The group also serves as a forum for new ideas and stimulates discussion over managing costs and future machinery purchasing decisions.

“Fuel costs are a good example of how benchmarking can be used to quantify costs. During the past 10 years, fuel price has increased by more than 300%,” says Mr Gwatkin, an independent rural business consultant retained by the group.

By far the biggest cost of any machine is the standing cost, which is depreciation and interest combined.

“The standing cost for the group is currently just under £100/ha. That compares with a maintenance cost of £33/ha and a fuel cost of £42.60/ha, so it is a significant chunk and a key driver for purchasing decisions,” adds Mr Gwatkin.

Labour costs and efficiency have also come under the spotlight (see table 1), and the potential to make savings is clear (see table 2).

“The group’s average labour cost of £55.60/ha is one-third lower than the 2014 figure in the HSBC planner, which is £75.40/ha. Likewise, machinery, administration and finance costs show the same sort of difference,” he says.

Establishment costs have come down by £6.35/ha to £105/ha in the past three years, reports Mr Gwatkin.

The Joint Venture Farming Group has seven members representing 11,000ha and was formed in 2003.

The chance to exchange knowledge and ideas, drive down costs and benchmark performance is invaluable, says Norfolk member Jamie Symington.

Latest recruit Paul Garfoot of Chalke Valley Farming in Wiltshire is impressed with the quality of information available. “It’s just what I need, especially as farming businesses come under more pressure.”

And James Hamilton of Granta Farming in Cambridgeshire has made changes to his machinery replacement policy following his involvement.

Anyone wishing to find out more about the group should contact group chairman Antony Pearce on info@jvfg.co.uk or visit the website.

“Efficiencies have been made, mainly through a reduction in primary cultivations costs. These now amount to £38/ha, while two years ago they were £46/ha,” he says.

A 7% improvement in work rates plus a fall in machine and implement costs have contributed to this, and part of that has been achieved by a closer look at “prime mover” tractor costs.

Moving back to wheeled tractors has reduced the standing cost, without causing compaction issues, points out Edward Hitchcock of Pelham Farming Company, who has also looked at the performance of machines with different operators at the wheel.

“We found a £7/ha difference in costs with different operators, even though they did the same hours,” he says.

A review of the cost of operations on a per-tonne basis for both wheat and oilseed rape also show improvements across the group.

Harvesting costs – another key cost – have reduced too. “The carting cost was higher this year, but that was due to the size of the harvest,” he adds.

“We’ve compared work rates with the harvesting cost/tonne across four Case 9230 combines, after members moved to them from other makes. Those with the highest work rate also had a higher harvesting cost – highlighting where farms were overmachined,” he says.