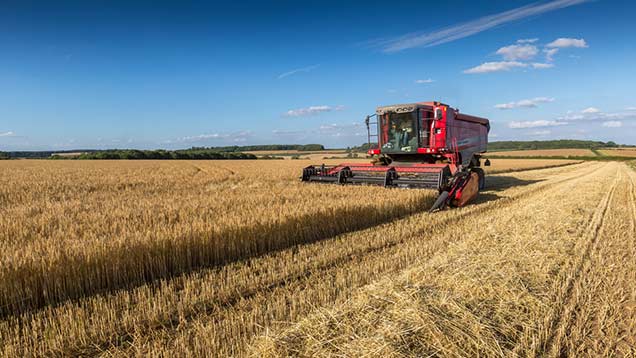 Winter barley yields so far this summer are over 1.5t/ha higher than five-year average yields according to four Recommended List trials stretching from Hampshire to Teesside.

The yield of control varieties was 10.88t/ha compared with the five-year average of 9.35t/ha, and the highest yield at 11.53t/ha came from the Teesside trial site.

See also: Find out the five top winter barley varieties in your area

The six-row hybrid feed varieties came out top with Volume at 107% and two newer hybrids Bazooka at 109% and Belfry at 107%.

Six-row conventional varieties also performed well with Meridian at 104% and Daxor at 102%, with the first achieving the best untreated yield of Recommended List varieties.

Among the two-row varieties, Glacier came out top at 102%, while of the brewing varieties Talisman had a yield of 96% and Venture 93%.

Simon Oxley, AHDB varieties experts, says when selecting varieties for the coming season five-year average yields are a good guide to performance over a range of seasons.

Looking at five-year average yields, two–row feed varieties Infinity, Glacier and Tower have all performed well and all show a yield of 101%, he says.