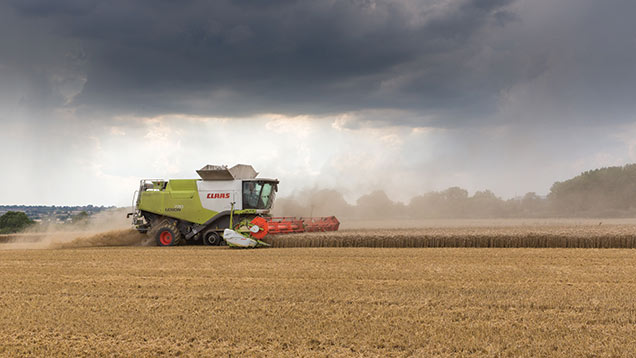 The average yield of standard control winter wheat varieties reached 10.47t/ha, 0.32t/ha above a five-year average, with the best yields coming from Suffolk at 12.94t/ha, according to AHDB Recommended List trials.

Using five-year averages, which the AHDB says are a better guide for picking varieties to drill this autumn, the feed wheats were led by Reflection (106%),  Evolution (105%) and Santiago (105%), while Skyfall at 101% led the milling wheats.

Spring barley control varieties showed yields of 8.33t/ha, up 0.95t/ha or nearly 13% on a five-year average, with the spring crop mirroring the impressive yields seen with winter varieties.

Winter barley continued to show impressive yields, with control varieties up 11% on a five-year average from 17 trial sites from south-west England to Aberdeenshire.

Yields of oilseed rape control varieties in the northern region of the UK were 16% ahead of a four-year average from four trial sites in Teesside, the Scottish Borders, Midlothian and Fife.