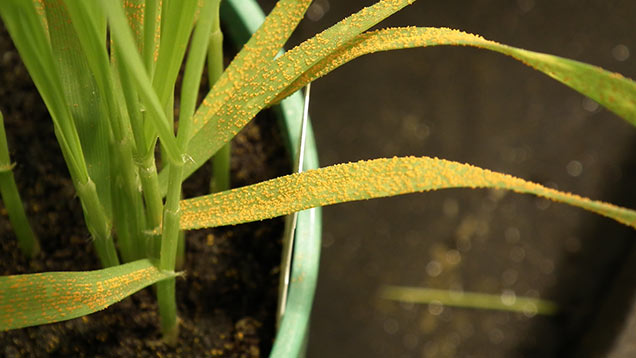 Experts are urging cereal growers not to panic despite early signs of yellow rust being found in early-sown winter wheat crops.

The mild autumn coupled with disease carryover from the summer has resulted in early symptoms of yellow rust showing, even on varieties with good resistance.

Niab Tag cereal pathologist Sarah Holdgate says the resistance in the adult plants means they are able to outgrow the disease at later growth stages.

However, she does warn that yellow rust being found in more susceptible varieties could carry over into the spring and become more difficult to control.

“Very cold winter conditions can slow the disease, but unless the infected leaf is actually killed, the fungus will survive through to the spring,” she says

He points out while more susceptible varieties face a greater risk from early infections, an autumn fungicide spray is unlikely to be necessary.

“Spraying against yellow rust in the autumn is rarely needed except in exceptional circumstances – normally the rust can be tackled in the early spring,” he says.