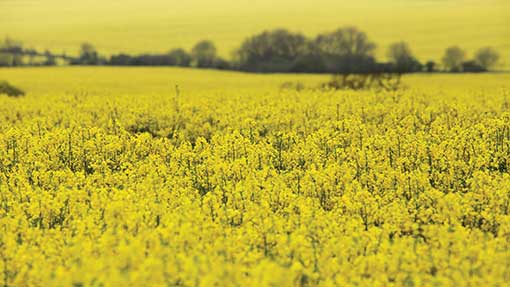 The run-up to harvest is a good time to prepare for the full effect of CAP reform. Yes, we are still waiting for much of the finer detail, but action can still be taken now to ensure farm businesses are well placed to cope with the upheaval when it comes.

Further details about the way reform will be implemented were delayed again by this month’s local and European elections. But by planning now, growers can ease the pressure when those details emerge while they are busy during harvest and autumn cultivations.

As a main strategy, growers should ensure they have completed the major part of their 2015 crop planning now. The finer detail will have to wait until DEFRA releases full details of how it will implement greening rules, including crop diversification and ecological focus areas.

The classic approach would be to plan your cropping as usual – but do so on the assumption that you will receive only 70% of your basic scheme payment. See what that scenario looks like based on current practices and without the additional 30% of greening money.

Some farms will fare better than others, but one thing is certain: the 30% greening payment will involve some complexity – and some penalties. In particular, growers will have to decide how best to integrate requirements with existing ELS/HLS schemes and to contend with so-called diversification rules requiring them to grow two or three crops.

Some commentators believe the three-crop rule alone could cost a typical 300ha farm £9,000-30,000 depending on previous cropping practices on any particular holding. I don’t disagree with that estimate – greening may result in a few cost savings, but the hit on gross margins will be inescapable.

Some farmers may find it worthwhile to consider opting out of the three-crop rule for the initial year or so – it depends on what their sums look like. The penalties for opting out are not as onerous to start with as those planned for later years.

That said, farmers should consider how much worse off they will be without 30% of their payment. Some will decide they won’t be much worse off at all. And if individual circumstances change, opted-out growers can always change their cropping plans later and opt back in.

The desire to avoid penalties could also be a real stimulus to neighbouring farms working together. Collaborative working to reduce costs is a good and proper business target and should not fall foul of “artificiality” rules aimed at preventing growers from circumventing greening requirements.

This must mean increased visits, inspections and measurements once more. The three-crop rule remains the most bizarre bureaucratic rule ever faced by farmers. No doubt in 2015 and 2016 some wonderful examples will be photographed and written about.

As someone who actively re-structures family businesses for farmers as a routine activity, clients have worried about degressivity and the active farmer rules – as well as serious concerns about creating wholly “artificial agreements”.

Short-term farm business tenancies are common, particularly in eastern England with specialist cropping, weed control and crop rotations to consider. Great care will need to be taken in individual circumstances.

These rules are complex and it remains to be seen how they will be policed. I would not advocate people taking risk – I am an advocate of self regulation, but farm inspections are costly. And who is going to stand in judgement of whether or not a business arrangement is artificial?

Continuous wheat farms face a special challenge, not least in the east of the country because of blackgrass. Again, growers should see whether they can work with their neighbours over the next three to five years to make some cost savings. It could be a very good business decision.

Smaller parcels of land separately owned and occupied – hence separate claims – but block-cropped by a single contractor could also fall foul of the new rules if they are not integrated.

It may be an idea to bring those landowners together in a joint venture – especially if they are financially better off as a result.

Nitrogen-fixing crops such as winter and spring beans and peas may start to become very attractive – compounded by the recent drop in oilseed rape prices and whether DEFRA decides beans can count towards an Ecological Focus Area (EFA) requirement.

If you want a break crop, the 2015 rape price is lacklustre. Allied to the price of nitrogen, the rape gross margin next year may well be pretty dull. It remains to be seen how much volume the market will stand, but beans may be a strong pull on a typical arable farm – if rape yields in excess of 4t/ha cannot be achieved.

The longer decisions are delayed, the more difficult it will be for farmers to make the practical decisions necessary for a successful start to the 2015 cropping year, and most particularly the “greening” rules requiring farmers to implement additional environmental measures.

DEFRA’s faith in broadband and the universal use of information technology will be tested to the hilt in 2015, when all existing environmental scheme data and Rural Payments Agency maps are merged with existing direct payment details.

Other issues of great significance are also yet to be clarified.

Legislation already provides a four-line definition of a farmer and there are long lists defining agricultural products. But more definitions need to be revealed, perhaps the largest is what defines a winter and spring crop under crop diversification rules.

The legislation states that winter crops and spring crops will be considered as distinct crops, even if they belong to the same genus. But planting spring barley early and the late planting of winter wheat quite commonly occurs – and who will draw the line?

Agricultural activity is taken to mean keeping land in good agricultural and environmental condition, or producing and rearing animals or growing crops – but now an “active farmer” must carry out a minimum activity on land that is “naturally kept”. Whatever that might mean?

To make a successful Basic Payment Scheme (BPS) application in 2015, the programme will really commence in September/October 2014. Applicants must meet the active farmer test and have at least 5ha of eligible land and five BPS entitlements as well.

In terms of simple definitions, it is easier for DEFRA to say who is not a farmer, than who is. Those running airports, railways, sports and recreation grounds are straightforward. Those who run or provide “real estate services” may well find their exclusion most unfair.

Seven years ago the capping of larger payments was aired. It was hoped that labour costs and salaries could be offset before any reductions, but this seems not to be the case. Capping will reduce basic payments by 5% on payments in excess of €150,000.

In summary, though, we face uncertainty until the full picture becomes clear. I would probably not be a seller of 2015 crops at this moment. I would stay on the alert instead, bearing in mind that the weather could yet have a bigger effect on the 2014 and 2015 markets.